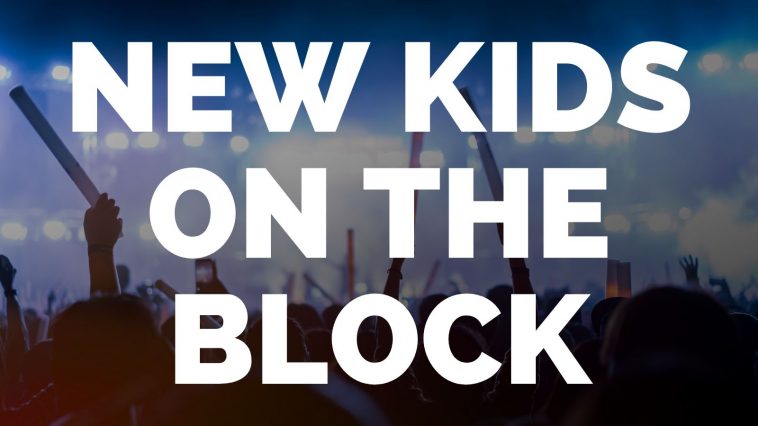 New Kids on the Block is an ‘80s-‘90s singing group inspired by the success of the group New Edition. Producer of New Edition, Maurice Starr, decided to experiment by gathering a group of suburban white kids, and the result was a pioneering feat. New Kids on the Block essentially kickstarted the boom of teen pop in the late 1990s. The group is an assembly of Donnie Wahlberg, Jordan Knight, Jon Knight, Danny Wood, and Joe McIntyre. This is the best time to buy New Kids on the Block tickets. You can have access to a very exciting show in a venue near you.

There were no events found for New Kids on the Block.

Their first album, a self-titled release, stumbled into existence. Yet, with the release of their sophomore album, Hangin’ Tough, NKOTB solidified their “neo-bubblegum” radio-primed pop sound. Five of the album’s songs made the Top Ten. Early on they toured all over the New England states singing in bars, school dances, and clubs. By the early ‘90s, despite their young ages, the group performed an average of two hundred shows a year. Even after all these years, when the kids are hardly kids anymore, the boy band performs for ecstatic audiences all over the country.

Producer and manager Maurice Starr booked New Kids on the Block wherever he could. Even though their young ages would typically make performing live difficult (McIntyre was only twelve when the group formed), they always found a way. In 1990, they began hitting the road with more gusto as they launched The Magic Summer Tour which was sponsored by Coke.

At the time, it was the top-grossing touring act in the country with an overall attendance of more than three million people. New Kids on the Block were a sensation, drawing young audiences to sell out their shows often. In ’91, they began touring throughout Europe and Asia. Even though they quickly became accustomed to shows in arenas and stadiums, in 1994, they decided to tour some smaller venues and clubs. After the subtle tour, though, the band split up until 2008, when they performed a reunion tour, New Kids on the Block: Live. In 2011, the group made a full swing back into the spotlight with the much-anticipated tour, the NKOTBSB Tour. They toured alongside the Back Street Boys to the excitement of pop music lovers.

Where to Buy Tickets to See NKOTB Live

The New Kids on the Block still perform for live audiences in venues that are nothing short of large and exciting. Audiences amass to relive their ‘90s youth or to simply enjoy the pioneers of a memorable pop era. While NKOTB is an exciting band to see live in concert, seeing them up close and in person post-prime makes them an affordable evening out. You can find the best ticket deals with the listings above.

Teenage-aimed boy pop bands are a familiar thing to our modern day and age. They hold a sentimental value comparable to that of the synth-y hair metal ‘80s sound many also love today. That era, in most ways, has come and gone. Yet, when you look at the lineup that blessed your ears throughout the ‘90s, few have achieved the success of New Kids on the Block. They are considered to have started the movement, and they have remained well beyond the lifespans of other boy band favorites. They’ve performed with Backstreet Boys, 98 Degrees, TLC, Nelly, Paula Abdul, Salt-N-Pepa, Naughty by Nature, Debbie Gibson, and Boyz II Men. In 2014 they received their star on the Hollywood Walk of Fame.

It seems probable that every popular band from the late ‘80s and early ‘90s must die at some point. Some die indefinitely, while others rise like a phoenix from their compartmentalized ashes. The New Kids on the Block have found a way to create a niche pop genre as well as surpass it.

They continue to tour alongside pop music icons and are often invited to participate in significant music moments. In 2018 and 2019, for example, they were invited to perform live for crowds on New Year’s Eve. Get the best seats at the next New Kids on the Block concert. Don’t miss out on an unforgettable performance near you.