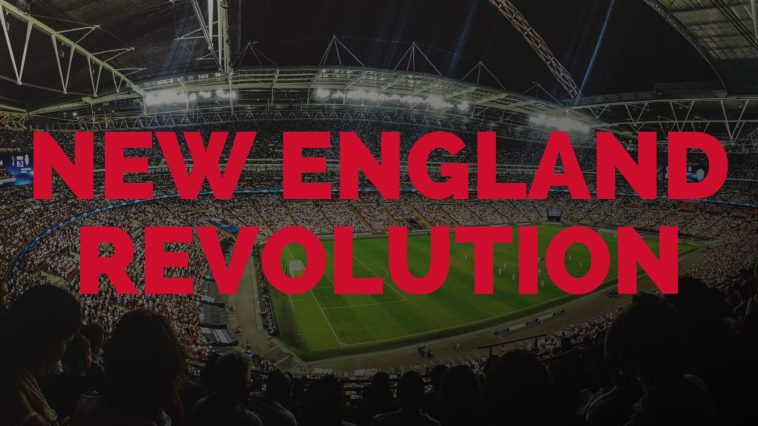 The New England Revolution was one of the founding clubs in MLS when the league debuted in 1996. While the team has been a stalwart of the league, they have often been overshadowed by their big brother roommate – the New England Patriots of the NFL. The Revolution shares an owner (Robert Kraft) and home (Gillette Stadium). A steady force in MLS through the 2000s, finishing in the top four in the Eastern Conference every year and reaching the MLS Cup Final four times. Embodying the club’s crest, the Revolution has been closely tied with the US Men’s National Team, featuring long-time American standouts both on the pitch and from the manager’s box. Taylor Twellman, Steve Ralston, Brad Friedel, Clint Dempsey, Juan Agudelo, Benny Feilhaber, John Harkes, Jermaine Jones, Alexis Lalas, and Michael Parkhurst headline a star-studded legends list for New England.

Gillette Stadium is located in Foxboro, MA, about 30 minutes southwest of downtown Boston. The stadium was opened in 2002 and seats over 65,000 but is typically capped at 20,000 for MLS matches. Tickets are available throughout the lower bowl, except on the south end. Even with a bit of a journey to reach the stadium from Boston, fans are treated to top-level amenities in the ground that is shared with the Super Bowl-winning Patriots franchise. The venue hosted MLS Cup in 2002 in front of a crowd of 61,000+ fans, as well as the FIFA Women’s World Cup and the Copa America (South America’s premier national team tournament). The area around Gillette Stadium has been completely rebuilt to offer restaurants, shopping, walking trails, and hotels for fans to build the complete weekend.

All of the standard seats offer great views of the field. If you want a higher elevation view of the match (TV angle) seats are available in the Putnam Club in the upper tier on the east stands. The Putman Club features seats in the upper deck, plus access to an inside fan area with TVs and dedicated concessions. If you are looking for drums, flags, and signing throughout the match the die-hard fans are seated in ‘The Fort’ which is located on the north end of the stadium.

Note: The New England Revolution do not require children that are two and younger to have their own ticket.

For the passionate New England Revolution fan that is ready to follow their club throughout the MLS schedule, you’ve come to the right place. We can help you buy seats across each of the MLS stadiums. Whether traveling with the Midnight Riders supporters’ group, your family, or just on a solo weekend to visit a new stadium and see your Revolution, let us help you secure your spot.

Fans can get to Foxboro within 30 minutes by car via Route 1 (southbound) and there is plenty of parking available throughout the area. Or you can ride the MBTA Commuter Rail system which has multiple stops nearby the stadium – the Franklin Line and the Providence/Stoughton Line. There are countless national chain stores and restaurants around the stadium, but if you are looking for something different before or after a Revolution match check out the premier movie theater the Showcase Cinema de Lux or walk south and take in the Nature Trail.

If you are looking to stay in the Foxboro area near the stadium, the Hilton Garden Inn Foxborough Patriot Place and the Renaissance Boston Patriot Place Hotel are both within walking distance to the stadium and the area shops, bars, and restaurants.

A wide array of ticket options for matches, home and away are available. Whether you are looking for the cheapest tickets to the next match or planning a road trip to check the greater Boston area and a New England Revolution match, we are here to help. Affordable options for tickets can typically be found throughout many of the sections of the lower bowl at Gillette Stadium.