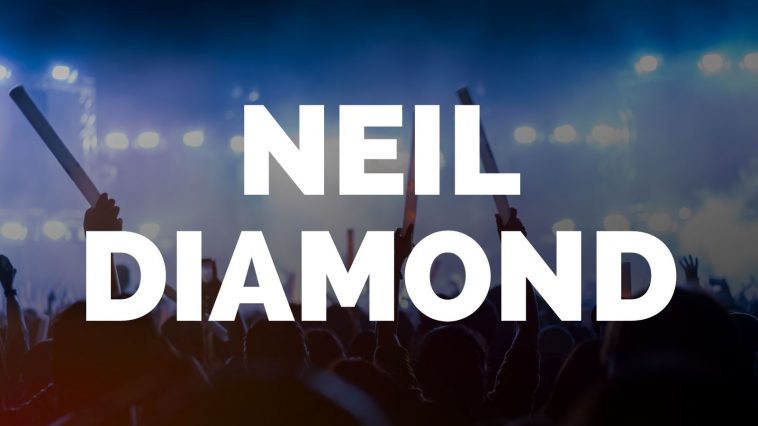 He’s one of the most notable songwriters and performers of our time. Neil Diamond songs have found their way to the ears of millions and are still beloved by many. Neil Diamond albums have sold more than 100 million copies, making him one of the biggest selling recording artists of all time. He’s a member of the Songwriter’s Hall of Fame and the Rock and Roll Hall of Fame and has even achieved a Grammy Lifetime Achievement Award. Simply put, there are few recording artists who can match the impact that Neil Diamond music has had on the world.

Born in Brooklyn, New York in 1941, Neil Diamond dropped out of college to take work as a songwriter for a music publisher. After a few unsuccessful attempts at a recording career, he went back to songwriting for others. He began to find success with songs like “Solitary Man,” and “Cherry Cherry.” In 1966, he began writing songs for the television show The Monkees. Neil Diamond songs like “I’m a Believer” and “A Little Bit of Me, a Little Bit of You” found massive popularity on the show, bringing him lots of new fans in the process. He continued to release huge hits in the years after, becoming a massive star in his own right. Neil Diamond tours are still incredibly popular with fans around the world.

Neil Diamond has been popular long enough to have played cities all over the world. Neil Diamond tours have taken the performer to such storied venues as the Xcel Center in St. Paul, the New Orleans Arena in New Orleans, and the Blue Cross Arena in Rochester, New York. In 2017, a Neil Diamond tour began celebrating the songwriter and performer’s 50 years in the entertainment industry. The tour was seen by hundreds of thousands of fans and included highlights from throughout the singer’s storied career.

Neil Diamond shows are special events for many people. The singer’s music has touched the lives of fans around the world. When he breaks out into a song like “America” or “Cracklin’ Rosie,” you can expect the audience to respond excitedly. Just make sure to watch out when he starts “Sweet Caroline,” as the house might just come down due to the rapturous response it receives.

The Neil Diamond live album, Hot August Night showed just how dynamic a performer he was. The album was recorded in 1972 during a sold-out, ten concert stint at the Greek Theatre in Los Angeles. The album captured the singer’s wide range of abilities and the pure enjoyment of the audience in attendance. The album was a massive success as a result, luring countless fans to see the performer for themselves.

There are few experiences quite like a Neil Diamond concert. Along with thousands of other fans, you can have the chance to sing along to some of the most recognizable songs in all of pop music. Because of his continued popularity. It can be hard to find the right time to buy Neil Diamond tickets.