Getting tickets to a big NBA game is a huge deal for any basketball fan. But tickets are often hard to get, especially if you want to get good seats for a big game. Also, there’s a lot of other things that most people forget about before they leave for the game. These include parking, food, and crowds. We’ll walk you through what we’ve found to work, and hopefully, it will help you out, too.

Ready to get more fun out of the next NBA game you go see? We will show you how below.

The cheapest tickets are going to be bought directly from the team, right when tickets for the season first go on sale. These usually sell out quickly, and then tickets can be a bit tougher to find, especially for the bigger matchups and the postseason.

That’s why sites like SeatGeek exist. These third-party sites are made to help people buy and sell tickets that they otherwise wouldn’t be able to. It’s completely legal to use, and it is a big help if you’re looking for tickets. We have found that most of the time, the best time to buy tickets for regular-season games is about a month before the game. Based on observation, this is when tickets are usually the cheapest. If you plan ahead, this is a good way to save a few bucks.

For postseason games, this isn’t realistic. If you’re looking for tickets to these, prices are going to be high, but tickets will be available. We recommend looking at a few different sites before you purchase tickets just so you can be sure that you are giving yourself the best deal possible.

Pretty much all arenas have their own parking sections, and pretty much all arenas charge for you to park your car. It’s an added expense on top of your game tickets, food, and whatever souvenirs you pick up while the game’s going on. On top of that, parking is a huge pain in general. Getting in and out of the stadium parking lot is, more often than not, the most stressful part of going to the game. It shouldn’t be that way, but unfortunately, that’s how it is. 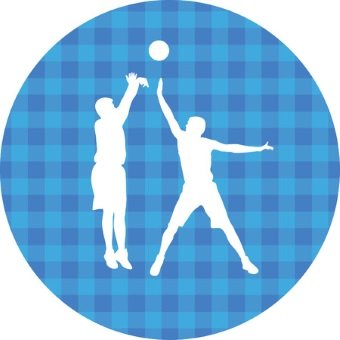 The best way to avoid all of this and the headache that it will undoubtedly give you is to take public transportation into and out of the stadium. Let’s say you’re going into Boston and you want to take in a Celtics game. Taking the bus from your hotel to the shuttle pick up, and the shuttle to and from TD Garden is the best way to avoid the parking issue altogether. You can see the Celtics play, and not worry about traffic or parking fees or anything else.

If that’s not an option for you and you must find parking, we highly recommend that you go onto SeatGeek and buy a parking pass before the game. These are available at most arenas around the NBA, although they aren’t always available for purchase online. If you can find a parking pass online, buy it, and print it out well before you leave for the game, you don’t have to worry about the stadium running out of spots and you don’t have to worry about being overcharged for parking. You have your spot reserved and it’s already paid for. You’ll still have to wait around in traffic after the game, but most of the stress has been avoided.

If you can’t find a pre-paid parking pass online, the best way to ensure you get a spot is to get to the stadium really early. In a perfect world, you would be parked and waiting in line when the gates open up. This is also the best way to make sure that you avoid the crowds that come with early traffic. More on this later.

You want to save money on tickets, so why would you want to waste money on other stuff? To save some cash on food and drinks, our recommendation is to eat a meal before you leave or on your way to the game. You can’t bring food into the game, but you certainly can eat beforehand.

We get that hotdogs and a beer are part of the game. We’re not going to sacrifice those things when we go see a basketball game, and we don’t expect you to either. But by eating ahead of time, there’s no need to have three hotdogs, a bowl of nachos, and whatever else. We still get the experience this way but cut back on some of the needless costs. Plus, there’s no need to miss any of the game waiting in line this way.

Big games have big crowds. This is true for the NBA, NFL, and any other pro sports league. The only real way to avoid the crowds of a game is to stay home and watch it on television. That’s not a choice for you, though.

Like we mentioned above, the best way to avoid the early crowds is to get to the game early. But that doesn’t help you with the post-game crowd. Taking the bus out of the arena is one way to bypass waiting around as the crowd slowly funnels out of the parking lot. Another way is to leave the game a little before it ends. While you’ll avoid much of the crowd, you also stand the chance of missing a huge ending to the game.

What we recommend is just sitting in your seat and waiting for about 15 minutes. Yes, that’s a hassle. But it’s a lot more comfortable than standing in line and walking slowly out of the stadium and toward your car. And odds are you will still make it out of the parking lot at the same time—with less chaos. It’s not perfect, but it’s part of the price of going to see the game in person. Being mentally prepared for this aspect of things will make the game much more enjoyable, too.