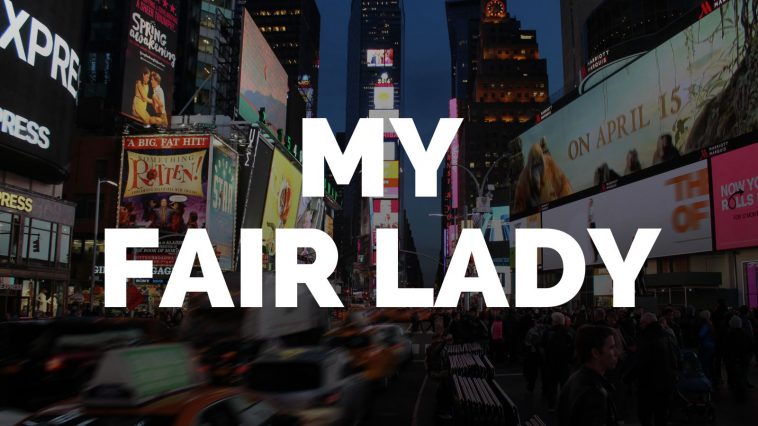 My Fair Lady is one of Broadway’s most beloved musicals and premiered in 1956. It’s the charmingly sweet story of Eliza Doolittle, a low-class flower girl in early 1900s London with a thick Cockney accent and an unsophisticated yet lovable way about her. When uppity speech professor Henry Higgins accepts a bet from a colleague that he can refine the manners and accent of someone as seemingly impossible as Eliza, the two set out on a catchy tune-filled quest to turn a raggamuffin into a lady. This is your chance to get the best tickets for My Fair Lady. With the best seats in your pocket, you’ll be set to have a fabulous time.

Based on the novel Pygmalion by George Bernard Shaw, this show’s lyrics are by Alan Jay Lerner and music by Frederick Lowe. The famous “Lerner and Loewe” duo wrote music for several shows throughout the years – if you liked Brigadier, Paint Your Wagon, or Camelot, you’re sure to like their best-regarded show, My Fair Lady.

Experience the chemistry of the world’s most unlikely pair – Eliza Doolittle and Henry Higgins, in My Fair Lady by purchasing cheap tickets. Check back often to get the best deals and exclusive offers so you won’t miss out on the performance when it comes to town! Make sure you get the one-of-a-kind experience of seeing My Fair Lady live.

When it was first debuted in 1956, My Fair Lady brought fervently positive reviews such as the New York Daily Mirror’s, “A felicitous blend of intellect, wit, rhythm and high spirits. A masterpiece of musical comedy … a terrific show.” – a sentiment is shared by audiences still today.

The original performance also stands out for starring Julie Andrews, kicking off her career which would lead to roles in films such as The Sound of Music and Mary Poppins.

Throughout the years, the popularity of the show has inspired revival runs and translated performances around the globe, winning awards in countries wherever it is performed. The musical’s popularity also paved the way for the 1964 film adaptation of the story starring Audrey Hepburn – a controversial choice, since most fans routed for Julie Andrews to play the lead of Eliza.

What Makes it Special

The utterly adorable character of Eliza Doolittle and her relationship with undauntable Henry Higgins would be enough to keep audiences charmed, as it does in Pygmalion, the book that inspired the musical. However, what makes this show an unforgettable new level of fun is the collection of top-notch musical acts. Songs that have seeped out of the musical and into the consciousness of even those who don’t know the play include “I Could Have Danced All Night,” “The Rain in Spain,” and “Wouldn’t It Be Loverly” and “On the Street Where You Live”. Lauded as one of the first musicals of its time to use music to progress the story instead of merely dividing up the dialog, these songs let you cheer Eliza along on her journey to a new version of herself.

The My Fair Lady Experience

At the beautiful “Viv” (Vivian Beaumont Theatre on Broadway), there is no bad seat in the house, as the stage juts out into the half-bowl layout – even the discount seats from far to each side allow a great view of the action! The best deals are in the Middle Orchestra section – Rows L, P, O, K, however, if money is no object, then opt for Orchestra Right Center Row H. But again – there really isn’t any unfavorable angle in this lovely theater, housed within New York’s famous Lincoln Center for the Performing Arts.

Come see the classic show bursting with heart and sweetness that follows a young woman as she morphs into a lady of society, however, audiences will be left wondering – who is really changing who? This is the best time to buy My Fair lady tickets. You have to get the best seats to really make the show a treat.