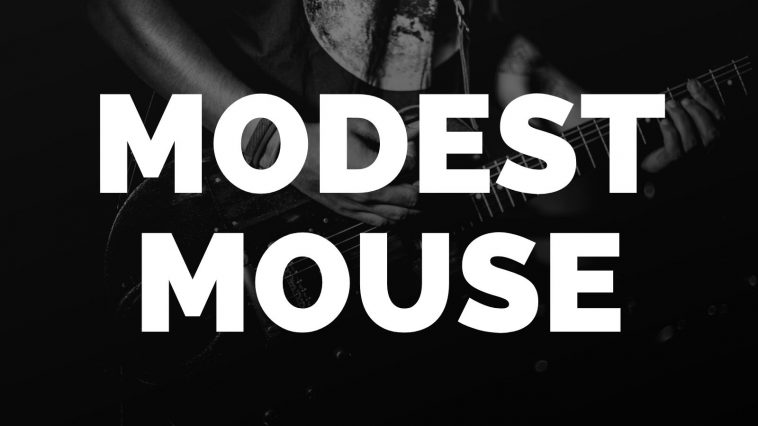 When it comes to a specific sound in indie rock, the band Modest Mouse should be one of the first groups you should think of. Coming from the northwest part of the country in Portland, Oregon, they had a long journey to mainstream. We’ll get into the details about the band and some statistics below. We will also go over some of the best seating options when it comes to a concert. We’ll look at some venues that are coming up and break down where you should sit based on price and other details. Before we continue, right below you will find the concerts coming up next. If you don’t see the show near you try hitting the load more button to get the full listing of shows.

Best Place to Sit at a Modest Mouse Concert

Modest Mouse plays at the perfect venues for their following. Some venues are smaller than others such as the 9:30 Club. On average, we see around 3000-person venues as their sweet spot. Most of these are general admission locations so we will focus mainly on the ones with seating. Finding the best seat to Modest Mouse in a nutshell.

Their hometown and near their hometown venues are completely sold out. These are fairly small locations and they are General Admission. Each of these venues is under 1000 people. We know they want to put on a great show with an intimate feel, but at the same time, it’s the local shows that sell out the most.

The Fillmore New Orleans can fit 2000 people. Most tickets are in the general admission areas close to the stage. However, there are three sections with seats. You will find standard tickets still available for around $75. Some of the better seats are now verified for resale. You are looking at around $170 a ticket. If you see tickets pop up in the first two rows you may want to make a move on them.

After going through all of the different places they are playing we determined that seating is not the way to go for the most part. The seats are almost double the original price. You’ll have to do some waiting around if you want to see if prices drop.

If you are okay with a standing-room venue then you shouldn’t have a problem getting a ticket. That being said, this means you’ll be paying a lot for a secondary ticket. Brokers and fans that can’t make the event will try and sell the seats quickly. However, there appear to be plenty of tickets still available at a lot of places.

You’ll have to decide whether you should wait or not and see if prices drop. If you are going to an event later in the tour you can watch and see if the supply stays high as it gets closer. This will help determine if the prices will drop as you get closer to your show.

All of the venues coming up have unique views of the stage. Some will have balconies while others will be just one big floor space. If you are lucky to get a seat you’ll appreciate it more later in the event. Good luck with your search and let us know if we can help you get the best tickets.

What is Modest Mouse All About?

All of the members of Modest Mouse both past and present include Issac Brock, Jeremiah, Green, Tom Peloso, Russell Higbee, Ben Massarella, Simon O’Conner, Eric Judy, Joe Plummer, Dann Gallucci, Benjamin Weikel, Jim Fairchild, Lisa Molinaro, Davey Brozowski, John Wickhart, and Johnny Marr. You may be thinking to yourself, wow, this is a lot of people for one band. We agree. Only Issac Brock has been with the band since its founding in 1992.

Their first album came out in 1996 and they’ve gone on to make seven in total. The last five made their way onto the music charts. We Were Dead Before the Ship Even Sank topped out at number 1 in 2007. Their Strangers to Ourselves reached number three and was recognized around the world.

They do have one live album as well as dozens of singles that made some headway in the charts for their listeners.

They joined a big tour in 2002 with bands such as Cake, De La Soul, The Flaming Lips, and others. Changing band members and new albums brought on tours and festivals. They even had performances at the Firefly Music Festival and Coachella.

They’ve had their ups and downs over the years but remained consistent in performing and creating music. This is your chance to get the best seats to a Modest Mouse concert and really take them in closeup.

For a band that has been around for over 30 years, you would expect a bigger following on all of the social media channels. Yes, they don’t crank out videos like Blackpink or other pop stars, but you would think their YouTube channel would have more subscribers.

Currently, Modest Mouse has just over 257k YouTube subscribers. With their upcoming tour, we would think this number will rise.

They do have only 152k Instagram followers at this time. They don’t update it daily, but they do put out images for people to see.

Get Out to a Modest Mouse Concert

There is a good chance Modest Mouse is coming to a venue near you. Look at the listings above and see if this is true. You may have to search a bit deeper, but try to get your tickets. Use the information above about getting the best seats for Modest Mouse. You’ll want a good experience and getting the best seats will help that. There are a lot of concerts that you can choose to go to. If you have any questions about buying tickets please ask. We will help you the best we can.