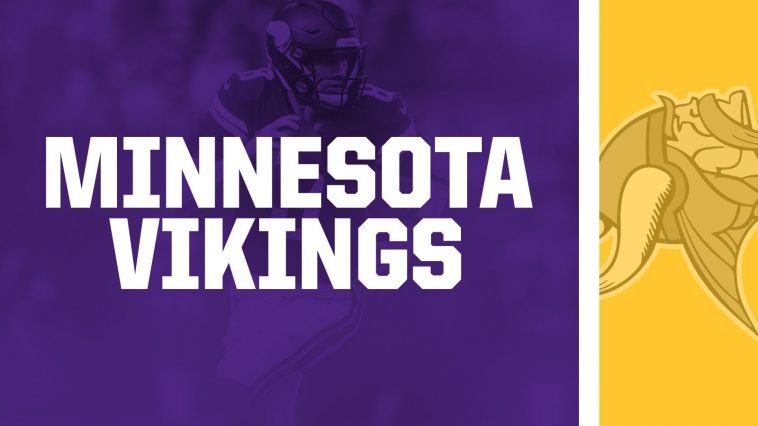 Below you will find ticket listings to everything Vikings. These tickets will include preseason games, home and away games, and any post-season tickets that may come available. You could also find some parking passes mixed in as well.

Grabbing tickets to a Vikings game is a pretty big step. If you are committed to going to a game then you want to have the best experience possible. This includes saving some money on tickets. Picking your spot will come down to a couple of things. We will share some tips that may help you find a better deal.

Two weeks prior to the game you want to see will be where the most amount of tickets will be available. Prices will fluctuate quite a bit during this time. If the Vikings are coming off a loss or losing streak, you may get luckier since sellers will try to sell their tickets quickly. This means prices will fall based on slow demand. If you see a price drop in certain sections, you should make the purchase.

If money is a big concern, try to go to a game against an opponent that is inferior or just not that good. Getting tickets to a Green Bay Packers game will be a lot more expensive than going to a Houston Texans game.

It’s best to watch a couple of sections over the course of 10 days or a game or two to see how the prices move. Remember, this is a marketplace, so prices will go up and down on a daily basis.

Seats, Seats, Seats. It’s all about the seats. You have roughly 70,000 seats to choose from in the stadium.  We will go over some sections to consider at U.S Bank Stadium.

Lower Level – This level is where you can feel part of the game. Obviously the closer you are to the field the better. At U.S.Bank stadium, you will find all kinds of club seating throughout. If this is your thing, be sure to check out the Polaris Club or the Delta Club seating. Remember, these sections can change sponsors at any time. If you want to put up a few more bucks and sit behind the Vikings bench look for sections F2-F4. If you want to save a buck on these types of seats, look to sit behind the bench of the opponents in sections V2-V4.

Upper Level – The most cost-saving seats in the stadium, the upper level will get you into the game, but the view will never be what you hoped for. We like to tell people that if they are spending the money to go to an NFL game, that they should spend the extra money to get a better experience. They are cool seats when the roof is open on nice days, so that is your positive.

Club Sections – There are dozens of club sections around U.S. Bank Stadium. There are several that are fairly the same, but then there are those that give you everything you would want to watch a game in style. The 200 level does have plenty of club seats. The closer you are to a midfield the more expensive the ticket will get.

Club-level seats will vary when it comes to their amenities, but this is what you can expect to get. Access to the sideline before the game. All-inclusive wine, beer, and food. Big Screen TVs to watch replays or in case you want to see something up close. You will also get access to comfortable seating. Nice furniture cushions. Private bathrooms are always a plus.

If you want comfort while watching a game live, be sure to price out the club sections around the stadium.

We can’t express this enough here on TicketsTO, parking passes are very annoying, but a must when attending an NFL game. Don’t get left behind without one. The location of the stadium has made parking for a Vikings game pretty insane. You can expect to pay on average $46 for a parking spot. You will be competing with 1000’s other cars so be sure to get your pass early. If tickets include a parking pass the price you are looking at will make more sense.

Eating Outside the Stadium

Sometimes you just don’t want stadium food. This is totally understandable. Listed below are a couple of options to consider if you want to check out some food before or after a game.

Eastside Eat + Drink – This is a prime location near the stadium. It’s best that you already have a parking spot for the game, but this gives you a food upgrade before watching a game. Look for great eats with their oysters and garlic fries

Crooked Pint Ale House – This is a really nice spot for a before or after drink. Get yourself some nice appetizers or even a nice meal.

Need a Place to Stay

If you are in from out of town or it’s just too far to drive back home, a nice hotel awaits in the Minneapolis area. Listed below are a couple of options to consider.

Courtyard by Marriott Minneapolis Downtown – You know what you are getting with a Courtyard. Average prices are around $115, but will most likely be more expensive on game weekends.

Hyatt Place Minneapolis/Downtown – This is not a fancy hotel, but you are backed by a big name. This is a good spot if you just need a bed to sleep on. Be sure to get your rates early.

Would you like to go to more than one Minnesota Vikings game? Well, there is a way to do it without breaking the bank over the long run. We will share a couple of options you may have when attending a game and buying tickets.

Season Tickets – Yes, season tickets. You could make it happen. Making the upfront cost work out for you long-term. You have a lot of leverage as a season ticket holder on the games you want to attend or the tickets you want to sell. If you play your cards right each year, you can make out ahead. This is definitely something you should research more.

Last Minute Tickets – Believe it or not, you can buy tickets even after the game has started. Using some great ticket apps, you can get the tickets loaded on your phone as you walk up to the stadium. This is great for those looking to take a risk while also looking to save a lot of money. Watch sites like SeatGeek on a Sunday and see how there are still tickets available after the kickoff. Those people will sell their seats for almost anything at that point.

The History of the Minnesota Vikings

There is a lot of history when it comes to Vikings football. In this section, we will go over a few things that look at the past. We will even discuss some of the big rivalries and some of the Viking greats.

Huge rivalries between the Packers, Bears, and Lions, are the games to attend. These divisional games are some of the best football to watch. There is a lot of history between these teams.

Some of the great players to come through the organization include Fran Tarkenton, Korey Springer, Cris Carter, Alan page, Brett Favre, Randy Moss, and John Randle. There are a couple of dozen other players that could be added to this list.

Time to Get Tickets

What are you waiting for? We put together some good advice in terms of when to buy tickets and where to sit at US Bank Stadium. You’ll have a ton of options when it comes to buying the tickets. The list above and sites like StubHub and SeatGeek can really make things easier. Remember, going to any NFL game is going to be expensive. Don’t let that hold you back from upgrading your tickets for a better experience. The best seats and tickets await. Go Get’em.