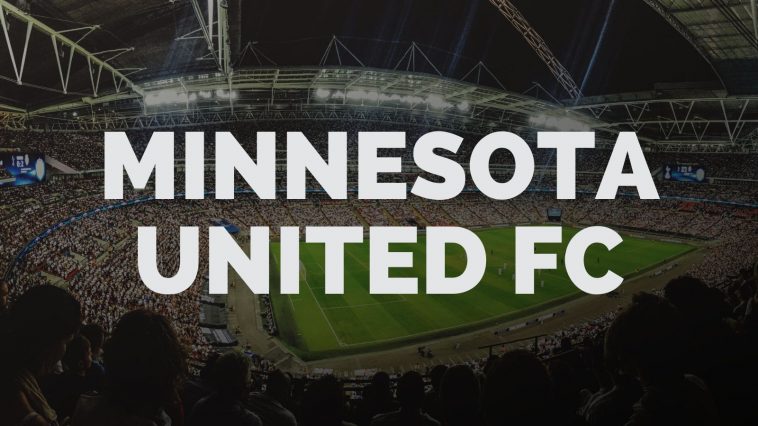 Like the Cascadia clubs, Minnesota United has a much longer soccer history than its MLS iteration. Originally founded in 2010, Minnesota played in USL and then NASL for seven years before making the jump to MLS as Minnesota United FC in 2016. The club is nicknamed the Loons, with the mascot PK a loon is an aquatic bird found in North America. Minnesota plays in the unique color combination of grey, blue, and black which give the crest and team jerseys the feel of winter and battling the cold. The club teamed up with Target (headquartered in Minnesota) as the primary sponsor.

Allianz Field is the first dedicated home for Minnesota United after playing the club’s first MLS seasons at Minnesota University. The stadium opened in 2019 and sits just under 20,000. The ground is located in between the ‘Twin Cities, Minneapolis and St. Paul. Allianz Field has a polymer exterior with LEDs giving the building a dynamic and futuristic look. The arena is fully enclosed except the roof opening keeps both the fans protected from the elements and the crowd noise to enhance the atmosphere.

The stadium was built with seats just 17 feet away from the pitch and the farthest seat a mere 125 feet. Minnesota’s new home has Loge Boxes and Party Suites available for reservation. The Upper 90 Club, Field Club, and Stadium Club provide full-service bar and dining, as well as great views of the pitch. Or you can watch from the Roof Deck to get the highest viewpoint, similar to television angles. Secure great deals on tickets and your chance to see Minnesota United in its newly opened soccer arena.

Note: Minnesota United do not require children that are two and younger to have their own ticket.

While most soccer fans around the country will be wanting to travel to see the new Allianz Field, Minnesota United always makes for a fun road opponent. Whether you are traveling along with a support group like the Dark Clouds to cheer on Minnesota or are catching the Loons as they visit your closest MLS stadium, tickets for Minnesota United will be available.

Minnesota United’s home sits right along Interstate 94 between the Twin Cities lending itself to a central point for exploring the area. The Mississippi River winds through both downtown areas creating several great parks to check out – Battle Creek Regional Park, Crosby Farm Park, Pike Island, Minnehaha Regional Park, and the River Walk along the north bank of the river passing past the University of Minnesota. Before or after a United match head over to the Surly Brewing Company, one of the best breweries in that part of the country. With the stadium located in the Midway area, there are numerous dining options walkable or within a short drive. Fans can reach the stadium via I-94, the Minneapolis-St. Paul Metro Green Line, or the A-Line bus.

Allianz Field is located in between St. Paul, MN, and Minnesota, MN, so based on your trip you may want to stay closer to the downtown area of either of those cities. However, if you are looking for a hotel near the stadium, the Best Western Plus Como Park Hotel is just north of United’s home.

A wide array of ticket options for matches, home and away are out there. Whether you are looking for great deals on tickets for the next match or planning your first road trip to the Minneapolis area, we are here to help. Tickets for all Minnesota United matches at great prices are listed above.