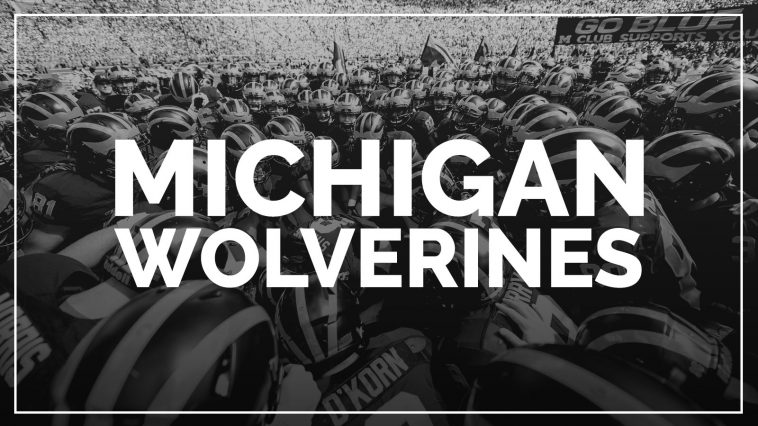 The Michigan Wolverines are the football team for the University of Michigan. Located in Ann Arbor, Michigan, the University is one of the largest in this part of the country with over 44,000 students. This huge built-in population of fans has helped the Wolverines to become one of the most popular teams in all of the NCAA.

If you’re a football fan, then a Wolverine game is a must on your to-do list. If you’ve never been to a game, then you probably have a few questions about getting tickets to a Michigan game and how to enjoy yourself. Keep reading to learn more about this.

The Wolverines have been an NCAA powerhouse since playing their first season in 1879. Currently, they are members of the Big Ten Conference. Over the years, they have claimed 11 National Championships, with their most recent being in 1997.

The Wolverines have a few huge rivals. The Notre Dame Fighting Irish are one of their biggest, and these games have been known to attract record-breaking crowds when the two face each other. The Wolverines also have a pretty fierce rivalry with their in-state competitors, the Michigan State Spartans. Finally, the rivalry between Michigan and the Ohio State Buckeyes is one of the most intense you will ever find, collegiate or professional. This rivalry was so intense for a while that it was once dubbed the “Ten Year War.” Getting tickets to any of these matchups will be tough, regardless of where they are playing.

Michigan Stadium holds the distinction of being the largest sports arena in all of the United States—and the second-largest in the world—with an ability to hold over 107,000 fans. Commonly referred to as “The Big House,” catching a game at Michigan Stadium is a must for any college football fan, even if it’s only once. The stadium is so massive that it gives games an almost surreal experience. Combine that with over 100,000 fans cheering on their favorite team, and you have a recipe for one of the most exciting games that you will ever attend. The NCAA record for attendance was set at this stadium for a matchup between Michigan and the Notre Dame Fighting Irish when 115,109 fans attended.

Built-in 1927, Michigan Stadium has become the quintessential college football stadium. It’s been renovated a number of times to keep it modern and attractive, but it still maintains a sense of team history. It has even played host to a number of professional sporting events, such as outdoor hockey games and pro soccer matches.

Tailgating is as much of a college football tradition as the game itself. Getting to Michigan Stadium early to enjoy a pre-game party is almost a prerequisite if you’re going to go to the game. There are several privately-owned parking lots within a quarter-mile of the stadium that allow tailgate parties. Passes cost about $40 to $50 apiece for these spots but give you a bit more privacy and space to hang out and enjoy yourself before the game. There’s also campus lots that you can buy passes to and pre-game at. Whatever you do, be sure to get there early so you can have as much fun as possible; before, during, and after the game.

Tickets to a Michigan game are always a huge deal. The team is a consistent threat at a Bowl win, and the stadium is one of the most breathtaking in all of football, NCAA and beyond. Going to see a game is an awesome experience, and Michigan tickets are always big selling items, no matter where the team is playing.

Students and alumni have a big advantage when it comes to tickets. They get early access and discounts. If you’re not in one of these categories, then your best bet will be to contact the ticket office when tickets are first released. If this doesn’t work, then your best course of action will be to check out third-party ticket sites. We highly recommend StubHub and SeatGeek, but there are also a handful of other big, trustworthy ticket sites out there.

The process is pretty simple. Head over to their site (or use the app), and search for the game that you want to attend. You will see all of the available tickets that the site has for the game. You can then narrow your search by location and price, ensuring that you sit exactly where you want to and don’t need to pay too much to do so.

The mobile app is usually the best way to go. This way, you can search for tickets on your phone while you’re away, even right up to the last minute before a game starts. If you purchase an electronic ticket, you can just download it to your phone and present that at the gate. Mobile ticket purchases also allow you to get updates sent to you when tickets become available. You can save even more money by using coupons and promo codes. Many of these are available only for people that use the app.

When you buy your tickets, be sure to take other things into consideration so you can get the most out of a game. For example, you can buy parking passes from the same sites that you buy tickets from. There’s nothing worse than finally getting to a game, but then spending an hour or more driving around looking for a parking spot. If you buy a pass ahead of time, you won’t have to worry about this. You also won’t need to worry about paying a jacked-up price because you waited until the last moment.

Other things, like a hotel room, restaurant reservations, and other forms of entertainment, might require you to have reservations weeks ahead of time, especially if they are in Ann Arbor at the same time as a big game. The sooner you take care of these things, the less you will need to worry about as you get set to go to the game.