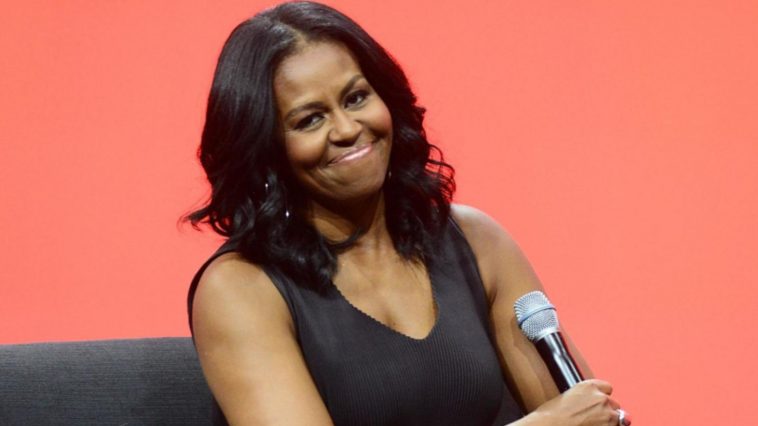 She captured the hearts of Americans when she became First Lady as the wife of 44th U.S. President Barack Obama. Now Michelle Obama is embarking on a speaking tour to promote her book Becoming. The book is a memoir that takes readers on an intimate journey through her life, from childhood to motherhood and beyond. It made Oprah’s Book Club selection in 2018 and is a #1 New York Times bestseller. It is also one of the fastest-selling nonfiction books in history, selling more than 3 million copies since it was published in November 2018.

In the book, Michelle touches on what she experienced during her youth living on the south side of Chicago and how it molded her into the woman she is today. She reflects on life in the White House and how she managed to balance that life with marriage, motherhood, and self-discovery. As to her motivation for writing the book, Michelle is quoted on her website saying:

“I hoped to bring people inside the experience of growing up a working-class black girl on the South Side of Chicago who became First Lady of the United States. It’s all of me, all right there on those pages, which means I feel a little vulnerable knowing what I’m putting out there. But I hope if I can share my story, with all its ups and downs, then other people might have the courage to share theirs, too.”

There were no events found for michelle obama.

Michelle has been an inspirational figure for many women around the world. She made history as the first African-American First Lady, giving other minority women hope in the prospect of advancement in the workforce and in the world of politics. Along with her husband, Michelle Obama made people laugh, cry and find the strength within. She was poised and dignified but still felt comfortable enough to break into a dance routine or take part in Carpool Karaoke. As First Lady, she stood her ground with class, creating her now-famous “When they go low, we go high” motto at the 2016 Democratic National Convention. Many have been so touched by her words and her encouraging spirit that she has topped the list of women people would like to see become the first female President of the United States. With her experience as the wife of a former President, she seems to fit the bill already. In the meantime, she’s hitting the road to share her story far and wide.

Tickets for Michelle’s speaking engagements are available. Finding the best seats are going to be slightly difficult. Her tour runs from February 2019 through May 2019 and takes her through several American cities as well as provinces in Canada and countries abroad like Paris, Norway, England, and Denmark. Special moderator guests include Jimmy Kimmel, Phoebe Robinson, and Valerie Jarrett.

If you thought you liked Michelle Obama before, just wait until you meet her on tour. But don’t wait too long to purchase tickets. Michelle is just as popular now as she was as First Lady and tickets are going fast. Find exclusive deals because tickets are flying off the shelves and many of Michelle’s dates are already sold out. Even those who don’t call themselves fans of hers are interested in hearing her speak and learning more of her story. Be among those who get the chance to experience her storytelling live.

And be sure to pick up a copy of her book. It’s available online and at brick & mortar retailers like Target, Amazon, Barnes & Noble and Walmart. There’s a good chance that Michelle will be able to sign copies of her book on tour so make sure you’re prepared when you arrive. You can use your ticket as a bookmark to commemorate the event. Being able to connect with a former First Lady in person truly is a once-in-a-lifetime opportunity, so make the most of it. Be sure to get the best seats available. You won’t regret it.