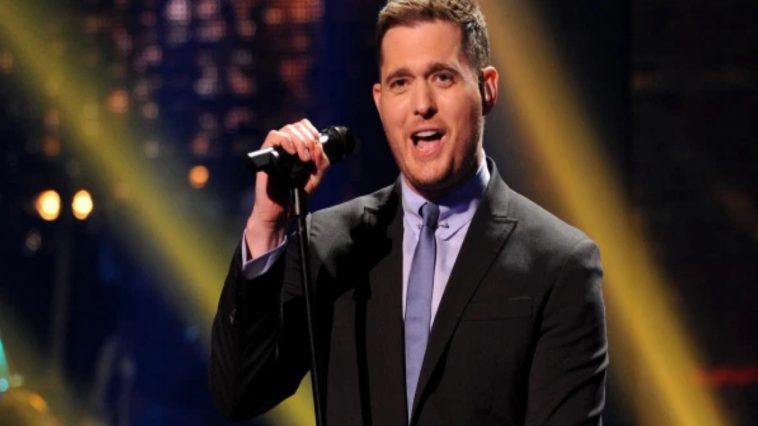 There is always a chance Grammy winner Michael Bublé will return to live touring so you should be on the lookout. In this quick look at Michael, we will cover some of the history of his career, how you can get the best seats, and what you should consider before buying tickets.

Listed right below are the upcoming concert dates you need to consider. Should this be a downtime for Michael you will most likely not see anything listed. Should he have a popup event or tour in the making the immediate space below will be filled with venues he’ll be playing. If you don’t see an event below near you, go ahead and select the load more button for every future event scheduled.

There were no events found for Michael Buble.

“Don’t Believe the Rumors” is Bublé’s first tour since 2016, when he retired from the music scene to privately take care of his family and son Noah, who was diagnosed with cancer. Fortunately, the cancer is currently in remission.

Tickets for future tours and for every full-priced ticket will be listed above when they go on presale or even on sale.

The musician’s new album – the 11th studio one – has been released and the same day Bublé received a Star on the “Hollywood Walk of Fame”. Two songs have already been released from this album – “Love You Anymore” – co-produced by David Foster and co-written by Charlie Puth, who provides also the backing vocals for the song, and “When I Fall in Love”, a song that mixes with craftsmanship the strings with the singer’s amazing voice.

“Love” is an album that brings back to fans “the old” Michael Bublé style: smooth, rich voice accompanied by a symphony of instruments that can set the mood for both slow and upbeat songs. Although it’s an album mainly with covers of famous songs, Bublé succeeds also this time to differentiate himself from the fellow musicians that performed these songs before him. The flexibility of his voice is completely harmonized with the pop style of these reinterpreted songs. “My Funny Valentine” is proof that Bublé did not intend, in this album, to sing the songs the way they were done before, but to grant them a new, modern flavor even if that approach could be called a bit drastic by some of the original version’s fans.

The ballad “Forever Now” is a new song, written by Michael and since he wrote it, he put all his sincerity into it, which is something worth admiring. All throughout the album, the musician maintains an alternation between slower and faster tracks and that is quite catchy for the fans. With a highly energetic band supporting his voice, the musician turns “Such a Night”, written by Lincoln Chase, into a delightful rock/R&B vintage beat track.  The album features also two duets: one with Cécile McLorin Salvant and the other one with Loren Allred. The jazz vocalist Cécile McLorin’s voice creates magical chemistry with the high-level voice of Michael Bublé, the chemistry that perfectly transmits the emotion of the everlasting “La Vie en Rose” hit. In Kris Kristofferson’s “Help Me Make It Through the Night”, Loren Allred from “The Greatest Showman” grants the duet the artistic contrast it needs to become an unforgettable cover. For Irving Gordon’s “Unforgettable”, Bublé doesn’t need to do anything out of the ordinary, as the strings, his voice, and the musical line of the original song are all it takes to maintain this as an incredibly beautiful song.

Bottom line: either if he’s completely reinventing, going out of the box, or keeping the original influences of the songs he sings, Michael Bublé delivers a rich voice-emotional-smooth vocals album, whose most important feature is the consistency of his style and musical path.

Michael Bublé was born on the 09th of September 1975 in Burnaby, British Columbia, Canada. Since his father was gone for most of the time at sea, his mother and his grandfather were his main caretakers. His grandfather, Demetrio Santanga, had an impressive collection of vinyl records, and that represented the starting point for young Michael’s passion for music and soul and jazz music in particular. Listening to incredible talents like Frank Sinatra, Ella Fitzgerald and Tony Bennett determined Michael enter a local talent contest. Only participants who were 18 were allowed to take part in the contest, so when the organizer, Bev Delich, discovered that Michael was actually 17, she was forced to disqualify him. However, since Michael’s voice was really impressive, she suggested to he enter the “British Columbia Youth Talent Search” contest. He did, he won the contest and so he received the chance to record his first independent CD, with the help of Delich. His grandfather continued to support Michael in his musical path by offering free plumbing service to anyone who would allow Michael to sing at events, so his grandson became a regular performer at the local venues.

His big break came when he met David Foster, a famous music executive, and producer. This happened in 2000 when Prime Minister Brian Mulrone invited Michael to sing at his daughter’s wedding after he had listened to his independent album. So, with the help of Foster, Bublé released 2003 his first major album. It reached No. 1 in Australia, and the Top 10 in the UK, and received platinum certification in several countries. By the end of that year, Michael completed a tour and released a Christmas album called “Let It, Snow”. In 2004, he won “Best New Talent” at “Juno Awards” and released the album “It’s Time”, which sold millions of copies all over the world and stayed on the Billboard Jazz charts for two years. The “Call Me Irresponsible” album, released in 2007, debuted at No. 3 on the Canadian charts and got Michael one more award – the Grammy for “Best Traditional Pop Vocal Album”.

Bublé began to explore new grounds: the album “Crazy Love”, released in 2009, featured duets with   Ron Sexsmith and Sharon Jones, the 2010 holiday album “Christmas” featured duets with the Mexican singer Thalia and Shania Twain, while the 2013 “To Be Loved” pop songs album featured a duet with the actress Reese Witherspoon.

As for personal life, Bublé is married since March 2011 to Argentine actress Luisana Lopilato. They have two sons – Noah, born in 2013, and Elias, born in 2016, and a daughter, Amber Betty, born in July 2018

Michael Bublé enjoys increasing popularity among the fans and the appraisal of the music industry’s fellowmen. The millions of albums sold so far and the awards won confirm that his beautiful voice, his state-of-the-art performance, and his appeal for classic songs represent the ingredients of a successful recipe.

Whether there is a tour or just a show we are here to help you get the best seats. There will be limited time to get those seats that really make it worth it. If you miss out on those particular tickets be sure to figure out a budget that will help you get the best Michael Buble seat. Check back often for any deals we may have available for you.