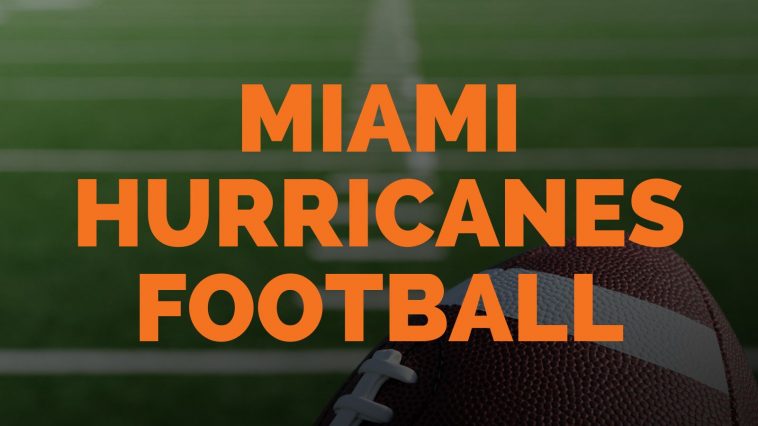 The Miami Hurricanes are one of the most recognizable names in all of college football. “The U” is responsible for some of the best moments in college football history. There was the 1984 Orange Bowl, when the Hurricanes stopped the top-ranked Cornhuskers on a two-point play, securing a 31-30 win and the 1983 National Championship. There was the pair of “Wide Right” matchups with Florida State when the Hurricanes beat the Seminoles in 1991 and 1992 after the Noles missed a field goal in the closing seconds. And then, there was the greatest college football team in history: the 2001 Miami Hurricanes. Their 37-14 win over Nebraska in the BCS National Championship Game clinched an unbeaten season and a national championship for a team loaded with future NFL stars.

Don’t pass up on your chance to see the next great Miami Hurricane team. Tickets to see the Canes play are just above. Hit the load more button if there is a game not listed.

Cheap Miami Hurricanes Tickets are available on the upper deck of Hard Rock Stadium (sections 301-356). That includes tickets to games against non-conference opponents as well as big-name college football programs like Florida State or Notre Dame. Regardless of the opponent, an affordable ticket inside Hard Rock Stadium can be yours today.

Some of the rowdiest fans in Hard Rock Stadium sit behind either end zone (sections 101-107 and sections 129-135). There are alcohol-free sections in Hard Rock Stadium, but none of these are those sections. You also get an up-close view of the action to go along with your good time. For the best party, check out Club LIV. Located behind the east end zone, these sections have exclusive access to the multi-level Club LIV with multiple dance floors, a full bar, and personal cabanas.

Premium seating is all over Hard Rock Stadium. Every 200-section and the mid-lower level sections (117-119 and 145-147) feature club-level amenities. There is field club seating behind both end zones. The North Sideline Club (also known as the Hyundai Club) is located between the 30s behind the visitor’s sideline. These comfortable padded seats feature a climate-controlled lounge with upscale lounge furniture, premium concession options, and fully stocked bars. The Club Level (every 200 sections) features access to the climate-controlled Bank United Club lounge with access to premium restaurants and bars. The Field Club boxes feature all-inclusive food and beverages, private restrooms, and comfortable furniture accessible while you watch the game. The Golden Cane Club, located behind the Cane sideline, features four-seat private boxes featuring all-inclusive food and beverages, private restrooms, and exclusive televisions you watch and control.

The opportunity to follow the Canes on the road is also a possibility. Get your tickets to see the U venture out to take on the best in college football in some of the game’s best environments.

After purchasing your ticket, make sure you make the most of your experience. Greet the team as they enter the stadium during the Hurricane Walk. Find a donor so you can gain access to the Hurricane Club Tailgate Party. Don’t forget you’re in Miami, which means access to some of the best clubs in the world after the game.

Tickets for any matchup featuring the U can be found if you know where to look. It doesn’t matter if you just want a seat in the game that fits your budget or if you want to party with other Cane fans. Get the best and cheapest seats to see Miami Hurricane football.