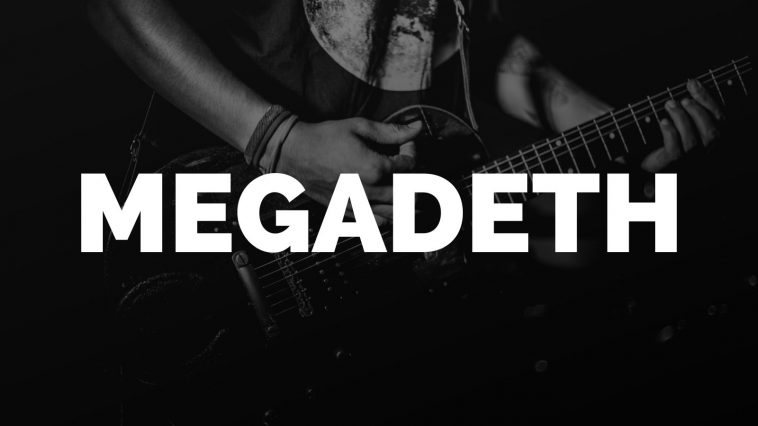 After splitting from the famed heavy metal group Metallica in 1983, guitarist Dave Mustaine went on to establish his own band, Megadeth. The band became the first within a genre he called “thrash metal.” Megadeth quickly rose to stardom in the 1980s as part of the “Big Four” group of the top thrash metal bands, along with Metallica, Slayer, and Anthrax. To distance themselves from Mustaine’s original band, Megadeth took on a quicker and harsher sound with instruments in the spotlight. Throughout the 1980s, Megadeth’s albums were continuously certified as gold or higher. As the group progressed into the 1990s, every album they released hit the charts in the top 10. This is the best time to buy Megadeth concert tickets. You will want to do your best to get the best seats in the venue.

Megadeth has cycled through members in the years since their founding, but Dave Mustaine has been consistent throughout every formation and is typically looked to as the face of the group. David Ellefson, the co-founder of Megadeth, has been part of the band for most of their history, but not quite all (he left for a brief period in the early 2000s). Megadeth members are required to be outstanding musicians, not to simply look or act the part of a rocker. Each person is expected to do their part to improve the band’s music while also functioning as part of a cohesive whole.

Megadeth has toured and performed all over the world, selling out arenas like Madison Square Garden in New York City and The Forum in Los Angeles. The band often holds solo concerts, but also tours and performs with other popular artists like KISS, Judas Priest, and Alice Cooper. In fact, many of Megadeth’s performances are at music festivals across the globe, featuring multiple other bands, but almost always with Megadeth as a headlining act.

Even decades after their inception, Megadeth concerts sell out frequently, many times months in advance. Fans must stay on top of tour dates and purchase tickets as soon as possible to ensure availability. The good news is that when tickets are available, they can be easy to find and are relatively inexpensive; most of the time tickets can be found for less than $100. In addition, Megadeth also regularly performs with other popular bands, making the price of the ticket even more valuable. When looking for a great deal on Megadeth tickets, be sure to watch availability and prices online.

Separate From the Pack

Some heavy metal fans claim that Megadeth is not only the best thrash metal band but the best metal band period, a claim that seems to be backed up by their extreme commercial success. Other fans appreciate the band for their emphasis on musicality. However, one of the more objective factors that separate Megadeth from their competitors is their penchant for lyrics that explore heavy, sometimes uncomfortable emotions. Mustaine has credited his songwriting inspiration to the thoughts and feelings he has in his daily life, including subjects like drug addiction and death. The band chooses these song topics to try and relate to their fans and form deep connections. Seeing Megadeth live is a way for any fan of heavy metal to experience this same sort of relationship with the band.

Megadeth tours are often described using words such as “assault,” “blazing” and “feverish,” and are clearly not for the faint of heart. The titles of their songs and albums, like “Symphony of Destruction” or “Countdown to Extinction,” can also reflect the tone of their music. Despite this, the group is well-known for being very audience-centric, always focusing on what will make the most enjoyable experience for their fans. Megadeth members even go so far as to try and connect with the audience by speaking to them between songs. Over time the topics of their songs have changed, but many fans believe that the experience of seeing Megadeth live has not diverted from the experience of a concert in the 1980s. Their consistency and amiability draw people in and make Megadeth’s concerts so much more than a typical concert experience.

Although Megadeth has been performing for decades, the members still seek to improve their music and the relationship they have with their fans. This focus on outdoing their past accomplishments has helped the group to rise to the top of the metal scene, making Megadeth a must-know group for any heavy metal music fan. Concert attendees can expect to feel a deep connection with the band through their emotional lyrics and personable interactions, in spite of their incredible success. Megadeth performances offer so much more to fans than the face value of the tickets. Any heavy metal listener should be sure to see the band in person for an exceptional music experience. This is the best time to buy Megadeth tickets so don’t miss out on some of the best seats in the venue.