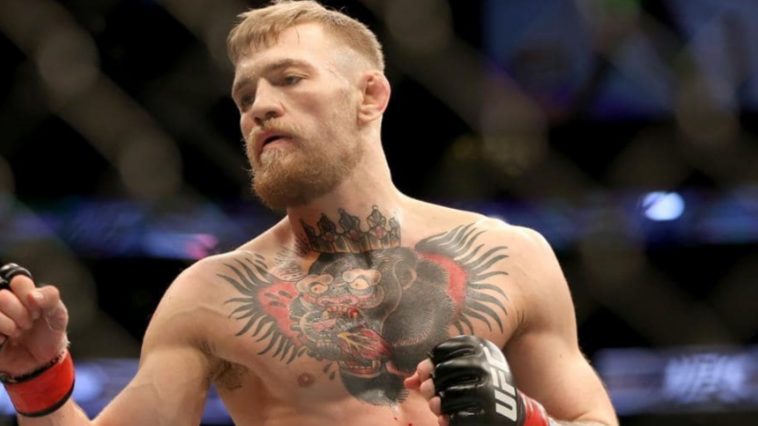 The Floyd Mayweather/Conor McGregor fight is shaping up to be one of the biggest boxing matches of the last few decades. Tickets for the fight are big money items, and they are extremely popular. That just speaks to how important this fight is. Mayweather is one of the best boxers of all-time, and McGregor is one of the most popular MMA fighters of recent years. When these two worlds collide, we will have a decision on who the best all-around fighter is.

Right now, the sportsbooks are torn on who the favorite is, but Mayweather seems to be the slight favorite. Of course, that can change very quickly. Either way, it is going to be an amazing fight.

Looking for tickets to the Mayweather vs. McGregor fight? We’ve got the information that you need below.

The fight is going to be held on August 26th, 2017, at the T-Mobile Arena, in Las Vegas, Nevada. The fight begins at 9 PM Eastern Time, or 6 PM local time. It will be held at 154 pounds, and unless you’re going to be there in person, the only way that you’ll be able to watch the fight is through Pay-per-View. This is certainly an exciting way to enjoy the match, especially if you invite your friends over and have drinks and food during the fight. But, seeing the fight in person is even more enjoyable.

That’s why getting tickets to the Mayweather vs. McGregor fight is such a big deal.

Tickets are originally sold through the venue, but by now, they are likely sold out. This doesn’t mean that you can’t get into the fight, though. If you want to see the fight, you still have options. For example, because of the huge popularity of the fight, a lot of organizations are having contests giving tickets away. If you can find one of these contests, they are definitely worth trying to take part in. Your odds of winning are pretty poor, but a free trip to Vegas and entrance into the biggest fight is definitely worth it.

Now, you might think that going to a high profile boxing match in Vegas is something that only the wealthy and A-list celebrities can do, but that’s certainly not the case. Tickets are accessible through sites like SeatGeek, and they are often expensive, but that doesn’t mean that they are too expensive. While front row seats are going to cost thousands of dollars, other seats will only run a couple of hundred bucks.

It’s also worth taking into account that there are a lot of amenities that some ticket packages include. A fight is a huge event, but it’s certainly not all that Vegas has to offer. Cirque du Soleil is one of the big ongoing events in Vegas. And there are always concerts, shows, and feasts to take in.

Don’t forget about the casinos! There are dozens of huge casinos on the Strip like the Bellagio, the Venetian, and Caesars Palace are some of the biggest names in the casino world, and they are the stuff of legend. Whether you’re a serious gambler, or you’re visiting a casino for the first time, stopping in and looking around one or more of these famous destinations is an amazing experience. If you’re going to be in Vegas, it’s worth making some time to visit the Strip.

If you’re looking for tickets to the Mayweather vs. McGregor fight, they are available. You’ll need to be persistent with checking out the third party ticket sites like SeatGeek, and you’ll need to have a little luck on your side, but they are out there. Just keep looking, use alerts, and when you find good seats, act. This is going to be a great fight, and being there right in the center of the action will be a story that you can tell your friends and family for years.