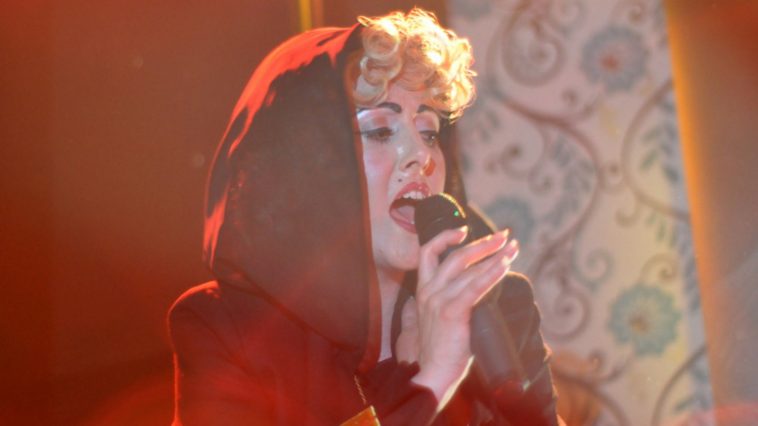 Madonna is currently offering fans a series of concerts in her “Madame X Tour.” Started in September, the tour brings Madonna’s latest album not to concert arenas, but in more intimate residences, such as “Golden Gate Theatre” in San Francisco, “Caesars Palace” in Las Vegas, “The Met Philadelphia” in Philadelphia and few more.

Madonna found the source of inspiration for her album in Portugal, where she moved her entire family to be close to her adopted son, David Banda, who plays in the juniors’ team of the Portuguese club “Benfica”. Spending time in some of Lisbon’s clubs and meeting Portuguese artists and musicians made her fall in love with fado rhythms and inspired her in creating “Madame X” album.

There were no events found for Madonna.

“Madame X” was a nickname given to Madonna by Martha Graham, a famous dance instructor who trained her during her youth. According to Madonna, “Madame X” travels the world and holds various professions along the way: she is ahead of the state, a secret agent, a housekeeper, a dancer, a nun, a teacher, and few others. The album – her first since the 2015 “Rebel Heart” and the fourteen of her career, features contributions from Quavo, Maluma, Anitta, and Swae Lee.

Madonna and her collaborators feature in this album musical genres from several corners of the world: from Portuguese fado to old American music and from funk to Cape Verde’s batugue. The musician displays throughout the album the same high-quality work ethic that she transposed in all her studio work, proving that she can sing in 3 languages – English, Portuguese and Spanish, that she can rap and even sing-rap as if her musical career has just begun. She inflicts the Latin pop style flavor to her album first with “Medellín” – the first single released from the album in collaboration with Maluma and then she persists with the reggaeton track “Bitch I’m Loca” featuring the same Maluma. Check out some of the best ticket sites to buy your seats.

The second single released – the album’s last track – is called “I Rise”. It is iconic for the social component the album holds in part. The track quotes a speech from Emma Gonzalez, an activist for gun rights, and the essence of that message is expressed also on “God Control”. The song, produced by Mike Dean, features the “Tiffin Children’s Choir” and covers several musical movements, giving voice to the concerns regarding gun control from failed policies’ perspective as well as from concerned parents’ perspective.

Another collaboration – the one with the Brazilian singer Anitta, enhances the Latin flavor of the album, as “Faz Gostoso” track is partially sung in Portuguese. The album displays also the sensitive side of Madonna’s artistic talent: “Crave” is a love song dominated by acoustic guitar and filled with emotion, whilst “Extreme Occident” transmits vulnerability thanks to the use of piano and tablas.

Bottom line: once again, Madonna makes with each song experiments that no other artist would dare to. Her “Madame X” tour features the songs from the same name album, but also provides fans with the chance of listening to some of her old hits, such as “Human Nature”, “Papa Don’t Preach”, “Vogue”, “La Isla Bonita” or “Frozen”. If you wish to see Madonna perform as wildly, unpredictably, and mind-blowing as she always does, get your ticket for her coming performances.

Born as Madonna Louise Veronica Ciccone on 16th of August 1958 to parents Silvio “Tony” Ciccone and Madonna Fortin, Madonna has a career and a personal life worthy of a blockbuster movie. She was raised in a strict Catholic faith environment and many of this environment’s elements could be found later in her controversial projects. The childhood event that had the most impact on her life was the death of her mother. Diagnosed with breast cancer, Madonna’s mother died at the age of 30 and the memory of her fragility and silent submission from her last days of life determined Madonna to take a decision: to make her voice heard at all costs.

Her rebellion started once her father remarried. Her stepmother, Joan Gustafson, imposed her chores she didn’t like. She began to wear unconventional clothes, to reject her highly religious upbringing and to even frequent gay nightclubs, in an era when these clubs were mostly underground. In contrast with her rebel behavior, Madonna had an impeccable academic record, graduating from high school earlier by one semester than her colleagues. These results granted her in 1976 a scholarship to the dance program of “University of Michigan”. However, after just two years of study, she dropped out and moved to New York to gain progress with her dancing career. A trip to France while working as a showgirl turned her into a fan of the sing-and-perform combination. When returning to the States, she became the lead singer of a band and even founded some bands herself, such as “The Millionaires” and “The Millionaires”.

Her solo debut came in 1982 when the song “Everybody” reached #1 on the dance charts. Motivated by this success, she released in July 1983 the debut album “Madonna”. It featured hits like “Holiday” and “Lucky Star”. However, her musical breakthrough came in 1985 with the album “Like a Virgin”. The title track – Madonna’s biggest pop hit of all time, spent 6 weeks in the charts. The album turned Madonna into an instant star: soon after its release, girls all over the country wanted to be like Madonna and started to wear what she was wearing: lace lingerie, fishnet-like stockings or big crucifix necklaces. Her success increased over the coming years: “Into the Groove” and “Crazy for You” were No. 1 in the dance charts from the States, she performed her first tour – “The Virgin Tour” and released 4 more albums that made it big: “True Blue” in 1986, “Who’s that Girl” in 1987, “You Can Dance” in 1987 and “Like a Prayer” in 1989.

Started under the reign of controversy, Madonna’s career maintained this trajectory throughout the years. In 1985 she sparked high arguments around her performance of “Like a Virgin” at the “MTV Video Music Awards” ceremony when she executed provocative movements on stage whilst dressed in a wedding dress. At that point, the controversies surrounded also her private life: her marriage with the actor Sean Penn ended up with a highly publicized divorce after allegations of domestic violence.

Just 4 years later, in 1989, a new controversy has arisen: Pepsi endorsed the video clip for the song “Like a Prayer”, which was broadcasted by MTV. The clip featured images of burning crosses and interracial relationships, among other things, and determined Pope John Paul II to request the musician’s fans not to attend her concerts in Italy. Pepsi withdrew their endorsement of Madonna, but all these events didn’t affect the sales of the album. By 1991, Madonna had sold more than 70 million albums, had 21 songs reaching Top 10 in the U.S. and generated sales of $1.2 billion.

1992 brought the album “Erotica”, which received double-platinum certification. After the mysterious-sounding “Secret” and melodious “Take a Bow” singles from the 1994 “Bedtime Stories” album, Madonna received critical acclaims also for her performance in the movie “Evita”. The 1996 film featured her song “You Must Love Me”, which received an “Academy Award” for Music, Original Song. The next album – “Ray of Light”, released in 1998, produced also two mega-hits: “The Power of Good-Bye” and “Frozen”. It was followed by “Music” in 2000 and by “American Life” in 2003.

In 2004, Madonna was inducted into the U.K. “Music Hall of Fame” and in 2005 she became the artist to hold in the U.S. more gold-certified singles than even “Beatles”. It was also time for another album: “Confessions on a Dancefloor” was supported by a tour that ranks as the highest-grossing tour of a female artist to date.

In 2009 she reached another milestone: her album “Celebration” was the 11th Number 1 in the UK, a “title” held only by Elvis Presley . 2012 saw the release of the album “MDNA” and the supporting tour generated new controversies as the singer used Nazi images while concerting in France and openly supported the LGBT rights while performing in Russia. The latter action brought her a lawsuit for breaking the law against promoting homosexuality to minors, but the charges for $10 million were later dropped.

In 2014, it was reported that she was working on a new album with collaborators such as Diplo and Avicii, but several songs from her “Rebel Heart” album were leaked online. The album was released in March the following year and featured, in its deluxe version, 19 songs. The album was new proof that Madonna career’s main feature remained her artistic reinvention, with songs and sounds which transmitted and featured a quieter reflection on contemporary topics.

The announcement about her new album came in April 2019 and Madonna’s 14th album – “Madam X”, was released on the 14th of June. If you want to see this legendary performer/singer/dancer/actress/entertainer perform live.