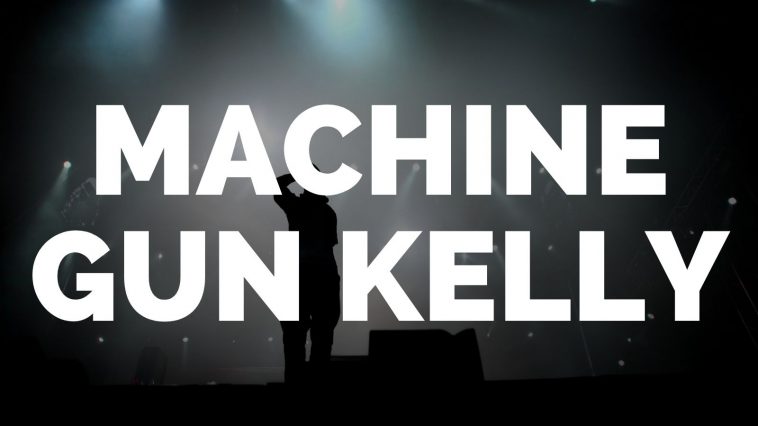 Richard Colson Baker, or better known by his stage name Machine Gun Kelly (or MGK), was born in 1990. He is from Cleveland, Ohio but was born in Houston, Texas. MGK is part of the trap rap and pop rap scene in America. His singles have been extremely popular and have helped him become one of the famous rappers in the hip-hop scene. This is the best time to buy Machine Gun Kelly tickets. You have a chance to see a great show live near you with the best seats.

Growing up in a missionary family, MGK moved around a lot. However, his father lost his job and MGK spent a lot of his middle school life in Denver. He started listening to hip hop during that time. He built a name for himself by standing up to upperclassmen and calling them out on their bullying. These skills he learned became a large part of his musical style. He moved back to Cleveland where he found a manager and he started to write music. His fans gave him his name Machine Gun Kelly because they appreciated his fast delivery. He performed in many different local Cleveland venues early in his career.

He released a mixtape in 2009 called Lace Up and it became locally successful. His song “Cleveland” was played at a Cleveland Cavaliers game and was on constant rotation on the local Cleveland radio. In 2011, he was featured on XXL’s front page as part of the annual top 10 freshman list. In 2017, one of MGK’s singles peaked at the fourth spot on the Billboards. Each album continues to show MGK’s talent and his fanbase grows every day.

MGK has already performed at many famous music venues. In 2011, MGK performed at SXSW in Austin, Texas. He continues to gain popularity and many of his shows grow larger and larger. MGK also loves performing at wrestling events. MGK has performed on WWE Raw a few times. In 2015, after he finished performing a few songs on WWE Raw, he was attacked by Kevin Owens as part of a storyline. He also performed at Wrestlemania and his songs are used to highlight John Cena.

Best Ways to Get Tickets

As MGK continues to grow in fame, his tickets are going to start getting harder to get. More and more of his seats will be filled. If you want to find the perfect seat for yourself, consider using the listings above. You can pick and choose the best seat for you. Tickets can be expensive which is why waiting for deals is not a bad idea. The problem is, sometimes while you wait someone will already get to the discounted tickets before you.

MGK rapping style belongs to him only. He is authoritative and you can hear his confidence in his music. He loves to rap and is proud that he is successful with it. You can hear it in his music. This can get any of his fans and music lovers hyped up with him. He uses some of the best producers and his albums are always filled with fantastic beats. He has a bit of a ferocious intensity to him but that is what makes his fans love him.

As a performer, MGK embraces his music’s character. People are impressed by how talented he is as a rapper because he can make words rhyme fluently and quickly. His presence is strong and you can feel his passion in his microphone. Many of his singles are so popular, that you will feel the entire crowd raise their voices with him.

MGK really makes his music impressive. While he emits an aggressive attitude, you can tell it is coming from a very warm place. He loves his fans and wants them to enjoy his music with him. Here is your chance to get the best seats to Machine Gun Kelly. Don’t miss out on some of the best tickets listed above for the venue near you.