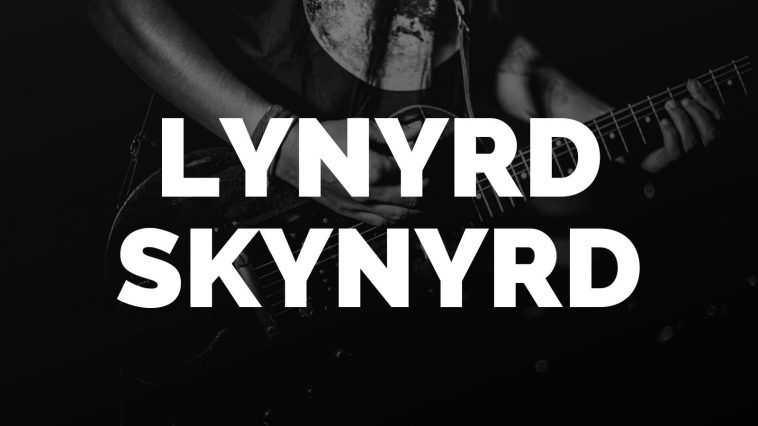 Lynyrd Skynyrd is an iconic southern rock band with a redneck image and firm roots in blues and country. Their leader originally was the talented Ronnie Van Zant. His songwriting offers incredible lyrical detail and a rebellious honesty. He set the talented foundations for Skynyrd in the early ‘70s before dying in a plane crash in 1977. The band has since regathered itself to write, record, and perform for music fans all over the country.

The band took its name from the band’s high school gym teacher Leonard Skinner. He was known for punishing students with long hair. The band struggled to find success early on as they played throughout the south. Nonetheless, Lynyrd Skynyrd got a deal after producer Al Kooper saw them play a club, Finocchio’s, in Atlanta. Their first album Pronounced Leh-Nerd Skin-Nerd and the song “Free Bird” earned them national exposure and a reputation for having an aggressive southern guitar sound. The current formation of the band continues to tour all over North America in arenas, resorts, and outdoor amphitheaters.

Lynyrd Skynyrd gained their devoted following after opening for the Who on their Quadrophenia tour. The following year, after releasing their hit single “Sweet Home Alabama,” they were one of the headlining acts for the Ozark Music Festival in Missouri. The band continued to perform shows all around the globe up until the death of Zant. They first reunited to perform an instrumental version of “Free Bird” at Charlie Daniels’ Volunteer Jam V in 1979. In 1987, they reunited again for a full-scale tour. The tour was meant to be a one-off, but Lynyrd Skynyrd continued to perform from here on out. The band has released multiple live albums as well as performed for television on shows like CMT. In 2018, the band announced a farewell tour featuring supporting acts like Kid Rock, Bad Company, Cheap Trick, and Blackfoot.

How to Find Your Tickets

Lynyrd Skynyrd offers one of the most desirable southern rock shows still to this day. With farewell tours scheduled in recent history, seeing them live is an urgent must. Luckily, the listings above will help you find tickets to remaining live performances all over North America. The band holds a sturdy foothold in the American south and honors its roots with spectacular rock shows.

There are few bands who represent the pride of the south the way Lynyrd Skynyrd does. After writing “Sweet Home Alabama” as a response to Neil Young’s “Southern Man,” Skynyrd achieved national acclaim. We are privileged to still enjoy the music of the rockabilly group. The band has made it a point to represent and promote state rights and Southern American heritage. They are well known for using a Confederate flag at live shows, and they fight the flag’s modern association with racism. In 1977, just three days after the release of the album Street Survivors, the band’s plane crashed. Multiple people, including Zant, were killed, while the rest of the passengers were severely injured. Afterward, the remaining Lynyrd Skynyrd members made it a point to often perform an instrumental version of “Free Bird.” Rolling Stone magazine has ranked the band at 95 on their list of “100 Greatest Artists of All Time.” They were also inducted into the Rock and Roll Hall of Fame in 2005 alongside Black Sabbath, Blondie, Miles Davis, and the Sex Pistols.

Even with their deep ties to the American South, Lynyrd Skynyrd’s songs are recognizable to music lovers all over the world. “Free Bird” and “Sweet Home Alabama” are radio earworms that cause listeners to irresistibly sing along. Yet, time is running out for the blues-rock band to perform live shows.