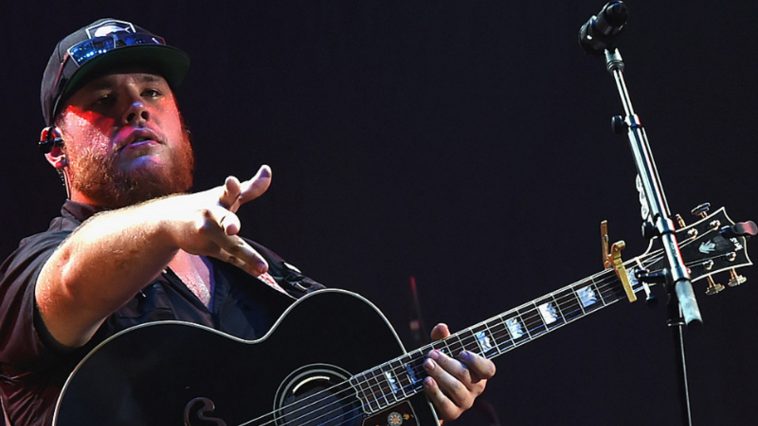 Following the sold-out of his spring-summer tour, Luke Combs will extend “The Beer Never Broke My Heart Tour” with a series of shows this fall. The autumn tour kicks off on the 26th of September in Rogers, Arkansas, features stops in locations such as Kansas City, Los Angeles, San Diego, Phoenix, and Philadelphia, and wraps up on the 13th of December with a two-night show in Nashville, Tennessee. The Cadillac Three, Morgan Wallen, and Flatland Calvary will open the shows at selected dates.

The North Carolina artist has achieved in less than a year a remarkable performance: he has become a country music superstar, with tickets sold out in just six minutes (for the shows in Nashville), has won several major awards and was invited to the American country music stage concert “Grand Ole Opry”.

You can use a StubHub discount code when you purchase your Luke Combs tickets and see if it will help you save.

On the 12th of September, the first artist to have 5 hits in “Billboard’s Hot Country Songs” chart since Johnny Cash has revealed that he will release the album “What You See is What You Get” on the 8th of November. “The album will feature the song “1, 2 Many” that Combs began to perform during his live tour this year. After stating several times that this song was inspired by “Brooks & Dunn” – his country role models from the ‘90s, Combs managed to obtain their participation to this song on the studio version of his upcoming album.

“What You See is What You Get” album will include 5 songs from the musician’s EP “The Prequel”, issued this year in June. Combs has revealed that his new release is produced by Scott Moffatt, who signed also his debut album – “This One’s for You”.

Born on the 2nd of March 1990, Luke Albert Combs began to sing at an early age and did so all through high school, when he was given the opportunity to play at “Carnegie Hall” in Manhattan, New York.

While attending the university, he created his first country music show that he played at a local café. During his senior university year, Combs gave up his studies and moved to Nashville to make a career in music. It was February 2014 when he released his debut EP – “The Way She Rides”, followed in July by his second EP – “Can I Get an Outlaw”.

His debut single called “Hurricane” reached in 2015 #46 on “Billboard’s Hot Country Songs” chart and increased significantly his popularity. After releasing his third EP – “This One’s for You” in November 2015, Combs signed a contract with a record company that re-issued the single “Hurricane”. The version released in 2016 benefited from a video directed by Tyler Adams. Featuring Combs, the video

Combs’ debut studio album – “This One’s for You” landed in June 2017 and debuted at #1 on “US Top Country Album” and “US Billboard 200”. “Country Music Association Awards” granted Combs the same year the “New Artist of the Year” award. Meanwhile, the singer released a video for his single “When It Rains It Pours”. “This One’s for You” album was re-issued with several bonus tracks, including the hit single “Beautiful Crazy” which reached #1 on “Country Airplay Chart”, benefited from a video directed by Peter Zavadil and received two platinum certifications from “The Recording Industry Association of America”.

In June, the artist released his fourth EP – “The Prequel”, which included the single “Beer Never Broke My Heart”. The track became an instant hit: debut at #1 on “US Billboard 200” and holder of #1 on “US Top Country Albums” and “Canadian Albums”. He also fulfilled one of his childhood dreams when he teamed up with Brooks & Dunn for the duo’s single called “Brand New Man”, featured on their “Reboot” album. Combs appeared in “The Tonight Show Starring Jimmy Fallon” after being present in the previous years in several popular TV shows such as “The Late Show with Stephen Colbert”, “Megyn Kelly Today” and “Good Morning America”.

Combs has named his parents’ continuous support as the source of his success. Among his influencers, he cited Brantley Gilbert and Jason Aldean. As for personal life, in 2016 he started dating Nicole Hocking to whom he got engaged in November last year.