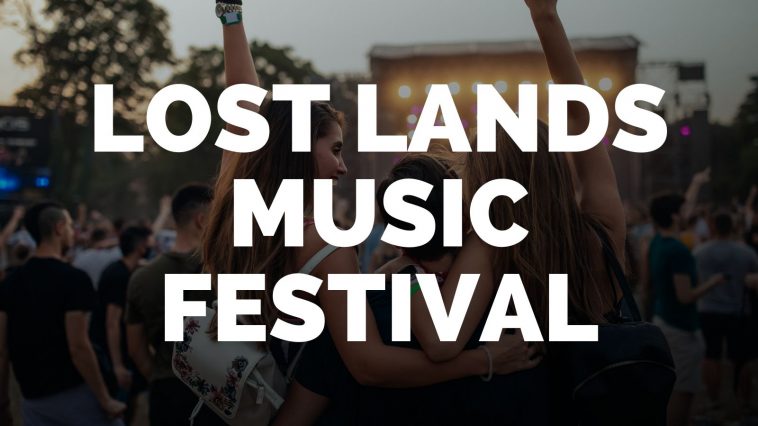 The Lost Lands Music Festival is a large, dinosaur-themed musical event held in Thornville, Ohio. Each year, DJs gather from all over the world to perform at Legend Valley Concert Venue. The event itself was formed by Canadian DJ and producer, Jeff Abel (also known as Excision). Excision uses his association with popular acts like Bassnectar, Tech N9ne, and Dirtyphonics to present one of the best EDM-focused events in the States. When the festival first took place in 2017, it was immediately successful, and it’s safe to say Lost Lands is to be a favorite for electronic music fans for years to come.

There were no events found for Lost Lands Festival.

Every year, some of the world’s most beloved DJs and electronic music artists perform on stage for massive audiences. Each year, more than 25,000 people attend, with many choosing to camp on-site. Past notable performers include Zeds Dead, 12th Planet, Seven Lions, and Rezz. Excision also performs several times between other acts throughout the whole event. The three-day party typically takes place in the fall, during some of Ohio’s best weather. The venue boasts two full-sized main stages that feature a total of 1,000,000 watts of bass produced. Needless to say, headbangers will not be disappointed.

One of the biggest features of Lost Lands is its Sound Camps. Sound Camps are smaller “stages” where up-and-coming artists can perform, often for the very first time. You’ll be sure to find your favorite food and drink vendors nearby. The Producers’ Den is another feature worth experiencing if you’re a music producer. Participants get to learn directly from some of the best in Bass Music and get a bunch of items from the festival’s sponsors.

Where to Buy Tickets to the Lost Lands Music Festival

When the Lost Lands Music Festival first launched, it quickly grew into one of America’s best EDM events. EDM is generally more popular in Europe, but artists like Excision are working hard to help North American locals party just as well. Feel the bass, gawk at some dinosaur art, and enjoy the annual community of campers.

Tickets to Lost Lands are sold as general three-day passes. There is also an early entry option, where you can get to your campsite two days early. When you buy festival tickets, you are also able to buy camping passes, parking passes, merch bundles, Producers’ Den passes, and shuttle passes. There are an array of long-distance shuttles available to and from Akron, Cleveland, Chicago, Cincinnati, Columbus, Detroit, New York, and Washington DC. Discover your pass options above. Get to your favorite musical events by getting the best deals on festival tickets.

With so many shuttle accommodations, as well as camping and locker options, the Lost Lands Music Festival beckons new visitors to cometh. Camping options include the Dino Den (tent only, tent-ready, and quiet camping spots) and Jurassic Glamping. The Jurassic Glamping area is located across the street from Lost Lands and features unique amenities like electricity, beds or cots, and a private dinosaur tour!

Even though Ohio autumns are generally cool, pleasant, and full of fall foliage, water is greatly emphasized by the team that runs the festival. Water is sold at a very cheap price, unlike many other music festivals, and there are well-based water stations all over the venue. Over 150,000 water bottles are also randomly given away free over the course of the event.

While the event promotes a friendly, fun, and safe environment, it is not family-friendly. You must be eighteen or older to purchase a ticket, and you must bring a government-issued ID with you. Also, note that there is no vehicle in and out privileges. If you need supplies, there is a General Store amidst the campgrounds with all the essentials you’ll need for a great weekend.

A Jurassic Classic in the Making