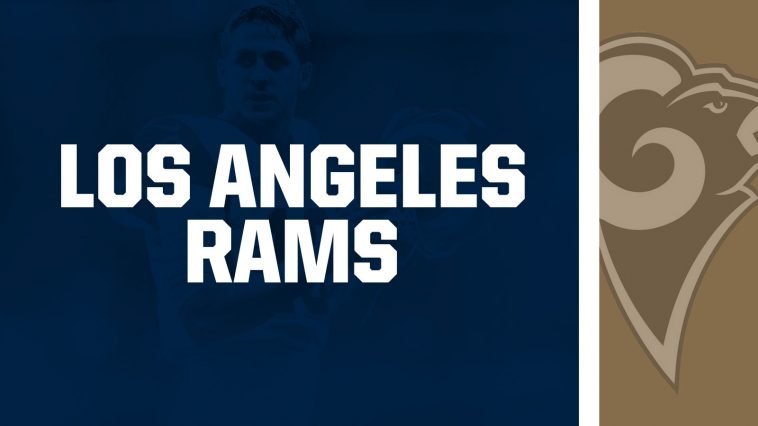 The Rams have found a new home and it is your turn to go check it out. Will this be the year the Rams make a solid run at the championship? We can ask this question every year.

We’ll discuss getting tickets to the next Rams game as well as where to sit. We will also go into some finer points about the team itself and some options around gameday.

Listed below are actual ticket listings for upcoming Rams games. You will find tickets for all games including the Pre-Season and away games. Parking passes may show up as well. Keep reading to find out more.

There is a lot to be said about when you should buy tickets. Some people like to be super early to the punch, while others will wait until the last minute. Depending on your situation, there are definitely different ways of getting tickets.

The NFL carries the fewest games of all the major league sports. This means the cost per ticket will be more than other sports.

If you are looking for a short-term timeframe, we suggest about two weeks out from the game you want to see. We also recommend buying tickets after the Rams take a loss. Prices could go down a little bit based on performance and record.

If you haven’t considered a Pre-Season game then you might want to do so. You can get super cheap tickets and take the family to see a game. It may not be the best competition, but you will save a ton of money.

Where Should you Sit at SOFI Stadium?

We discussed this in our Los Angeles Chargers post. You can expect the same exact thing for the Rams as for the Chargers.

With the seating being so new, we don’t really have a good feel for where to sit based on view and price.

A seat at SOFI stadium will be expensive and you should buy your tickets based on experience. Yes, the budget should be your number one concern, but don’t let the experience value diminish too much. A pricier seat may give you a much better time than a nose bleed.

You are not going to get away with cheap parking, that is for sure. Expect to pay one of the highest amounts in the league. It’s part of living or visiting LA.

SOFI works with the parking apps to help reserve a spot ahead of time. The last thing you want to deal with is buying a parking pass just before the game. Just like having a ticket to a game, you want that parking spot as well.

Restaurants in the Area

These stadiums are so massive these days that most of them have full restaurants located within the building. If you are looking to save a little money or you want something other than stadium food, there are several places you can check out.

The Wood Urban Kitchen & Sports Lounge – A neat BBQ joint you may want to check out before a game. Prices are reasonable for what you get on the plate.

Truxton’s American Bistro – Here is your affordable option in the area. You get your classic dishes with a spin. Let’s not forget you will have access to some local craft beer.

Need a Cool Place to Stay

If you are in a situation where you need a place to stay, you have a ton of options. There are plenty of hotels mainly due to the proximity to the airport. We listed a couple of hotels you may want to consider.

The Westin Los Angeles Airport – This is your highest-rated hotel in the area. You will definitely pay a premium when staying the night or weekend.

Wingate by Wyndham Los Angeles Airport – Definitely a hotel by the airport, however, you will get nice service. Price is up with the rest, but you will be pleasantly surprised.

At the end of the day, it will be the experience you have that makes buying tickets worth it. We see a lot of people just focused on what they will pay for tickets.

The nice thing is you have several options when it comes to buying Rams tickets. Below we will discuss a couple of ways you may not have completely thought of.

Season Tickets – Yes. Bite the bullet and spend the big bucks on tickets. Pay the seat license and be comfortable with the price. You will then have control of how you use these tickets. If you were to sell every game, you could make your money back and also make a big profit. You then have the opportunity to go to the games you want to see. This gives you an array of options at a significant cost.

Day of the Game Tickets – Also known as last-minute tickets, buying your seats on the day of the game could be a great way to save money with some great seats. All the major third-party sites provide a service to get your tickets switched to your mobile device at the last minute. This has actually brought more fans into the stadium over the past few years.

A Look at the Rams Past

I guess you can say the Rams are a well-traveled team. With their most recent move to L.A., a lot is to be said about the Rams and their organization.

Since the merger of the AFL and NFL, the Rams have won one Super Bowl. This was in 1999, with the infamous nicknamed team the greatest show on turf. They’ve also won several conference and divisional titles.

You can expect some big game rivalries against divisional opponents Seattle Seahawks and Arizona Cardinals.

Some great players that have come through the organization include Jack Youngblood, Issac Bruce, Eric Dickerson, and Marshall Faulk. Each one of these players brought something special every week and made the Rams an exciting team.

There is a lot involved in going to a Rams game. Whether they are having a winning or losing season, tickets will surely be more expensive than what you want to pay. If you play your cards right you can end up with some really great seats for an affordable price. Keep an eye out on certain sections of the stadium where you may want to sit. Look for price drops and jump on ones you can afford. Good Luck!