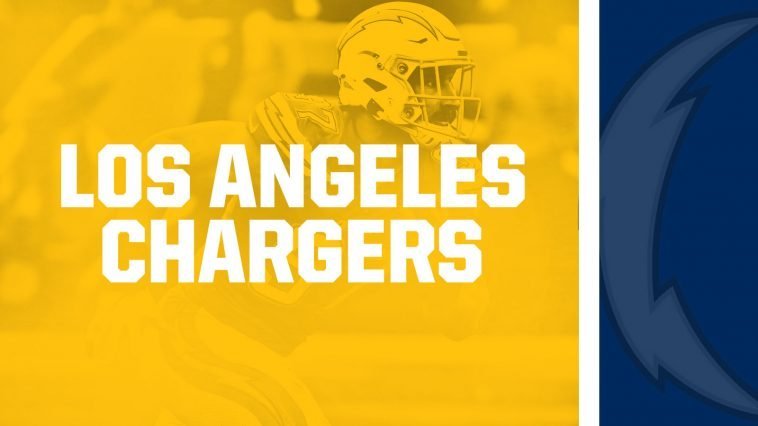 Here we go Chargers. It’s that time of year for you to grab some cheap Los Angeles Chargers tickets. You will learn all about buying tickets, finding the best seats, some information about the stadium, and some history about the Chargers.

The listing of tickets covers all kinds of Chargers events. You will find home and away game tickets as well as parking passes. Should they make the playoffs, those tickets will appear on the list as well.

There were no events found for Los Angeles Chargers.

Football is back in L.A. and with a vengeance. For many years football vanished from the Los Angeles area, and now the patrons of Southern Cal can say we have football again. Two times over with the LA Rams also sharing the same stadium.

Chargers fans in the L.A. region can’t wait to get tickets to one of the most state of art stadiums in the world.

The key to having a great experience is knowing when to get your tickets. We all want special deals to NFL games. Since there are so few home games each year, tickets to individual games will be way more expensive than say, a LA Dodgers game.

The sweet spot to getting tickets is around two full weekends before the game. The opponent and seat location will matter so be aware of this.

If you are a solo spectator or don’t mind where you sit, you can always chance it on a day of the game ticket. For many reasons, tickets will always pop up at the last minute. Just remember, there are a lot of people looking to do the same thing.

Using sites like SeatGeek or StubHub will be your go-to place to find any kind of seat. Deals and prices will be pretty volatile. After a loss is another time to consider buying.

We will have more information in the future. Since there hasn’t been a game with attendance, the information is still coming in. Eventually we will break down the sections to sit in and which areas to avoid if you can.

Being L.A., you know prices for seats is going to be pretty heavy. Be ready to drop at least $200 for a decent seat. If you want to sit far away and just get the experience of a live game then you can probably find seats for $75.

You can expect to pay around $30+ for a regular parking space around SOFI Stadium. Yes, pretty insane.

Use apps like Parkwhiz and Spot Hero, to get your parking passes ahead of time. This will save you from a lot of headaches if you arrive without a parking pass.

Get Some Food Nearby SOFI Stadium

If you aren’t into tailgating or if you don’t want to eat food in the stadium, you can check out some of the restaurants nearby. Although not within walking distance, you could try out a few places.

Billionaire Burger Boyz – This is a highly reviewed burger place that will be sure to fill you up before a game.

Need a Place to Stay Near SOFI Stadium

If you don’t mind staying in some cheaper style hotels, you can find some decent deals on Hotel prices. You have a lot of hotels since you are near the airport.

Hampton Inn Los Angeles Airport Hawthorne – You’ll find prices starting around $189, but these will change based on the day.

Candlewood Suites Hawthorne – Average prices will be around $148, but don’t expect the amenities like you would find if you are staying downtown. Sometimes it’s best to go cheaper around L.A.

Types of Tickets to Consider

This will come down to personal preference. Are you going to be in town for a game? Do you live in Los Angeles and want to go to more than one game.

Season Tickets – If you are ready to go all-in on a super awesome stadium, then buying season tickets may be the way to go. Licenses are super expensive, but if you plan to go all of the time, you will save in the long run. Remember, you can always sell your tickets like we are discussing here.

Last-Minute Deals – Depending on your risk level, a last-minute ticket or tickets could work out. Should the Chargers have a down year, this is your best bet when getting tickets. If the Chargers are in contention you may want to get those tickets ahead of time.

The Chargers were founded in 1959 and their first season was in 1960. Since the inception of the NFL, the Chargers have always been in the AFC West.

This is another team that has yet to win a Super Bowl. They have been in a couple, but they have never actually won.

Here are some of the stadiums they’ve played in the past.

Some great players from the past include Quarterback Dan Fouts and one of the best running backs of all time, LaDainian Tomlinson. Each of these players showed why Football is one of the best games to watch. Other greats included Philip Rivers Junior Seau.

Get Some Chargers Tickets

Now you are ready to get tickets. What is next? We list several different marketplaces for you to grab tickets. Each one has its own benefits, but at the end of the day, you will pay close to the same prices. Football games are super expensive to attend. Be ready to pay and don’t let it bother you when you submit the credit card. Check out SeatGeek for some great last-minute deals as well. If you have any questions about tickets to Chargers games please contact us.