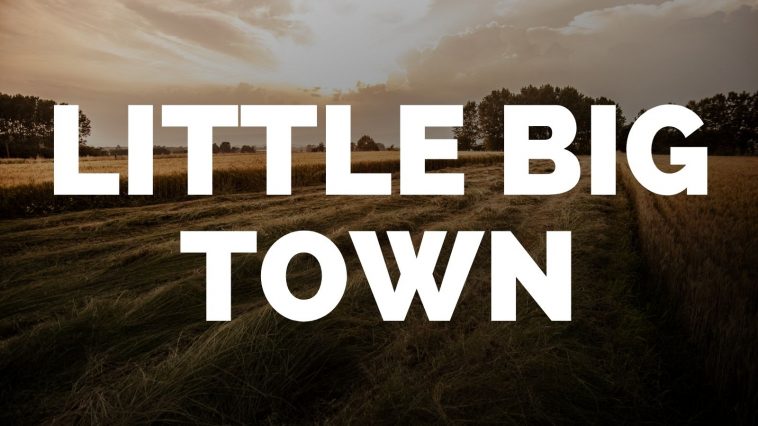 Country music group Little Big Town is made up of members Karen Fairchild, Kimberly Schlapman, Phillip Sweet, and Jimi Westbrook. All four were the original members of the band, coming together to form the group in 1998. Here is your chance to get some of the best seats at a Little Big Town Concert. You’ve found the best time to buy tickets so don’t hold back.

There were no events found for Little Big Town.

Prior to joining Little Big Town, Fairchild was in a Christian group called Truth. She also formed a duo with Point of Grace member Leigh Cappillino called Karen Leigh. She met Kimberly Schlapman (nee Roads) while attending Samford University in 1997. The following year, Jimi Westbrook joined the Little Big Town family. Phillip Sweet rounded out the quartet after being recommended by a local songwriter in Nashville.

Little Big Town had a recording contract with Mercury Nashville Records but that deal didn’t result in any singles or albums, so the group was dropped from the label. In the meantime, they sang vocals on Collin Raye’s 2001 album Can’t Back Down while Sweet and Schlapman co-wrote a song on Sherrie Austin’s album Followin’ a Feelin’.

The group then released its self-titled debut on Monument Records. But when the label’s Nashville branch closed, Little Big Town took day jobs to earn money, touring when they could.

A few years later, the band signed to independent record label Equity Music Group, which was owned by fellow country singer Clint Black. Their second album (the first with Equity), The Road to Here, was released in 2005 and went platinum. The group co-wrote most of the songs on the album along with its producer Wayne Kirkpatrick.

When Equity closed its doors in 2008, Little Big Town re-released their third album, A Place to Land, which had previously been released on Equity. They went on to record 5 more albums under Capitol Records. Some of their biggest hits, including “Pontoon,” “Girl Crush,” “Better Man,” “Bring It On Home” and “Day Drinking” were released on those albums, many making it onto Top 10 lists or becoming #1 singles. The song “Pontoon” earned the group a Grammy Award for Best Country Duo/Group Performance.

Little Big Town has gone on tour with several other country artists, both as a supporting act and as co-headliner. They have opened for Keith Urban, Carrie Underwood, George Strait, Martina McBride, and Miranda Lambert, among others. The group’s headlining tours have been 2011’s The Reason Why Tour, 2013’s Tornado Tour, the Pain Killer Tour in 2014, and The Breakers Tour in 2017.

Additional project credits for Little Big Town include doing harmony vocals on David Nail’s album, I’m a Fire, for a song that the group wrote with Brett Eldredge. They were also featured on Miranda Lambert’s Platinum album on a song they almost recorded. The band sang on John Mellencamp’s Freedom’s Road album, with Fairchild recording a duet on his album Life, Death, Love, and Freedom. She also appears in Mellencamp’s music video for the song “A Ride Back Home.”

How to Buy Tickets to Little Big Town Shows

No matter which “little big town” you want to see Little Big Town in, there are inexpensive tickets available. Check for exclusive deals at your favorite live music venues.

Little Big Town has certainly made waves in the country music industry. Their superb talents earned them a coveted spot as the first act in history to score a year-long residency at Nashville’s legendary Ryman Auditorium back in 2017.

Additional projects for the members of Little Big Town include a clothing line for Karen called Fair Child and a cookbook written by Schlapman called Oh Gussie!

Audiences from near and far will definitely notice the southern influence in Little Big Town’s music. The group features four-part vocal harmonies in their songs and often alternates between members for lead vocal parts. Experience the magic of Little Big Town live. This is the best time to buy Little Big Town tickets for shows coming to a venue near you. Get the best seats possible when doing your research.