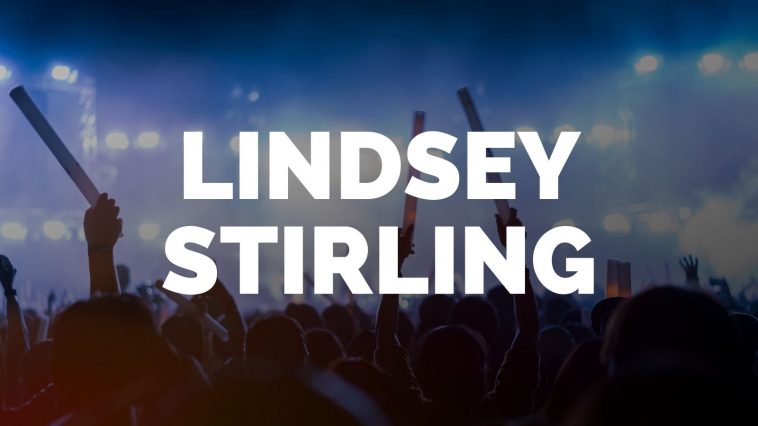 Lindsey Stirling was born in 1986 in Santa Ana, California but grew up mostly in Arizona. She is a violinist who is active as a performer and on Youtube. Her gifts as a songwriter are showcased by her ability to write many different genres of songs. She has released classical, pop, rock, and EDM. Her fans will be the first to admit, that she can make the violin fit into different styles that no one thought were possible. Stirling is also famous for her choreographed violin performances which makes her a truly unique performer. This is the best time to buy Lindsey Stirling tickets. Get up close seats at a venue near you.

There were no events found for Lindsey Stirling.

Raised in humble beginnings, her parents could only afford to pay for half of a violin lesson. This meant that Stirling’s violin teacher only taught her how to play 15 minutes a week. She began these limited lessons at the age of five. She experienced performing when she took part in a band with her classmates in high school. She wrote a solo violin rock song that helped her win Arizona’s Junior Miss. In 2010, Stirling became a quarter-finalist in America’s Got Talent’s season 5.

After the show, cinematographer Devin Graham got in contact with her because he liked how she danced and played the violin all at once. They filmed a music video in 2011 and the video brought her more popular than ever. She created a Youtube channel called Lindseystomp after seeing the success. It gained a huge amount of subscribers during the first year it was created. In 2018, the channel had 2.4 billion total views and over 11 million subscribers. She released her first album in 2012 and it received a gold certification. Her music video for the song Crystallize was the eighth most-viewed video of 2012 with over 42 million views. She has won a Top Dance/Electronic Album in 2015 at the Billboard Music Awards.

Stirling’s first tour happened in 2012. It was a massive tour that lasted almost a year and had 122 dates. On this tour, Stirling visited North America, Europe, Asia, and Australia. Many of her tours attract Europeans and she is incredibly popular throughout the continent. Her tour in 2014 saw over 200,000 people attend. It was reported that more than half of them were Europeans.

Get the Best Tickets Ever

When it comes to getting the best seats, everyone needs a little bit of help. Luckily, you will be sure to find the best tickets here. Use the listing right above to make it happen. All the best prices are listed here. If you still want to find tickets at a lesser cost, try waiting a bit. Many venues choose to release their best deals later on.

Electronic Music With the Violin

Stirling’s fans love her because she is one of the most unique violinists in the world. She is a wonderful violinist who can play amazing classical arrangements. She will play her music on top of some of the best electronic dance beats. Her music begs you to dance and relax at the same time. She reinvents dance music and classical music with each release. She attracts both dance music fans and violin fans.

Her performances are beautiful too. She has always loved to dance ever since she was young. Stirling has said that she is so blessed to be able to do the two things she loves at the same time – dancing and playing the violin. Her dances are restrained but her feet seem to be able to fly. It is always exciting to see what new dance moves she will come up with.

Make sure you get a seat to see her play as soon as possible. She is a wonderful treat and anyone will be excited to get a ticket to see her play. Her fans continue to grow every day so now is exactly the best time to see one of the most exciting artists of our era.