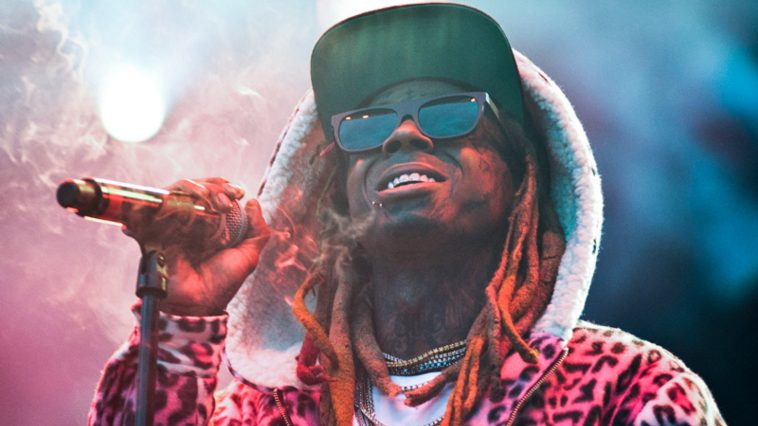 Few artists have had a more dramatic impact on modern hip hop than Lil Wayne. He’s the rapper who broke Elvis’s record for having the most songs on the Billboard Hot 100, and he’s sold north of 100 million records. He’s become one of the most sought-after collaborators in the industry and has even managed to find time for the occasional acting role. This is your chance to get the best seats for a Lil Wayne concert. Should he be touring near you, the listings below will share the information you need.

Born Dwayne Michael Carter Jr., Lil Wayne has been in the music game since he was eleven years old when he was spotted and signed by Cash Money Records. The New Orleans native went on to spend time in the hip-hop group Hot Boys before he exploded onto the national scene with the release of his Tha Carter albums in the mid-2000s. In the days since, Lil Wayne has risen to the upper echelons of the pop world, regularly hitting the top of the charts and playing sell-out concerts the world over. His rise to the top has continued at a healthy pace ever since.

Lil Wayne tours are consistently some of the highest grossing in all of hip-hop. His tour for Tha Carter III album is one such example, seeing the artist hit the road with a cornucopia of performers including Drake, T-Pain, and Jeezy. The tour hit prestigious venues such as the FedEx Forum in Memphis and the Gibson Amphitheater in Los Angeles. In subsequent years, Lil Wayne shared a co-headlining slot with former opener and modern hit-maker, Drake. Their “Drake vs. Lil Wayne” tour was a huge success and saw the two engaging in rap battles that showcased their lyrical prowess of each.

How to Buy Tickets for Lil Wayne Live

If you’re one of the countless fans lucky enough to have seen a Lil Wayne live performance, you’ll know just what a treat it is. Any Lil Wayne live show is bound to be full of raw energy and heavy beats, showcasing a performer who is at the top of his game. If you’re looking for cheap Lil Wayne tickets, then use the listings above. Depending on the venue, you’ll want to get the best seats available at the time of sale.

Collaborations with Destiny’s Child, Robin Thicke, and Nicki Minaj have proven to be incredibly successful, seeing his talents reach far beyond hip hop. He’s even branched out in his own music with a rock-inspired album, Rebirth. Lil Wayne’s lyrics are always sharp, and his production is top-notch. His natural storytelling ability is one of the reasons why he’s so respected in the business and why so many top stars are eager for a chance to collaborate with him.

After many years of delays, Lil Wayne finally released Tha Carter V in 2018. The record debuted at number one on the U.S. charts and cemented Lil Wayne’s status as one of the undisputed kings of hip hop. The album features a variety of guest appearances and was hailed as one of his best records to date.

To really appreciate Lil Wayne’s skills, it’s best to see him live, where his storytelling really comes to life and his abilities to freestyle become apparent. He works the stage with confidence and charisma, holding the audience in his hands.

Lil Wayne continues to engross crowds both at home and internationally. Every new tour date brings a wave of excitement from fans and a clamoring for tickets. Concertgoers know to expect that a Lil Wayne live performance will be packed with enough hits and special guests to keep them buzzing about it for days.

With a rabid fanbase and a truly global reach, Lil Wayne’s live performances are epic events. As his popularity continues to rise, and his records keep selling by the truckload, his live performances are only sure to become even more legendary. Getting the best seats for a Lil Wayne concert is what you should focus on. If tickets come up for an arena near you, then jump on them.