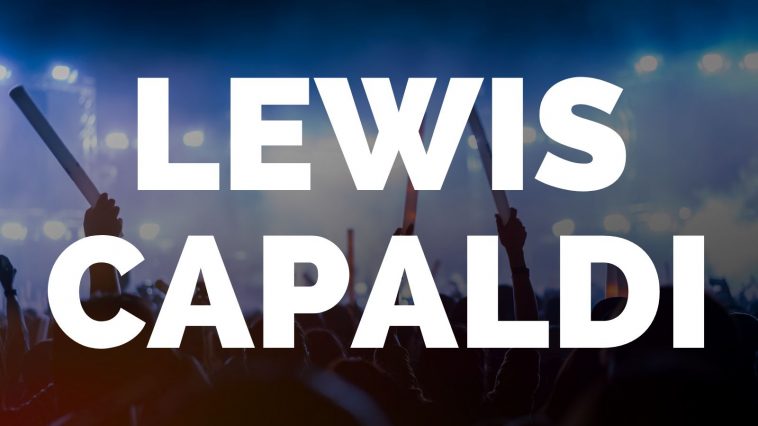 When it comes to Lewis Capaldi you can always expect a good time at his concert. This heavily nominated singer comes from Glasgow, Scotland, and plans to keep sharing his music with you. Today, we will go over several things about Lewis. We’ll start with where to sit at a Lewis Capaldi concert and then, we will move on to a bit of history, and we will finish up with some statistics about his career. To start things off we have listed the upcoming concert dates for his tour or performances. If you don’t see a date near you please select the load more button which will take you to all of his concert listings.

We will try our best when it comes to getting the best seats for a Lewis Capaldi concert. We will look at both big venues and then we will look at seats at a smaller venue. Although he performs all over the world, we will focus on locations inside the United States.

At first glance, with the upcoming concert at the KIA Forum which is part of a touring Christmas group, we are seeing price ranges in the astronomical territory. To get in the door for this event we are seeing prices starting at $307. These are still standard adult tickets as well. We aren’t even considering the resale ticket market.

We are seeing plenty of seats available at this time in certain locations. The prices for tickets are actually a site for sore ticket eyes. However, places like The Met in Philadelphia and MGM Music Hall at Fenway are sold out.

If you check The Andrew J Brady Music Center in Cincinnati, OH you will see general admission pit tickets for $39.50. If you want a balcony seat we suggest you go after a front-row seat which can run you over $100.

The Moda Center is setting up its concert on a half scale. This allows for a big venue while keeping it intimate. I worry about the sound quality at this event. That being said, there are tons of tickets available. Most of the center sections are taken, but the stage left and right have plenty of standard tickets available. Be sure to act.

** Lewis Capaldi Seating Tip – If you are looking at seats for a venue that is months away and standard tickets are available, you should act. Prices won’t go down on those standard seats. If anything, they will go up. Although you may not know your schedule or want to pay now, it is suggested to get those seats no matter what.

Born in 1996, Lewis Capaldi has been on the music scene since 2013. He continues to grow in popularity and also continues to tour the world. In this segment we’ll get into some of his past and how he got here.

He went from uploading his music on Soundcloud to producing albums and singles with major record albums. His song “Bruises” quickly received over 27 million listens on Spotify.

He went on to tour and create more songs over the years. Some have reached huge numbers in terms of fans listening.

He currently has two studio albums and one live album from Wembley Stadium.

He has major influences on his music from the likes of Paul McCartney, Bob Dylan, Kings of Leon, and Adele.

In 2017, he won several awards including MTV and Scottish Music Awards. In 2019, he went on to win the BBC Teen Awards for Best Single and Best British Singer. He was also nominated for over a dozen more things. 2020 was filled with nominations only winning the Best UK Artist out of the Scottish Music Awards. More nominations came in 2021 and 2022 while his new album is being prepared to be released which is going to be supported by a worldwide tour.

Getting Into Some Stats

If you want some of the nitty-gritty details about Capaldi, you don’t have to look much further than Spotify. He is over 30 million listeners a month and this will go up big time with the new album and any album after that. Songs such as Someone You Loved and Before You Go have 2.2 billion and 1.3 billion listens respectively. This is an amazing amount of plays on Spotify. There are several other songs with over 500+ million listens.

His YouTube channel has been growing for years. His first video was posted in 2017 and he continues to put out new videos all of the time. “Someone You Loved” official video stands at 555 million views. This was only in three years. The rest of the videos have a substantial amount of views as well. He currently has over 6.5 million subscribers on his channel. You can see what his channel is all about here

As for some of his other social stats, there has definitely been a pop on Instagram. Followers are at 5.6 million at this time. You will see a jump in numbers as he starts his big tour. It also appears followers continue to follow him on TikTok. He has over 4 million followers on this platform. Of course, there is a lot of crossover of fans, but this still means a lot of people want to know what he is up to.

Get to the Show Near You

Making it out to a concert is one thing, but getting the best seats for the Lewis Capaldi show is key. Since he is more or less a one-man show you will want to get close to the stage. A good vantage point for him, as well as a spot to hear, is your best choice. If you are going to pay, you might as well pay for even a better experience. He has a lot to offer his fans and he will make his fans happy in many parts of the world. If you have any questions about getting Lewis Capaldi tickets you can reach us. Our goal is to get you the best seats at the best price.