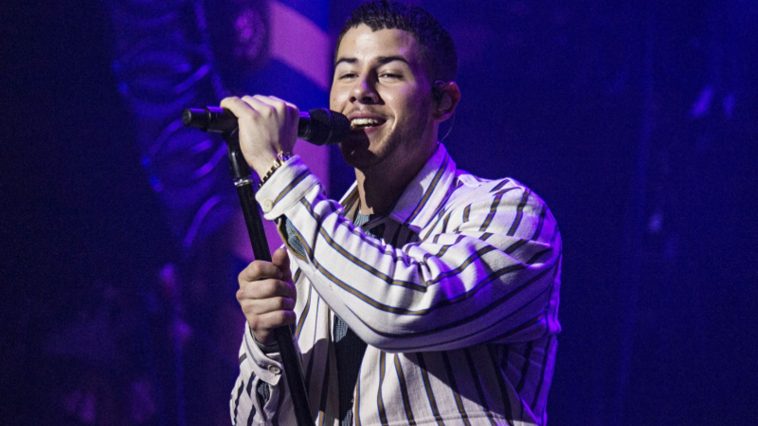 For the first time in 6 years, the Jonas Brothers have hit the road with a live North America tour that began on the 7th of August and will wrap up on the 15th of December. The tour is opened by “Bebe Rexha” and among its coming destinations, we find Columbus, Detroit, Nashville, Chicago, Dallas and more.

The tour is the final chapter of a very busy summer for the reunited group, who has surprised their fans in June by collaborating with Sebastián Yatra, Daddy Yankee and Natti Natasha for the song “Runaway” and also by releasing their first full-length album in 10 years.

There were no events found for Jonas Brothers.

The album called “Happiness begins” has been released on 7th of June and is the first one of the reunited line-up. It features reggae beats – in the track “Only Human”, upbeat rhythm in the single “Sucker” and jams just perfect for beach parties in tracks like “Every Single Time”.

The album, which is partially dominated by drums and synthesizers, features also some bittersweet vibes tracks, such as “Don’t Throw It Away”, which sings about the ups and downs the brothers have been through, whilst the ballad “Hesitate” is a love letter that Joe sings to his new wife.

“Happiness begins” is the best work the 3 brothers have released either as a group or in individual projects since they entered the music industry and it proves that for them real friendship is one of the most important ingredients in order to enjoy making music. The album also shows that Jonas Brothers have grown up and had finally found their identities. They celebrate their family lives and manage to seize and transmit all the sparkle that comes from the sometimes bumpy, yet beautiful road they have traveled until now.

June brought also another “treat” to the Jonas Brothers fan base: the documentary “Chasing Happiness”. This release might seem peculiar since none of the stars that Jonas Brothers shared the stage in Disney era –  Selena Gomez, Ariana Grande, Miley Cyrus or Ariana Grande seem willing to return to the time and place where their careers began. Yet, the three brothers gather in this documentary home videos, tour footage, excerpts of interviews and recording archives to present themselves to fans in an authentic light, from birth to rising fame to disagreements and reconciliation, a reconciliation that is reflected in the comeback album “Happiness Begins”.

In 2005, Kevin Jonas was 17, Joe Jonas was 15 and Nick Jonas was 12. Together the 3 brothers signed a deal with a record company after showing them the song “Please Be Mine”. They started to work on their debut album the same year. They also began touring with pop acts such as “Backstreet Boys”, Kelly Clarkson and “The Cheetah Girls”. The debut album, called “It’s about time” was released on 8th of August 2006, with the song “Mandy” as the band’s first single. In 2006 the movie “Aquamarine” featured another song from this album called “Time for me to fly”.

The band’s next step was the collaboration with “Disney”: they composed the main theme for the animated series “American Dragon: Jake Long” and also performed several covers of “Disney” songs such as “Poor Unfortunate Souls” from the soundtrack of the animated movie “Little Mermaid”.

In 2007, the band signed a record contract with Disney’s Hollywood Records, and the premiere of “Disney Channel” of the video “Year 3000” turned the song into a massive success.

Throughout 2007 the group continued their rise to fame: they produced more covers for “Disney” original songs, they released their eponymous album in August, they were the guest stars of “Hannah Montana” and they joined Miley Cyrus in presenting an award at the “Teen Choice Awards” ceremony.

In January 2008, the band hit the road with the tour “When You Look Me in the Eyes”, having “Rooney” as opener. They also toured in Europe alongside “Boys Like Girls” and Avril Lavigne and began the shooting of “Camp Rock” Disney movie which featured also Demi Lovato. The movie premiere from June was a big hit and increased Jonas Brothers’ fan base.

In 2009 the group started recording their fourth studio album called “Lines, Vines and Trying Times”, which also debuted as #1 on “Billboard 200”. In February the boys performed on “Saturday Night Live”. They continued to work, filming “Camp Rock 2: The Final Jam” and “Jonas”, a Disney show featuring also Frankie, their younger brother. The same year they hosted the “Teen Choice Awards” ceremony, a step that proved they were recognized as an icon of the young generation’s music.

The first signs of problems within the band appeared after the cancellation of their TV show when the 3 boys began to work on individual projects. However, in October 2012 they played a concert at “Radio City Music Hall”. In 2013, the band was working on their fifth album called “V”, which was scheduled for release and an accompanying tour in October. A few days before the tour was supposed to start, the 3 brothers announced the tour was canceled due to creative differences. The group officially disbanded 3 weeks later without finishing their fifth album and with only 5 songs of that album being released.