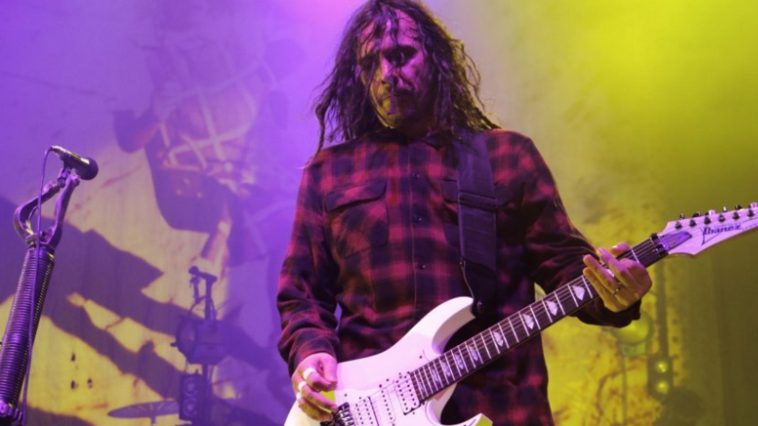 Korn is one of the leading Nu Metal bands in the world today and for a good reason. The band first formed in 1993 in Bakersfield, California, and their first album came out the next year. They’ve been around longer than many of their current fans have been alive, and tickets to Korn concerts are still in high demand. If you’ve never seen this band play, they still have all of the same energy and stage presence that they did 20 years ago. Their shows are extremely popular, and if you’re a metal fan, this is one band that you need to see while they are still at their peak.

Korn burst onto the metal scene back in 1994 when their first album, their self-titled debut, came out. It instantly created a large underground following, and their second album in ’96 solidified their fan base. When their third album, Follow the Leader, came out, they exploded into the mainstream thanks to the fact that it was their first album to debut at number one on the Billboard 200 chart. Issues also received this honor. Current band members Jonathan Davis, Munky Shaffer, Head Welch, and Fieldy Arvizu were all original members of the group. Only their drummer is new. Ray Luzier took over this position in 2007. They have had several hit songs over the years, with some of the more popular being “A.D.I.D.A.S.,” “Got the Life,” “Freak on a Leash,” and “Falling Away From Me.”

Korn has been awarded two Grammy Awards during their time at the top of rock. They also have received a number of distinctions, like being the first rock group since Buddy Holly to perform at the Apollo Theater, having videos retired from MTV, and having multiple platinum albums. Tickets to Korn are perhaps even more popular now than they were when the band first emerged on the music scene thanks to all of the success that they have compiled over the years. If you’ve never seen them but you’re a fan of their music, you owe it to yourself to catch this current tour when it stops in your city.