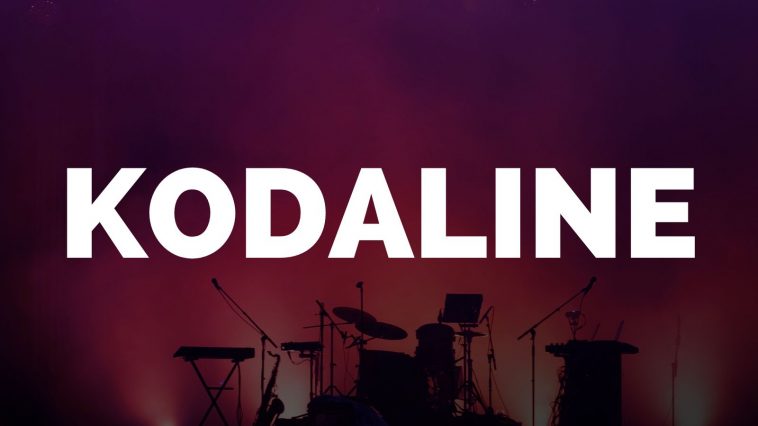 Kodaline is an Irish indie/alternative rock band. The formed in 2012 out of a group formerly known as 21 Demands. Steve Garrigan (lead vocalist, rhythm guitarist, and keyboardist), Mark Prendergast (lead guitar, vocals, keyboard), Vincent May (drums and vocals), and Jason Boland (bass and vocals) make up the band. Garrigan and Pendergast grew up together as friends in the Swords neighborhood of Dublin. While attending secondary school at Colaiste Choilm they competed in a battle of the bands together. This is the best time to buy Kodaline tickets. Make sure you look for the best seats so you can take in some amazing music.

There were no events found for Kodaline.

21 Demands, Garrigan and Pendergast’s original effort, gained some traction across the U.K. before Kodaline was launched in 2012. The first single the group released on The Kodaline EP, “All I Want” was a major hit. Fearne Cotton, a DJ on Radio 1, declared it her Record of the Week. The song was also featured in a season nine episode of Grey’s Anatomy, “Remember the Time”, Google’s 2012 Year in Review video, on the MTV show Catfish: The TV Show, and a season five episode of The Vampire Diaries. The soundtrack for the feature film The Fault in Our Stars and Turner Classic Movies remembrance of film industry contributors who perished in 2014 utilized “All I Want” as well. BBC announced in 2012 that Kodaline was up for the Sound of 2013 poll. In a Perfect World, their first studio album was released in June of 2013. Other notable tracks from the album include “High Hopes”, “Love Like This”, and “Pray”.

A cover version of Paul McCartney’s 1980 single, “Coming Up” was released by the band in April 2014. In December Kodaline released another LP, Coming Up for Air, and a track on YouTube, “Honest”. “Honest”, now has about 6 million views on YouTube. The album came out as number four on the UK Album chart and both the singles “The One” and “Honest” entered the Top 40 on the UK Singles Chart. In 2018 a third album was released, Politics of Living.

Live, the dramatic build of Kodaline songs like “The One”, has the capacity to gel a crowd into a unified swaying mass. A video of the group performing The One in Boston gives a look at what to expect from a Kodaline show. Garaging introduces the song by telling the story of its origin. He says that the band wrote the song for a friend’s wedding, then proceeds to ask the crowd to take out their phones and turn on the flashlights. The camera pans the crowd and shows everyone, with the exception of an old man in a green sweater, taking out their phones. By the end of the song, the whole band and crowd are singing in unison to the hum of Pendergast’s guitar.

Kodaline performs across Europe as well as the UK. they played the Glastonbury Festival in 2014. The band has also played in venues throughout North America and Australia. The group regularly plays major shows in Dublin, their hometown, including a New Year’s Eve performance in 2014 and frequent performances at St. Annes Park. If you are interested in seeing Kodaline perform live on stage, then now is the time to check out the listings above.

Before becoming Kodaline, 21 Demands was featured in the fifth series of the RTÉ talent show You’re a Star. The group made it to runners-up. RTÉ released a 21 Demands single on their website called “Give Me a Minute” in March of 2007.

Songs other than “All I Want” have also been featured in television and film “Brand New Day” not to be confused with the Van Morrison song, became the theme tune for the hit Chanel 4 series Gogglebox. The film Horns used the song “Pray” for its trailer in 2014.

Are you ready to commit to some of the best Kodaline tickets out there? This is a great way to see some of the bands you love up close with the best seats in the venue.