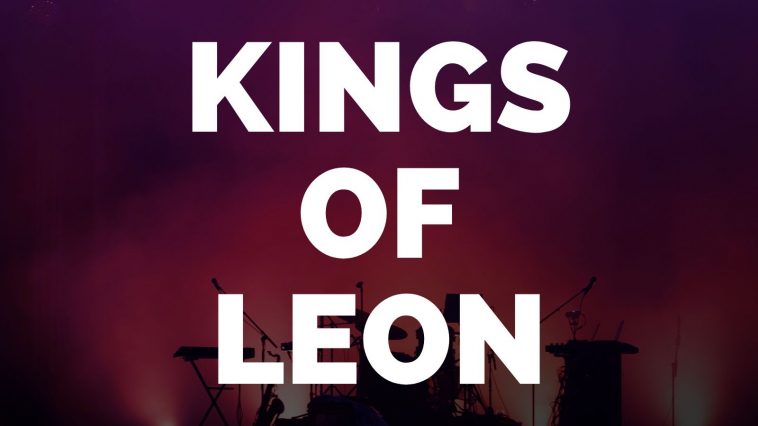 Kings of Leon have grown beyond their Tennessee roots to become one of the biggest bands in the world. Taking their cues from both southern roots rock and modern indie music, they hit the scene in the early 2000s as equal parts Allman Brothers and the Strokes. The band’s history reads like something out of a Flannery O’Connor story. The band is comprised of three Followill brothers (Caleb, Nathan, and Jared) and a Followill cousin (Matthew). The Followill brothers got their start in music by accompanying their father (a Pentecostal evangelist) around America’s heartland, traveling to different churches and tent revivals. After years in church life, however, rock ‘n’ roll called, and Kings of Leon answered.

There were no events found for Kings Of Leon.

After a few well-received albums—and a large following in Europe—the group finally began to make waves in the United States. The band’s third album, Because of the Times, took their sound in a darker, more expansive direction than the jangly southern stylings of Youth & Young Manhood and Aha Shake Heartbreak. However, it was 2008’s Only by the Night that set the band alight. With the single “Sex on Fire,” the group pretty much owned rock radio and enjoyed a surge in their popularity that has continued through subsequent releases and tours.

Kings of Leon concerts are known for their raucous live energy. Any Kings of Leon show can be expected to get the crowd excitedly singing along to one of their many anthemic choruses. Shows have taken place at such exalted venues as Madison Square Garden in New York, Red Rocks Amphitheater in Colorado, and the Merriweather Post Pavilion in Maryland. The band has also headlined festivals such as SandJam in Florida and Austin City Limits in Texas while also playing to huge crowds in London’s Hyde Park.

Getting Kings of Leon tickets

With their steady rise in popularity over the years and string of highly successful albums, it’s no surprise that Kings of Leon tickets can be hard to come by. If you want to stay informed of last-minute and cheap Kings of Leon tickets are here. Access tickets that you may not have otherwise seen.

Any Kings of Leon live show is a special event. They’re much lauded in the rock ‘n’ roll community for bringing back a bit of the swagger of their southern rock forebears—something that many could say is in short supply these days. Lead singer Caleb Followill’s dynamic voice can go from gentle to full-on guttural wallop in an instant. During choruses for songs like “On Call” or “Use Somebody,” his voice really takes flight and soars over the crowd.

As can be expected with any group that’s played together as long as the Followill brothers have, the band has become incredibly tight musicians over the years. While the group has floated to a more mainstream sound in recent years, Kings of Leon songs like “Molly’s Chambers” and “The Bucket” are still played with a decidedly Southern boogie. In their early days, the band opened for such legends as U2, Pearl Jam, and Bob Dylan. These days, the band does the headlining. Each tour announcement sets off reverberations throughout their worldwide community of fans, all eager to see the group perform both old classics and newer material as well.

The Kings of Leon Experience

Kings of Leon live shows are eagerly anticipated. If you want to ensure that you don’t come up empty-handed when searching for Kings of Leon tickets, you’ll want to check the listings early and often.