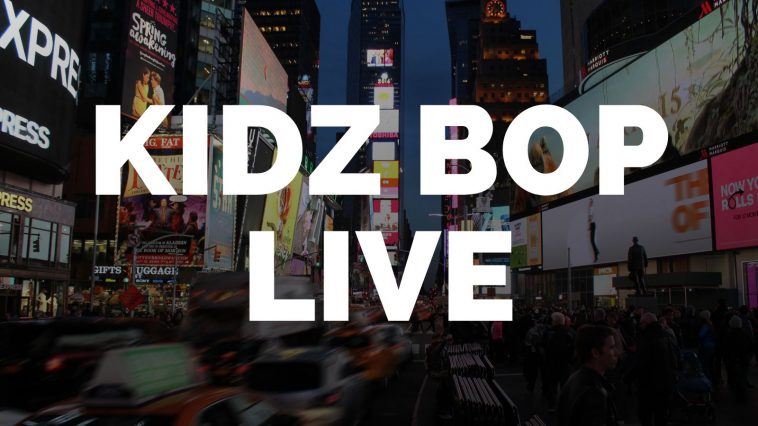 Kidz Bop Live is a kid band that was formed by Razor & Tie co-founders Cliff Chenfeld and Craig Balsam and has become really popular globally. The idea of forming a band that will be dedicated to making music for kids was a hit in the United States and was taken to a global scale as they branch out to the United Kingdom, Germany, and other countries. This is the best time to buy some Kidz Bop Live tickets. Get some of the best seats when you check the listings below.

The idea was to make music strictly for kids, especially popular songs that have topped the Billboard charts. Being that most of these songs are not made for children with explicit content and not so friendly tone. The producer usually changes some of the lyrics to be fitted for children and makes these songs into albums that have sold millions of copies globally.

This ideal has been highly criticized as people stated that changing some of the contents in the song does not make such songs children-friendly. They believe that the song may still have some intent for adults only and may not be pleasant for kids.

However, Kidz Bop has sold over 16 million albums since it was formed in 2001, along with other franchise that has benefited the group.

Kidz Bop has launched several tours in the United States, Canada, Germany, and other countries worldwide with sold-out tickets. The tours are for the family and generate interest from parents as well as children, with a lively and fun fare environment.

The members of the band change from time to time with talented shows being carried out especially on tours for suitable members. The tour has become a yearly event with so many activities that will engage your kids in the event. You can find merchandise of the product to buy on trips or tours to keep memories with your kids of a good time. The bands are visiting more cities now, with expectations from. Families and kids to visit locations close to them.

How to Get Tickets for Kidz Bop

The best deals you can find for the best seats are waiting for you. We want you to keep yourself updated by checking our platform daily when the tickets will become available. Get your family to have a memorable time as they sing along to their favorite songs.

Kidz Bop is one of a kind band and the ideal has really sold off as they have several top-charting albums on the Billboard kids categories. They have become very popular and now have their own clothing line, radio show, and talent hunt. The talent hunt for children of 15 years and below has become a yearly event as kids stand the chance of winning record deals as previous winners of the competition. It is a lovely environment for kids to have fun along with other kids in a festive mood.

The Experience with Kidz Bop

You only have to watch the facial expressions of your kids to understand the feeling when you take them to watch Kidz Bop perform. It is a place for the whole family to have a good time and stand the chance of winning great prizes.

They play popular songs that everyone can sing along to and have a good time. Do not let your family down as you get Tickets for them. Getting the best seats possible will also make your experience that much better. With the best time to buy tickets being right now, make sure you act now.