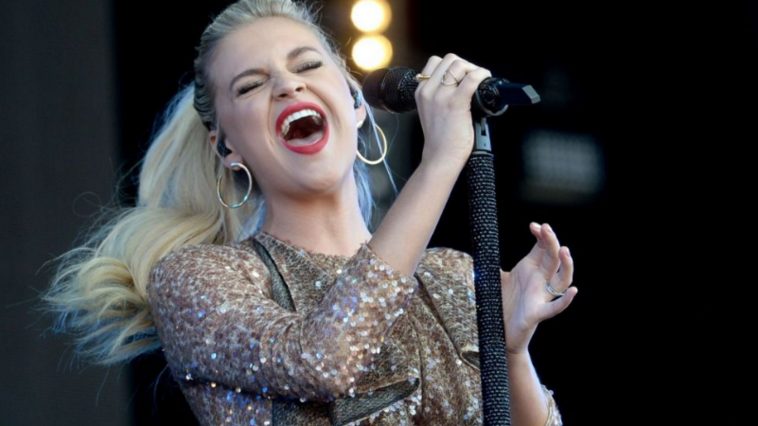 Country singer Kelsea Ballerini grew up in Knoxville, Tennessee, and has been performing in some capacity since the age of three. During her youth, she took dance lessons, sang in choirs at church and school, and wrote her first song (for her mother) when she was 12 years old. When she was in her teens, Kelsea moved to Nashville where she attended high school and studied for two years at Lipscomb University. She then began pursuing a career in music. Before we continue sharing information about Kelsea, check out the listings below on some of the best seats for her upcoming shows. You will want to get the best tickets possible to upgrade your experience.

At 19 years old, Ballerini signed a deal with Black River Entertainment. Her debut single “Love Me Like You Mean It” made it to #5 on the US Billboard Hot Country Songs chart and ranked #1 on the Country Airplay chart. The song was the first by a female artist to top the country charts since Carrie Underwood’s “Blown Away” in 2012. In 2014, Kelsea was named one of CMT’s Next Women of Country and performed at the Grand Ole Opry just one year later. This was the first of many live shows that she would sell tickets to as her popularity in the country music space began to grow.

Kelsea released her debut album The First Time in 2015. The album included “Love Me Like You Mean It,” as well as other chart-toppers like “Dibs” and “Peter Pan.” With the release of her first two singles, Ballerini became the fifth female country artist to have back-to-back number-one hits. She also became the first female country artist to simultaneously top both the Country Airplay and Hot Country Songs charts. Her first three singles additionally made her the first female artist to have her first three singles reach #1 since Wynonna Judd claimed the title in 1992.

In 2017, Kelsea released her second album, Unapologetically. This album earned her a nomination for Best New Artist at the Grammy Awards.

In conjunction with her debut album, Kelsea Ballerini embarked on her First Time Tour in 2016, followed by The Unapologetically Tour to promote her second album in 2018. Her The Miss Me More Tour, which features fellow country artists Brett Young and Brandon Ratcliff is set to run through 2019.

In addition to headlining her own tours, Kelsea has co-headlined tours for other artists, including Lady Antebellum, Dan + Shay, Rascal Flatts, Thomas Rhett, Keith Urban, and Kelly Clarkson.

How to Buy Tickets to Kelsea Ballerini Shows

Using the listings above will be your best bet when it comes to getting tickets. Scroll through and find a location near you that may work for your budget.

Kelsea Ballerini is an artist whose success was quite imminent from the start. She has accomplished feats that many other artists, both emerging and veteran, could only hope to accomplish. She signed a record deal almost immediately after following her dream of having a career in music, took the stage at the Grand Ole Opry just a short time later, and has achieved gold and platinum album success in less than five years.

With a track record as impressive as Kelsea’s, her story is definitely one for the books. She has made history in more ways than one and her journey is just getting started.

Even though she’s not considered a novice performer anymore, Kelsea still has to make an impression with new fans and industry insiders. While her music falls in the country category, it is definitely pop-influenced and has major crossover potential. With her career still in its early stages, she’s an artist who is full of determination to prove that she is deserving of the achievements she has had.

Watch Kelsea Ballerini as she continues to evolve as an artist by purchasing tickets to one of her shows. You will be surprised how fast the best seats sell. Be sure to act quickly so you don’t get left out when it comes to the next show.