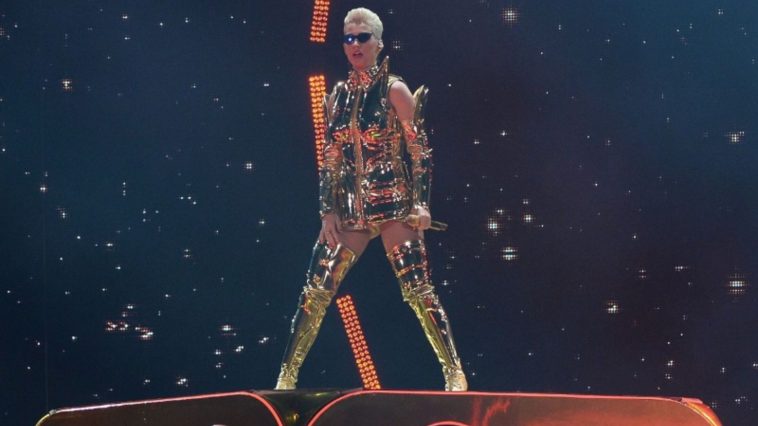 Do you ever feel like a plastic bag? How about a firework? A dark horse perhaps? Even if you answered “no” to any and all of those questions, chances are your mind is now thinking about the pop sensation Katy Perry. Born as Katy Hudson, the singer, songwriter, and television judge personality broke into the mainstream music scene after releasing her hit singles “I Kissed a Girl” and “Hot n Cold.” This is the best time to buy Katy Perry tickets. You’ll want the best seats in the building if you can afford them. The experience will be next level.

In her early life, during the pre-Perry years, Katy Perry had already achieved musical praise. While she wasn’t famous, her talent for singing and songwriting was notable. She grew up singing around her church and thus first signed with the Gospel-centric Red Hill Records. Her debut album Katy Hudson was a bit of a flop, and she subsequently moved to Los Angeles to rethink her musical career. It was in California Katy Perry would be “born” after working with Capitol Records.

Katy Perry now regularly releases chart-topping singles for beloved music fans to enjoy. Her peppy quirkiness laced through her music is displayed on a grand scale during her live performances. She is known to sparkle and shine as she puts on intense visual displays that go hand in hand with her songs.

Katy Perry was touring long before her neon-lit and costume-filled stages were making headlines. When she still performed under her given name, Katy Hudson, she sang as part of Phil Joel’s Strangely Normal Tour. She also toured often on her own. After her breakout success in 2008, under the moniker Katy Perry, she performed for a number of notable organizations. In ’08, she performed at the Vans Warped Tour and hosted the MTV Europe Music Awards. In 2009, she embarked on her first solo tour in support of One of the Boys. It wasn’t long before Katy Perry was performing shows with other successful pop artists like No Doubt, Elton John, and Rihanna. One of her most memorable performances took place at the Super Bowl XLIX halftime show in 2015. The well-known meme regarded as “left shark” arose from the show, yet, nonetheless, her performance was critically acclaimed.

Katy Perry is one of the most successful singers and songwriters of the 21st century. While she continues to produce hit songs and albums time and time again, she has also taken opportunities to voice act, make cameo appearances in television shows, and be a television judge (as seen on American Idol). Her busy schedule has made tickets to her live shows incredibly sought after. She performs most often in support of a new album, and she can sometimes be found at a large festival like Coachella. To get tickets to see Katy Perry perform, you need to be on the ball. She most often performs in stadiums, arenas, and Las Vegas but, even then, tickets generally sell out. You can be sure to find your Katy Perry tickets in the listings above. Get all your last-minute tickets to shows and events now.

Katy Perry is one of the most holistically celebrated women in mainstream music. She has merged a sense of strangeness, philanthropy, and quality pop. She’s often described as the “queen of quirk” and “easy, breezy, and infectious.” She is also, uniquely, her own primary songwriter, which is rare in recent decades for the biggest pop stars. Perry describes herself as a “singer-songwriter masquerading as a pop star” that “[values] the bravery to be vulnerable and truthful and honest.”

Hear the “roar”, see the “prism” shine, and “witness” for yourself the woman who has rocked the mainstream music industry through exotic stage performances and killer music writing. Katy Perry is a name to remember for decades to come – but why stop there? Experience her live performances for yourself, and get the best seats for the show right now. You’ll be glad you got the seats up close.