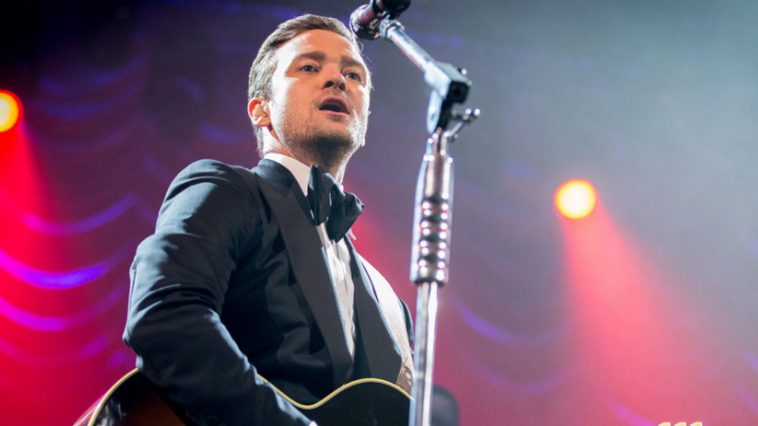 Justin Timberlake started 2018 with great news for his fans: he will perform live in Europe and in North America, in a series of concerts that support his new “Man of the Woods” album, released on 02nd of February.

There were no events found for Justin Timberlake.

On the 8th of January, the singer announced he will have 27 live stops in North America, while on the 04th of February, following his performance at the halftime show at “Super Bowl LII”, JT indicated he will take his new album on tour on the second round in America and also in Europe, with stops in locations like Paris, Amsterdam, London, and Berlin. From February until now, Justin Timberlake added 10 more locations to his spring North American tour and extended his fall winter tour to January 2019. Currently, 69 live performances are scheduled for American fans. The tour started on the 13th of March at “Scotiabank Arena” in Toronto, ON, and will conclude on the 29th of January 2019 at “The Ball Arena” in Denver, CO. It includes stops in Detroit, Nashville, Miami, and second and third performances in locations such as New York, Las Vegas, Chicago or Boston.

More than 450,000 tickets for the current tour have already been sold. Each venue includes also a VIP option, which brings fans closer to the artist and the stage.

“Man of the Woods” is Justin Timberlake’s fifth studio album, produced in collaboration with Timbaland and his protégé, Danja. The album contains a mixture of styles, with influences from blues, country, and folk, put in the frame of futuristic cosmopolitan funk, garnished with pop and soul. Even the album’s cover suggests the fans are about to enter a universe of blended sounds: a photo split into two shows half of Justin Timberlake in jeans, in a field somewhere, while the other half displays him in a suit somewhere in a forest with snow. This cover can be seen as a metaphor for the artist’s attempt to reconcile R&B with Americana and coziness with darkness.

The first single of the album – “Filthy”, released in February 2018, sounds surprising because it contains elements that apparently don’t match: vintage slap bass and funk electronic groove. The video makes fans think about the “Ex Machina” movie – Timberlake controls a robot with its own movements, providing a futuristic flavor to the music + video set.

“The Hard Stuff” track resembles a country ballad, except for the beat that reminds the audience of electronic music, despite the promise “I’ll be there when the storm comes”, clearly stated in the lyrics by Timberlake.

Another track from the album – “Livin’ Off the Land” starts with a surprise: a sample of a commercial that features on the reality show “Mountain Men” broadcasted by “The History Channel”. The song is dominated by guitar strumming and can be seen as the weeping of a working man who has to pay his dues while holding on to his relationship.

The duet played with Alicia Keys – “Morning light” is a song about being in love, recalling “Love and Happiness” by Al Green, with the voices of the two artists creating a soft feeling which invites fans to just lay in bed with their loved ones.

The album includes collaborations also with Chris Stapleton, in the “Say Something” track, and with Pharrell Williams and the co-producer Timbaland.

While some of the critics have indicated as a weakness of the album the feeling of contentment that can be sensed in the majority of songs, fans all over the world seem to like precisely this feature of the album: a man/an artist who has grown up sings about the contentment brought to him by the two greatest loves of his life: music and family life.

Because all in all, Justin Timberlake has shown in the past years he has evolved, both as an artist and as a man.

If you want to see him perform live, get your tickets now from StubHub and SeatGeek.

Born on the 31st of January 1981 in Memphis, Tennessee, Justin Randall Timberlake raised a Baptist and sang in the church choir. His grandfather introduced him to the guitar and to the songs of Johnny Cash and Willie Nelson, while his father broadened his musical universe by playing “Eagles” and “Queen” songs.

Between 1993 and 1995, Timberlake performed on “The New Mickey Mouse Club”, where he met JC Chasez. Joined by Lance Bass, Chris Kirkpatrick, and Joey Fatone, Timberlake and Chasez founded the boy’s band *NSYNC, which became of the greatest pop groups of the ‘90s. Their debut album, called *NSYNC, brought them huge popularity first in Europe and then in the US, thanks to the singles “I Want You Back” and “Tearin’ Up My Heart”.

Two years later, Timberlake embarked on a solo career. His first album – “Justified” – sold more than 7 million copies all over the world and brought him “Best Pop Vocal Album” and “Best Male Pop Vocal Performance” Grammy Awards in 2004. From that point on, Justin Timberlake’s career has been known to increase in diversity and popularity. He received a Grammy nomination for his collaboration on “Where Is The Love?” with the “Black Eyed Peas”, he started JayTee Records – his own record company in 2005, he worked with Nelly Furtado, Snoop Dogg, and Nelly.

Its second album, “FutureSex/LoveSounds”, released in 2005, debuted at #1 in the Billboard chart, with the singles “What Goes Around Comes Around” and “LoveStoned/I Think She Knows” bringing Timberlake two Grammy awards. In 2008, he co-wrote and co-starred Madonna’s super-hit “4 Minutes” and appeared in the comedy “The Love Guru”. Acting is another area in which Timberlake had success, appearing in “The Open Road” (2009), “The Social Network”(2010), “Bad Teacher” and “Friends with Benefits” (both in 2011), “Runner Runner” and “Inside Llewyn Davis” (both in 2013).

In 2006, he entered also the world of television, by becoming a host and musical guest on “Saturday Night Live”. His performance made him a favorite of the fans and brought him two Emmy Awards, in 2009 and 2011, for “Outstanding Guest Actor in a Comedy Series”.

In March 2013, he released the album “The 20/20 Experience”, which reached #1 in the album charts in the first week. The album won the “VMA Vanguard Award” at the “MTV Video Music Awards”, a ceremony where he offered the public a reunion with his former *NSYNC colleagues.

In 2016 Timberlake featured the single “Can’t Stop the Feeling” in the animated movie “Trolls” and the song entered Billboard Hot 100 straight at #1, a position held also in the other 16 countries.

Note – As of right now, Justin has over 30 million listeners a month on Spotify. This is a serious amount of people tuning in each month. His song Can’t Stop the Feeling has 1.5 billion listens. He has a huge audience on YouTube as well with over 10 million subscribers. His biggest video is the original version of the song mentioned.

As for his personal life, after dating Cameron Diaz and Britney Spears, Justin Timberlake started a relationship with actress Jessica Biel in 2007. After several break-ups and make-ups, the couple got married in October 2012 in Italy, in a small ceremony, surrounded only by close family and friends. In April 2015, their son Silas Randall Timberlake was born, and judging at least by the artist’s last album, it seems that family life is really making him happy.

Aside from music and acting, Justin Timberlake owns a clothing line, is involved in the management of several restaurants, and is actively participating in humanitarian efforts concerning especially in his home state, Tennessee.

If Justin is on tour it will be up to you when it comes to finding the best seats. The time is now if you are ready to buy tickets. Let us know if there is anything else we can do to help.