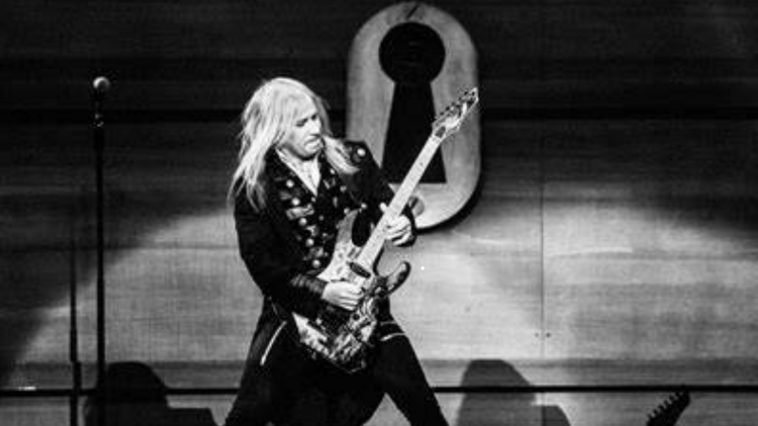 In 1999, a group of musicians united and played in 5 cities in front of 12,000 people. This year, that group, called Trans-Siberian Orchestra will offer fans once again the legendary “Christmas Eve and Other Stories” tour.

The tour kicks off the 13th of November in Green Bay, Wisconsin and Council Bluffs, Iowa and follows the previous years’ tradition of providing performances in more than one location the same day. Including stops in venues like Denver, Salt Lake City, Baltimore, Nashville, Philadelphia, New Orleans, and Houston, the tour wraps up on the 30th of December with a show in Toronto and another one in Chicago.

The tour that has grossed $377 million by performing in front of more than 9 million fans in 1,224 shows will feature this year tracks from the group’s 1996 debut album “Christmas Eve and Other Stories”, from the 1998 album “The Christmas Attic” and from the 2004 album “The Lost Christmas Eve.” The 66 locations and 109 performances tour presents the audience the story of an angel sent to Earth on Christmas Eve. Just like in Frank Capra’s movie “It’s a Wonderful Life”, the tour focuses on the small acts of honesty, generosity and genuine kindness that hence enable the angel to discover all that is good in human beings.

The format of the tour is a unique one: a symphonic metal act in a “Rock Theater” that creates and explores the connection of the performing musicians with the audience. This format has turned over the years the tour into a must-see holiday tradition. The 2019 tour will offer audience classic tracks such as “Christmas Eve/Sarajevo 12/24”, “This Christmas Day”, “Good King Joy”, “Promises To Keep” alongside fan-favorites tracks such as “Old City Bar” and “Ornament’.

The Trans-Siberian Orchestra (TSO) is not a permanent musical organization, but the brand name of a series of symphonic rock fusion albums and live performances created by Paul O’Neill. O’Neill was a professional guitarist and producer with a deep impact on the music industry. He played on the Broadway orchestras that staged “Hair” and “Jesus Christ Superstar”. Influenced by “Queen”, “Yes”, Harry Chapin and Jim Croce, O’Neill began to work as a producer in the mid-’80s. With “Aerosmith” and “Badlands” among the names he produced for, O’Neill also engaged in concert planning and execution. He took all the way to Japan famous names such as Bon Jovi, Sting, and Madonna.

Trans-Siberian Orchestra’s roots are found in Savatage – a heavy metal band founded by Jon and Criss Oliva in 1979 for which O’Neill was also the producer and sometimes writer. The idea of a rock band playing Christmas carols was not appreciated by the music industry but found a fan base among young and adult people. For most recording sessions in the studio, Trans-Siberian Orchestra uses up to 60 instruments orchestra and a choir.

In 1996, the group released their debut album called “Christmas Eve and Other Stories”. Two years later, in 1998, a second album was issued. “The Christmas Attic” also revolved around the Christmas theme. In 2000, the group offered fans the first album not linked to the Christmas theme. In exchange, “Beethoven’s Last Night” album imagined and put in music and on stage Ludwig van Beethoven’s last night on earth, a night he supposedly met Mephistopheles, the symbol of evil.

2004 saw the release of an album that featured all the group’s Christmas recordings. “The Lost Christmas Eve” setting was imagined as being located in New York City and included a toy store, a hotel, a Gothic Cathedral and a blues bar. The album was issued as a 3 CDs and 1 DVD collection.

A second not linked to Christmas theme album was released in 2009. “Night Castle” was also an innovative album telling the story of a soldier present at Killing Fields of the Khmer Rouge, a bloody historical event during which more than a million people were killed and buried in Cambodia by the Khmer Rouge regime. Despite the tragic theme treated, the album manages to transmit a positive message about hope and the belief there is something good in all human beings. “Night Castle” received mixed reviews: whilst a part of the public adored the album, other was willing to burn it. Aside from the story of the soldier, the album featured also 4 tracks not linked to the theme. It debuted at Number 5 on Billboard Album Charts and received gold and platinum certifications.

In 2012, the group released “Dreams of Fireflies (On a Christmas Night)”, a 5 song EP through which the group said thank you to their fan base. A year later, in 2013, “Merry Christmas Rabbi” was issued. This album has often been cited as the missing piece to the Christmas trilogy.

After the death of O’Neill in April 2017, the group announced they will continue touring in loving memory of O’Neill. The same year, bassist David Z, also died. The group maintained their decision to continue with the Christmas tours and they celebrated their 20th anniversary in 2018 with the tour “The Ghosts of Christmas Eve”. TSO has also built a tradition in helping charity causes. Since they began touring, more than $10$ have been donated to local and national charity associations, mainly to those that provide support to children.

Renowned for the combination of high-quality rock opera with visual effects such as lasers, pyrotechnics, and lights, Trans-Siberian Orchestra live tours have granted the group the ranking as one of “Top 25 Touring Artists of the past decade”, a ranking put together in 2009 by “Billboard”. Seats are available at most venues below. Be sure to see our listings from the top ticket sites.