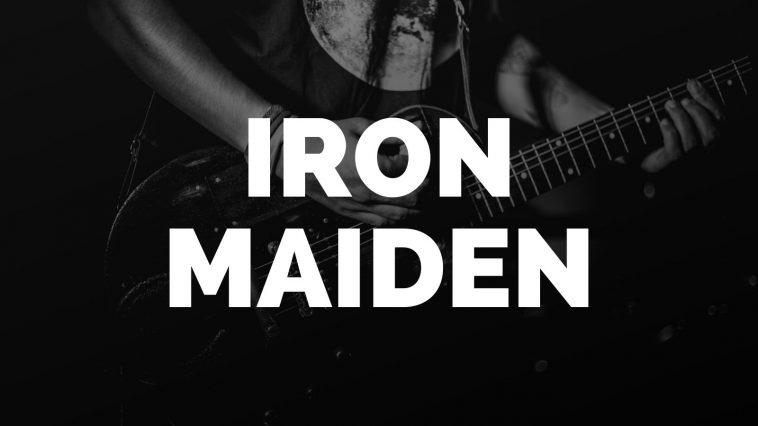 There are few heavy metal acts that have been more consistently relevant than Iron Maiden. They’ve influenced countless musicians and artists in the years since their first releases. Albums such as The Number of the Beast and Piece of Mind remain some of the finest examples of heavy metal ever released. Each new album causes a stir amongst their legions of fans, who are drawn to music that is loud, fun, and always energetic. This is the best time to buy Iron Maiden concert tickets. In the listings below you will find some of the best seats still available.

Iron Maiden with Within Temptation United Center - Chicago, IL
From $64

Iron Maiden with Within Temptation Nationwide Arena - Columbus, OH
From $90

Formed in East London in 1976, the group went through various incarnations before signing to the major label EMI. Their early albums achieved moderate success and saw them support popular acts such as Judas Priest and Kiss. However, it was the arrival of singer Bruce Dickinson that the band catapulted to true headliner status. The band had a string of chart-topping successes throughout the ‘80s and continues to release new material to much acclaim.

Iron Maiden have toured vigorously throughout their career. In the mid-‘80s, they even co-headlined the Rock in Rio festival with a top-of-their-game Queen. Many festival appearances followed, including successful shows at England’s Reading Festival and at Ozzy Osbourne’s Ozzfest. Iron Maiden tours continue to see the band travel all over the world, including to such prestigious venues as the Barclays Center in Brooklyn and the Bridgestone Arena in Nashville.

Iron Maiden is more than just a band. Their fans are a community. They follow Iron Maiden tours and live performances carefully and flock to their concerts in drove. If you are looking for last-minute or cheap Iron Maiden tickets, then the best place to begin looking is above. You can track tickets that might be otherwise difficult to find.

Any Iron Maiden show is sure to be filled with explosive performances and amps turned up to eleven. At times, it can seem like more of an opera than a typical rock show. Along with the usual pyrotechnics, at any given point their show might consist of a Spitfire airplane “flying” over the stage or the band playing inside a reproduction of hell. Charismatic singer Bruce Dickinson may even engage in an onstage sword fight.

Iron Maiden live albums have proven to be just as successful as much of the band’s other material. Even without the crazy pyrotechnics and onstage antics, their music still remains the main draw. It’s no wonder that fans keep coming back, again and again, to see what new theatrics the band has cooked up.

Iron Maiden isn’t afraid to shy away from experimentation. They’ve been known to release songs that run well over ten minutes in length. Iron Maiden songs such as “Rime of the Ancient Mariner” and “Sign of the Cross” are epic both in length and in their content. Concept albums also feature heavily in Iron Maiden’s career. The album Seventh Son of a Seventh Son is one such example, inspired by the book of the same name by author Orson Scott Card. The album saw them incorporate elements of progressive rock and expand their sound even further.

Concertgoers can always expect an appearance from the Iron Maiden mascot, Eddie. The zombie-like figure has been a mainstay on album art and tour merchandise ever since. He even features on the official Iron Maiden beer as well as on the band’s own airplane, fittingly dubbed “Ed Force One.”

Iron Maiden live performances are true spectacles. Generations of fans have been lucky enough to see the shows and the band evolve throughout the years. If you want to count yourself as one of the lucky fans to see the band’s truly theatrical performances. This is the best time to buy Iron Maiden tickets and we know the best seats are still out there. Look for VIP access as well when making your purchase.