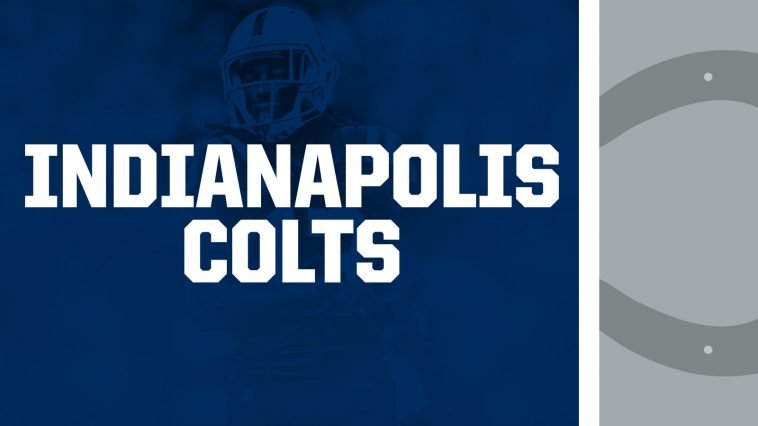 The Indianapolis Colts are filled with a lot of history. Our goal today is to help you fulfill some new memories. We want to help you find Indianapolis football tickets for an affordable price. We feel like there are deals out there if you know where to look.

Listed below are tickets to the upcoming Indianapolis Colts games. The listings include tickets from the preseason all the way up to the Super Bowl if they are so fortunate to make it that far. Amongst these listings are both home and away games so be aware of this. You will also find listings for parking passes. This should definitely be one thing to consider if you plan to drive.

There were no events found for Indianapolis Colts.

We’ve been asked for many years when the best time to buy Indianapolis Colts tickets is. There are many different ways of saving money. The one thing that you should always keep in mind is being comfortable with your purchase. A lot of times you will find tickets both above and below your purchase price.

If the Colts are coming off a loss or even better, two losses, purchasing seats will get cheaper. Against a weaker opponent will help price as well. Be careful when purchasing tickets against teams like the New England Patriots or the Pittsburgh Steelers. These two teams bring a large fan base which will also jack up the prices.

Where should you sit at Lucas Oil Stadium?

There are many great seats at Lucas Oil Stadium. Our goal is to help you find some great sections worth sitting in. Always remember to put the experience and memory first when selecting the section.

Lower Level – The lower level is always considered the place to be as a true football fan. If you really want to take in the game and get some great visuals, try to sit in the lower level. Look for the Indianapolis Colts sideline in sections 139, 140, and 141. If you are a fan of the opposing team look for sections 112, 113, and 114.

Club Seats – We like to consider the club-level seats one of our favorites. There are over 7000 club-level seats in Lucas Oil Stadium.  You have plenty of amenities that come along with these seats. Although prices can be quite expensive at the club level look for padded seats, additional legroom, access to special lounges around the stadium, and smaller lines to bathrooms and concessions.

Terrace Level – Although these are the most affordable seats in the stadium, we highly recommend you do not purchase your tickets here. Purchasing your tickets in section 600 should give you a clue of how far you are going to be away from the field.

Suites – Any of the suite-level seats around an NFL stadium are considered the best. With all the different perks you get for sitting in a suite, if you can afford it, we suggest you go for it. Your access to furnished and climate-controlled suites as well as various food and beverage options. You also have access to special lounges and private bathrooms. There is always an upgrade and an NFL stadium so keep that in mind when purchasing a sweet level ticket.

Parking Around the Stadium

Parking does come at a premium when attending an Indianapolis Colts football game. It is kind of unfortunate but due to its location, it’s part of the process. Keep this in mind when going to a game. You can expect to pay around $40-$50 for parking your car. You can use one of the many ticketing apps that offer parking.

Some people aren’t really in the mood for stadium-style food. Obviously, if you are in one of the club or suite level sections this may be different. However, if you would like a meal outside of the stadium you do have plenty of options.

Tavern On South – This is a great spot for those that are looking for some comfort food and great cocktails. You have access to some nice potato soup, steak tacos, and a wide selection of beer. The prices are fair and it is really close to the stadium.

Yard House – The yard house provides a sports bar atmosphere in close proximity to Lucas Oil Stadium. This is a simple location to get some nice seared tuna and pizza. Expect great service and a wide selection of beer and food. Prices are a little bit more than what you would expect but they are worth it.

If you are coming from far away or just don’t want to make the drive home you do have plenty of hotel options. We suggest you keep an eye out for deals that come up throughout the year. We list a couple of hotels to consider.

Holiday Inn Express & Suites Indianapolis Dtn-Conv Ctr Area, an IHG Hotel – With such a long name this hotel better be worth it. It is super close to the stadium and will provide you with a bed. It’s not a five-star hotel by any means but the price is only around $100 a night.

The Alexander – This is one of the nicer hotels in the area. It’s considered a four-star hotel and carries a premium price. You can expect upscale hotel rooms and plenty of amenities to go along with a $225 average price.

Season Tickets – If you’ve ever thought about purchasing season tickets this is a great time to do it. This will allow you to go to more than one game a year as well as potentially make money on the sales of the other games. Football is an easier sport to manage one selling tickets. The ultimate goal is to go to a couple of games a year and recoup some of that money from the tickets you sell.

Last-minute tickets – If for some reason you decide to go to a game the day of there are options for you. You can walk up to the stadium and purchase your tickets with apps like SeatGeek and StubHub. These apps allow you to find tickets from sellers that were either unable to go to the game that day or weren’t able to sell their seats. Try this if you’re willing to risk going all the way to the stadium and getting shut out.

The Indianapolis Colts have been around since 1953. They have been in both the AFC East and AFC South divisions.

They have a total of three Conference Championships since the merger and have won two Super Bowls. They’ve also won their division several times and have had dozens of playoff appearances.

Although the divisional rivalry games are decent, it’s games against the New England Patriots, New York Giants, and New York Jets that really bring the crowd. These games will have tickets that are more expensive than games against the Houston Texans, Jacksonville Jaguars, and Tennessee Titans.

To become a winning franchise you need some amazing football players. The Indianapolis Colts have been loaded with talent over the decades. Some of these players include Peyton Manning, Marshall Faulk, Eric Dickerson, Marvin Harrison, Edgerrin James, Jeff Saturday, Dwight Freeney, Robert Mathis, and Reggie Wayne.

It’s now up to you to make your purchase for an Indianapolis Colts game. We’ve given you enough information to help find seats at a cheaper price and some tips on the surrounding areas. Be sure to keep the experience ahead of everything else when making your purchase. We suggest you sit in a great section and monitor prices as you get closer to the game you want to see. If you have any questions please ask. Good luck!