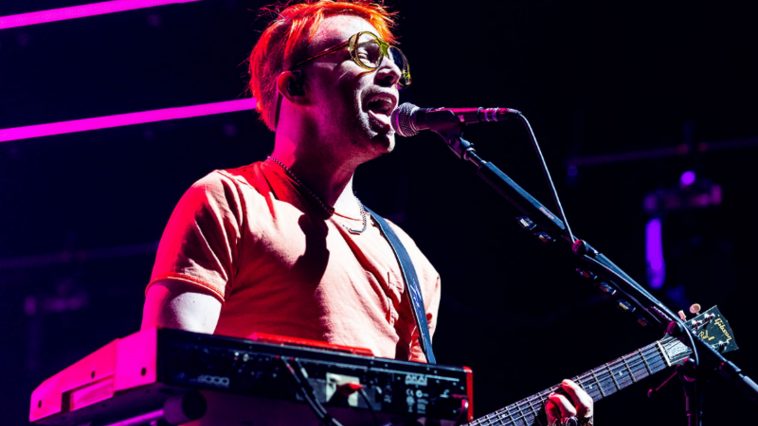 Imagine Dragons are one of the hottest rock bands right now. They burst onto the scene just a few years ago, but have already taken the world by storm, becoming one of the most sought after live shows. As you can probably guess, tickets to Imagine Dragons concerts are hot items. Their shows sell out all the time, and finding tickets can be hard. If you’re looking for a night out to see the band in your city, you might have difficulty finding good seats, but don’t worry. There are plenty of tickets available if you know where to look. We can help you out with that.

Formed in 2008, the band is based out of Las Vegas, Nevada. The original members of the band met in Utah, where they were students together. Since then, Imagine Dragons have gone on to sell more than 12 million albums, win a Grammy Award, and have many chart-topping songs. Hits like “Radioactive,” “Thunder,” “Believer,” and “Bleeding Out” have all been extremely successful from a commercial point of view. Sure, the band has its critics, but all musicians do. They’ve won enough major awards to silence most of their critics and to increase their reach when it comes to their fans.

Imagine Dragons has a wide range of influential artists. Lead singer Dan Reynolds has listed bands like Nirvana, Muse, and U2 as inspiration for his sound, along with Paul Simon and The Beatles. The band has a wide range of sounds and often infuses electronica into some of their songs. It’s hard to pinpoint exactly what type of music Imagine Dragons plays, although rock seems to be a fitting term. But there are elements of techno, funk, blues, and more in their music, too. Maybe this wide range of talents and influences is one of the reasons why the band has become so popular.

Although the band has a very unique sound, Imagine Dragons have played with a lot of other groups, such as Wiz Khalifa, the X Ambassadors, and Lil Wayne. Their music has also appeared on a few movie soundtracks and even a handful of video games. They’ve also played on a few big TV shows, such as the Ellen Degeneres Show, The Tonight Show with Jimmy Fallon, and Saturday Night Live. This immersion into pop culture has helped them to grow their popularity and discover new fans. Thanks to that, the band has only grown bigger and better.

The quality of their music has always been important to the band, and they’ve often commented that they are their toughest critics. Although that’s not uncommon for musicians, it has helped them to be able to take a step back and regroup as a band. For example, the band released their first major album in 2012, after several years of touring and underground popularity and ever since then, the band has soared into popularity. However, the group did need to take a break from recording and touring in 2014 because they had fallen into a rut when it came to performing. Today, they appear to be back and stronger than ever before. With a new single just released, a new tour, and rumors of a brand new album in the works, Imagine Dragons is more popular today than ever before. If you haven’t seen this band play live before, now is your chance. Grab your tickets now to see one of the hottest groups in all of rock perform.

If you’re having trouble finding tickets, don’t worry. The box office might be sold out, but that doesn’t mean that there are no tickets available. Check out sites like SeatGeek or StubHub for your best bet of finding great seats at a low cost. These tickets often can go up in price for more popular shows, and Imagine Dragons definitely fit this description. The sooner you move, the sooner you can guarantee that you won’t miss out on an awesome show.

Imagine Dragons continue to create new fans every time a new song hits the radio, and thanks to this, tickets to Imagine Dragons are one of the most popular things out on the market right now. Check them out today before you miss your chance.