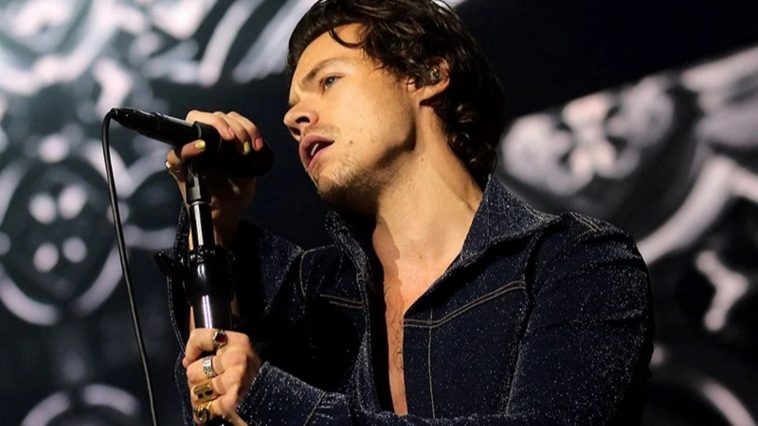 Harry Styles, a former member of the “One Direction” boys’ band is back on tour. The tour started in  Europe and will be ongoing until July 2023. With some breaks along the way, this is a huge tour for one of the top artists today. Look for long stops with extended shows at Madison Square Garden, The Moody Center, United Center, and the Kia Forum. There are plenty of shows to choose from so be on the lookout below. If you don’t see the show you wish to see, use the “load more tickets button”.

Harry Styles live tour will feature several guest artists: There will most likely be other, but some of the names to appear before or with Harry include Wolf Alice, Madi Diaz, Blood Orange, Gabriels, Jessie Ware, Ben Harper, Koffee, and Wet Leg.

Styles continues to promote his tour with his eponymous album, which was released on the 12th of May 2017. “Harry Styles” album is the result of collaboration with producers like Alex Salibian and Kid Harpoon. The album is considered a collection of rock, soft rock, and pop tracks and it has received positive reviews from critics. The album has been also a commercial success: it reached top positions in charts in the US, UK, and Canada and it received gold certifications in several countries (including US and UK) and platinum certifications in Australia and Mexico.

From a lyrics’ point of view, the album is centered on two themes: relationships and women. Harry Styles declared in an interview with the “Rolling Stone” magazine: “the one subject that hits the hardest is love, whether it’s platonic, romantic, loving it, gaining it, losing it… it always hits you hardest”.
The debut single of the album – “Sign of the Times” – had a smashing success in both radio and music charts and is, at the same time, the track Harry Styles is most proud of writing.

The track “From the Dining Table” tells the story of heartbreak and disillusionment caused by a former lover, evoking a vulnerable side of the singer.
“Sweet Creature” offers fans a glimpse of Styles’ ability to hit really powerful notes, while praising the strength of bonds that last despite hard times.

Harry Styles has become in just a few years one of the most beloved singers for the young generation of listeners.

Harry Edward Styles was born on February 1, 1994, in Bromsgrove, England. He has an elder sister called Gemma. Styles’ parents divorced when he was seven and his mother remarried.

He attended “Holmes Chapel Comprehensive School”. Here he became the lead singer of the band “White Eskimo”, founded by him and the other 3. The boys’ band even won a music contest between schools. During that period, Styles listened often to the music of Freddie Mercury and Elvis Presley, both of them had a deep impact on young Harry.

In 2010, Harry Styles, then 16, entered the “X Factor” competition, singing “Isn’t she lovely” by Stevie Wonder and later, “Stop Crying Your Heart Out” from Oasis. Although eliminated before the finals, two of the competition’s judges have teamed up Harry with 4 of his competitors. And that is how the “One Direction” band was created. The band finished the “X Factor” competition in third place, but the boys signed a £2 reported contract with Simon Cowell’s record company – Syco Music.

One Direction released their studio album, “Up All Night” on the 18th of November, 2011, and disbanded in February 2016. They have allegedly agreed to a hiatus that would allow them to focus on solo careers. And that’s exactly what Styles did. The youngest member of the band, and a fans’ favorite, Styles has set to his individual career.

On the 29th of September 2016, the news about Styles signing a solo contract fired up the expectations of fans all around the globe. But the record deal did not stipulate that Styles would have to release solo music right away. Styles first solo performance was actually not in music, but in movies: Christopher Nolan’s director cast Styles in the 2017 war movie “Dunkirk”. However, the fans didn’t have to wait too long for a solo album – it was released, as mentioned earlier, on the 12th of May 2017.

As for his personal life, Styles had a short romance with singer Taylor Swift. The couple has been seen together for the last time on 2012’s New Year’s Eve. As of July 2017, Style is reported to date Camille Rowe, a “Victoria’s Secret” model.

Harry Styles had 2017 an estimated £56 million of net worth (that’s around $79.9 million!). Some of this worth came from selling (just like the rest of his bandmates) 10 shares in the company “One Direction” founded – “1D Media”.

Styles’ live concert tour of 2018 will begin at the best possible moment, as the British singer has just won “’ Video of the Year” distinction at Brit Awards ceremony for the “Sign of the Times” video. Styles thanked his fans around the world on Twitter, as he could not be present at the gala.