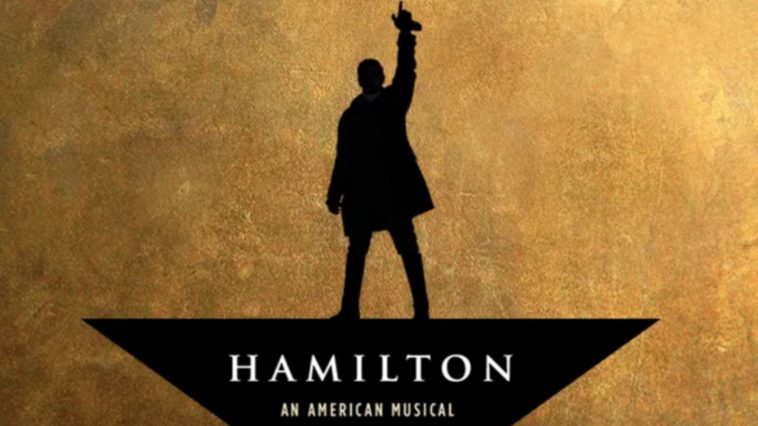 Hamilton the Musical is one of the newest, funniest shows playing on Broadway. Tickets to Hamilton are going fast, but many sites still have them available. If you’re an American history buff and enjoy musicals, this is a must-see show. It’s great for an evening of entertainment and is appropriate for the whole family. Before the production goes on tour in other parts of the U.S., you can catch the cast on Broadway.

Playing at the Richard Rodgers Theatre in New York, NY, Hamilton is a funny look at the founding fathers of the United States. Following Alexander Hamilton’s life, the show is loosely based on the 2004 biography of Hamilton by Ron Chernow, with the stage version being written by Lin-Manuel Miranda. So far, it has been a huge success, gathering a record-breaking 16 Tony nominations. The cast recording of the show’s soundtrack has even won a Grammy Award for Best Musical Theater Album. It is currently one of the most decorated shows of all-time when you look at all of the awards that it has won. And the acclaim keeps pouring in.

Rarely does a Broadway actor-turned-director become a household name, but Miranda has accomplished just that. His success with Hamilton has helped him to go on and find commercial success. Much of the music from the hit Disney cartoon Mauna was written by Miranda. Before Hamilton hit it big, Miranda was invited to perform at the White House thanks to the success that he had seen during a previous show—In The Heights. But instead of performing music from that show, he did one of the new songs that he had written, which would later be included in Hamilton. It received such a big response from the audience that he continued writing music and lyrics for the show. It debuted off-Broadway in 2015 and is now one of the biggest shows on Broadway. And thanks to the historical aspect of it, many teachers are even using the show as an educational tool. It is fun, funny, and historically accurate to a very large degree.

You don’t have to go to New York City to see Hamilton now. It was recently announced that Hamilton would be playing in select cities around the United States, including Chicago, San Francisco, Los Angeles, Denver, Boston, and St. Louis, to name a few. In 2018, Hamilton will be branching out and hitting up smaller markets. The huge success that this show has seen is expanding its potential audience and has encouraged producers to move beyond Broadway and bring this one of a kind show to as many people as possible. This second tour will be extending Hamilton into at least 2019. Smaller cities, like Cleveland, Des Moines, and Rochester, NY, are scheduled to be included in this second tour. No matter where you live, you will be able to see this now legendary show without having to travel too far. Odds are that if the demand for Hamilton stays what it is, then touring will keep going indefinitely. Fans of the show are the big winners here.

While a true theater aficionado might tell you that the only true way to experience a show is to see it on Broadway, that’s not necessarily true—and it’s certainly not realistic for most people. While Broadway certainly exudes a certain atmosphere, Hamilton is one of those shows that is great regardless of where you see it. The world-class cast might have changed over the years, but Hamilton is one of the best shows of all-time for a reason. When the show comes to a city near you, it is definitely worth changing your schedule around so that you can see it. Planning ahead to ensure that you can get enough tickets to bring your whole family with you will be the best way to go.

The show culminates with the death of Hamilton after the infamous duel with Aaron Burr. Hopefully, this isn’t too big an of spoiler alert; it is all history, after all! George Washington’s character closes out the show. It’s a great way to celebrate U.S. history, and it is also very entertaining. As one of the best and most popular shows on Broadway right now, tickets to Hamilton the Musical are very popular, but they are well worth the effort that you put forth getting them. Whether you’re new to Broadway, or a long-time theater-going veteran, this is one show that will be remembered by everyone. The combination of history and rap music has never been better or more audience-friendly.

History purists have commented that this show creates comedy out of a historical event and that it is inaccurate as a result. However, this show is quite accurate in many respects. It focuses on entertainment, but the directorial team has taken great strides to keep it real, too.

Looking for tickets to Hamilton? Check out SeatGeek. This is one of the most trustworthy third party ticket sites on the web. They have a huge stock of available tickets, for Hamilton and beyond. Tickets will sell out when they go up for sale (if they’re not already for sale where you are planning on seeing the show). If you can’t find them directly from the venue, check out SeatGeek and more. If you really want to get the best deal, be sure to check out multiple sites, and be sure to check them over the course of several days. Prices fluctuate, and you are giving yourself a better chance of finding great seats at a great price if you stay diligent about looking. It’s worth it if you want to save a few bucks or get the best seats possible.

Hamilton is one of the most well-loved shows of all-time—and it’s still relatively new in the world of the theater. Grab your tickets as soon as you can to ensure that you have a seat to see this awesome historical musical. It will be one of the most entertaining evenings of your life.