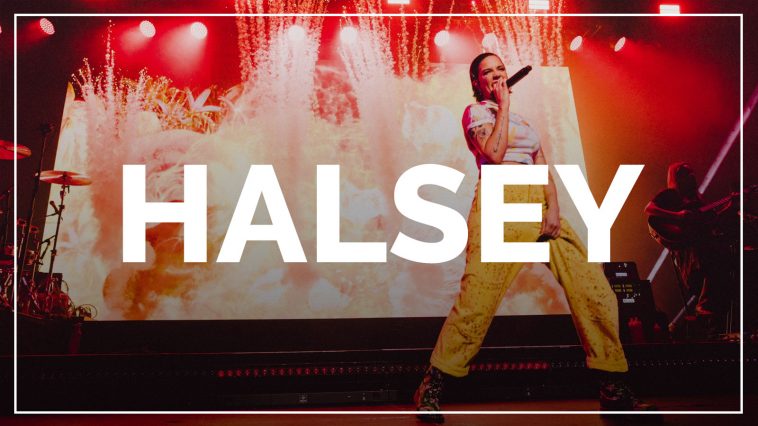 Superstar Halsey will hit the road this summer with a tour in North America to promote her most recent album “Manic”, released on the 17th of January. “Manic World Tour” kicks off the 02nd of June with a show in Seattle, WA, features stops in locations like Los Angeles, Dallas, Phoenix, Atlanta, Detroit, Chicago, and others before wrapping up in Irvine, CA on the 1st of August. You can find updated dates and venues right now.

Halsey with beabadoobee and PinkPantheress FirstBank Amphitheater - Franklin, TN
From $46

You can also see this SeatGeek Review if you want more ticket provider information.

The musician will be supported for the first part of her tour by CHVRCHES and Omar Apollo, while Blackbear and PVRIS will lend a hand for the second part of the live concerts.

“Manic” is Halsey’s first album since the 2017 “Hopeless Fountain Kingdom”. The 16 tracks material presents the core of the musician: her struggle to find love in this modern world, to establish herself as the voice of an entire generation, and to make something of her “young mess” portrait.

Halsey is far from finding peace of mind in this album and that is what she offers fans: her raw self’s quest, without any masks and any “make-up”. She explores several musical styles and arrangements from folk guitar to theatrical performance, all in an introspective journey that displays also her “dark side”. “Killing Boys” and “I Hate Everybody” are two samples of this side, as in these tracks she imagines she gets even with those who have hurt her emotionally.

Each of the three guests of the album brings something unexpected. Dominic Fike inflicts a “Beach Boys” flavor with the pop song “Forever”. The rapper Suga of “BTS” lists in the track “SUGA’s Interlude” the pressure experienced whilst chasing a dream and also the sadness once you realize you are not so attached to that dream anymore. In “Alanis’Interlude”, Alanis Morissette provides a theatrical note to the album through the contrast between her rich voice and Halsey’s detached one.

“929” (named after Halsey’s birthday – 29th of September) showcases the things that keep the musician awake in the middle of the night: the anxiety and the loneliness, her tendency to fall in love with the wrong people, the responsibility towards her fans. “You Should Be So Sad” is a raw assessment of a failed relationship, whilst “Finally/Beautiful Stranger” seems to be the only plain optimistic song of the album. A candid, country-rock-influenced track, “Finally/Beautiful Stranger” analyzes the shivers of the first love and all the emotions they bring.

All in all, Halsey’s third album wants to be a raw, authentic portrait of a musician who is determined to continue her trip on the road to fans’ hearts, encouraging them to analyze their inner selves, to question everything, and most important of all, to be themselves.

Born Ashley Nicolette Frangipane on the 29th of September 1994 in Clark, New Jersey, Halsey is a musician that rose to great fame in a short period of time. After starting to study cello, viola, and violin at an early age, Ashley learned to play the guitar when she was 14. Her inspiration came from both parents who had different tastes in music: whilst her father used to listen to names like Notorious B.I.G., her mother was a fan of “Nirvana”, “The Cure” and Alanis Morisette. Amy Winehouse and Brand New are among the artists stated by Halsey also as inspiration.

During her late teenage, Ashley began to perform in various cities across the country, as the music was a way to pay the bills. After using several “stage names”, she chose Halsey – an anagram of Ashley – and stayed with it.

Halsey started her global career by posting cover songs on “YouTube”. In 2012, she posted a song called “The Haylor Song”. A parody of the relationship between Taylor Swift and Harry Styles, the song drew attention from the public all around the world. 2 years later, in 2014, Halsey posted “Ghost” on “SoundCloud”, gaining instant popularity. That popularity brought her proposals from record companies and thus Halsey signed a record deal with one of the “bidders”, a company focused on dance and electronic music.

“Room 93”, the first extended-release was delivered in October 2014, with videos for four of the material’s five songs. A year later, in 2015, Halsey released her debut album called “Badlands”.

The album was promoted through interviews that Halsey offered during shows such as” The Late Show with Stephen Colbert”.

Praised by musical critics, an instant hit, the album received platinum certification one year after the release and after reaching #2 on “Billboard 200” chart. Labeled as an alternative pop/electropop and synthpop album, it reached high positions also in charts outside the U.S: Number 2 in Australian charts, Number 3 in New Zealand, and Number 10 in Belgium, with 97,000 copies sold in the first week after release.

In 2016, Halsey was presented with the “Rising Star Award” by Billboard Women in Music, a distinction that acknowledges her important contribution to music.

In 2017, Halsey delivered her second album called “The hopeless Fountain Kingdom”. The album topped “Billboard 200”. Singles like “Bad at Love” and “Now or Never” became instant hits and were certified with platinum several times. The musician’s trip to fame received a new boost after she performed at the annual film and music festival “South by Southwest”: in 2017, her Twitter followers number increased to 3.9 million, whilst the Instagram account counted at the beginning of the same year 3.8 million followers.

She is the first and only female musician to have 3 songs on the “Billboard Hot 100” singles chart for 50 weeks each. She also has the longest-running single in “Billboard Hot 100”’s Top 10 – “Without Me” (no other female artist has achieved the performance this century). The single was in 2019 the most broadcasted song by radio stations in the U.S.

Ashley Nicolette Frangipane promotes through various platforms issues such as mental health, problems young people are confronted with, LGBTQ community rights, and as a feminist, she addresses in her speeches topics like sexism and women’s rights. In 2019, Halsey was presented with the “Hal David Starlight Award” by “Songwriters Hall of Fame”.

Halsey is also an incredible live performer, providing to her fan base energetic and explosive shows. She likes to connect with the audience and she invites fans to sing along with their favorite songs, creating an engaging and unforgettable experience for any of her concerts’ attendees.

When Should You Buy Halsey Tickets?

You could wait up to the last minute to get tickets but if you want to pay a fair price, you’re better off looking around 7-10 days in advance from your show date.

Where Should You Buy Your Halsey Tickets?

All over this site, we talk about the many different third-party ticket providers. We like several including SeatGeek, SeatRetriever and StubHub.

Where Should You Sit at a Halsey Concert?

If you can afford the steep price, you will want to sit as close to the stage as possible. She will provide extra entertainment for those close to her and you won’t be disappointed.

Can You Get Cheap Halsey Tickets?

Currently, prices are averaging around $75 for upper deck seats but you should be ready to pay well over $100 for really good Halsey seats.