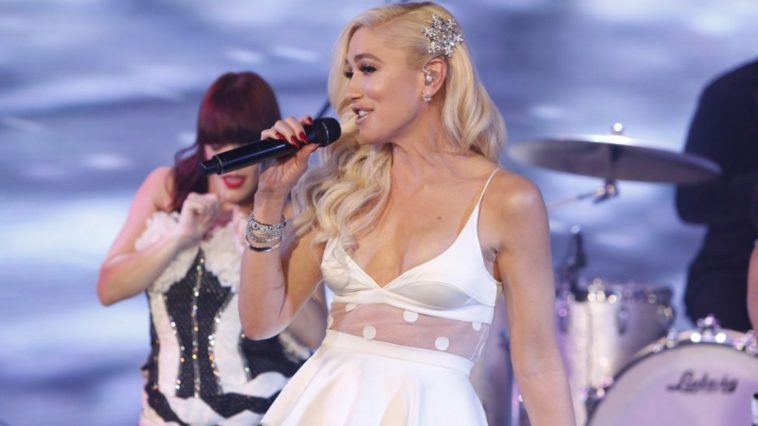 Growing up in southern California, Gwen Stefani was exposed to different music types by her parents and her older brother Eric. Her father was a Yamaha marketing executive who, along with her mother, liked listening to artists such as Bob Dylan and Emmylou Harris. Eric was interested in ska music and asked Gwen to be in his band. That band was No Doubt and Gwen accepted the role of lead vocalist. This is the best time to buy Gwen Stefani tickets. If she is on the road near you, picking the best seats will be critical for an amazing time.

In 1991, No Doubt signed a record contract with Interscope Records. The band’s first album was a self-titled release that came out in 1992, followed by five additional albums. In total, No Doubt has sold more than 16 million albums worldwide and won two Grammy Awards. Some of No Doubt’s chart-topping songs include “Just a Girl,” “Don’t Speak” and “Hey Baby.”

In 2004, No Doubt took a hiatus. It was at this time that Gwen released her first solo album Love. Angel. Music. Baby. She was influenced by artists like Madonna, Prince, and The Cure, integrating new wave, hip-hop, and disco elements into her songs. The hit “Hollaback Girl” became the first US download to sell one million copies, making it easy to understand how Gwen is able to sell nearly as many concert tickets to her live shows.

She released her second studio album The Sweet Escape in 2006, followed by This Is What the Truth Feels Like in 2016. That was her first solo album to reach number one on the Billboard 200 chart. As a solo artist, Gwen Stefani has won numerous awards, including a Grammy Award, an American Music Award, a Brit Award, and two Billboard Music Awards.

Gwen Stefani has headlined several tours as a solo artist. In 2005, she embarked on the Harajuku Lovers Tour, followed by The Sweet Escape Tour in 2007, and nearly 10 years later, the This Is What the Truth Feels Like Tour in 2016. She started a Las Vegas residency in 2018 that is slated to run through 2019.

How to Buy Tickets to Gwen Stefani Shows

Finding the best seats is critical to your experience. When you find out if she is playing near you or at a Festival, you’ll want to jump on those tickets. They will be priced high most likely so keep that in mind when budgeting.

Gwen Stefani’s music is extremely inventive. Her fashion sense is also unique. Her mother taught her how to sew and this may be why she developed an early interest in fashion. Most of the outfits that she wore on stage with No Doubt she actually made herself. At the peak of No Doubt’s success, Gwen had become both a music and fashion icon. She still holds tight to both titles, not veering far from the sounds and styles that originally drew fans to her.

Her signature platinum hair and bright red lipstick are what she’s most known for but Gwen is also heavily inspired by Japanese and Jamaican culture. In 2003, Stefani launched her clothing brand, L.A.M.B. She later expanded the collection with the Harajuku Lovers line in 2005.

In 2006, Gwen released a limited edition set of Love. Angel. Music. Baby. dolls. A year later, she launched a perfume, L, and then in 2008, she released a fragrance collection that corresponded with her Harajuku Lovers line.

In 2014, Stefani took her experience as a singer and made her debut as one of the coaches on NBC’s The Voice. She acted as a coach for three seasons.

If there is one thing you can expect at a Gwen Stefani concert, it’s energy. She might be in her 50’s but Gwen is just as full of life now as she was back in her No Doubt days. She still rocks glittery, colorful, edgy costumes that correlate perfectly with her catchy, dance-worthy songs. If you haven’t already, check the listings above to see if seats are available for a venue near you.