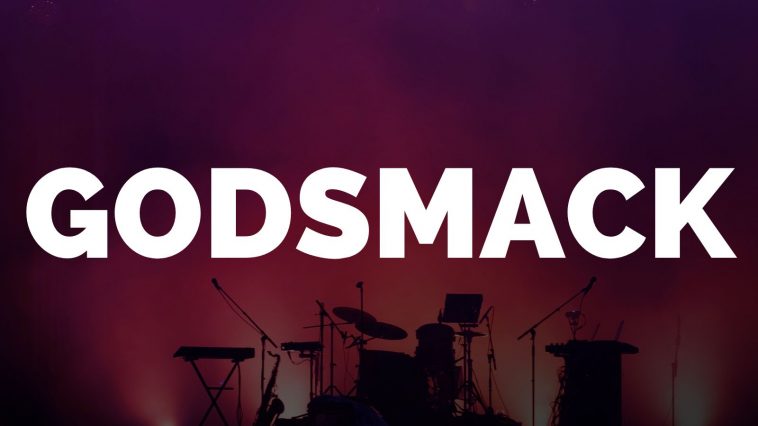 Formed in 1995, Godsmack is a rock band from Lawrence Massachusetts. Frontman and songwriter Sully Erna, guitarist Tony Rombola, bassist Robbie Merrill, and drummer Shannon Larkin make up the metal ensemble. The band has had multiple number one albums and numerous rock hits. Erna, originally a drummer himself, began the band, and they started out playing in small Boston bars. In 1996, they released their first album, All Wound Up (later renamed to be their self-titled album). The track, “Keep Away,” made rounds on the Boston radio station WAAF and became a local fan favorite. This is the best time to buy Godsmack tickets for the venue near you. Unless you are going into the pit trying to get the best seats as well.

There were no events found for Godsmack.

In 1998, Godsmack signed with Universal/Republic Records. They soon after began their first headlining tour, “The Godsmack Tour.” They would play at Ozzfest, Woodstock ’99, and all over Europe supporting Black Sabbath. They have been known to advance metal beyond its familiar ‘90s roots among bands like Metallica and Evanescence. The band has been noted for its unique success while remaining outside the broader scope of popular rock music throughout the 2000s. To the delight of music lovers, they perform regularly, headlining large tours and festivals.

It’s amazing to think Godsmack’s early live performances were primarily in small bars and local venues. Nowadays, they rarely play anything short of a massive audience in a large venue or festival. They regularly play at Ozzfest and support other famous bands overseas, such as Limp Bizkit. In late 2004, they played several acoustic shows to promote their album, The Other Side, alongside opening for Metallica. In 2007, after releasing a greatest hits album, Godsmack released a DVD of their acoustic performance in Las Vegas at the House of Blues. They continue to tour all over the world, providing plenty of opportunities to see them live in concert.

Even though Godsmack is well loved among metal fans and headlines what are arguably mega-sized tours, affordable tickets are readily available. Whether you’re seeing them perform in Europe, Australia, or the United States, you can find the best-priced Godsmack tickets here.

Godsmack, despite their occasional break from recording and performing, headlines live shows often. They are eager to get music fans into their audiences. Don’t miss out on seeing the post-grunge, alternative-metal band in concert. Get your tickets now.

Very few bands have succeeded in merging the history and tradition of the metal genre with the wave of nu-metal to come out of the 2000s. Godsmack has done so and has been compared to bands by the likes of Alice in Chains, Pantera, and Rush. They have maintained their prominence as a beloved metal band appreciated by a broad range of music fans. Their singles and studio albums have regularly topped the pop charts. Their first album hit at twenty-two on the Billboard 200 and went 4x Platinum. Their 2003 album Faceless debuted at number one on the Billboard 200, beating out Meteora by the famed Linkin Park. Their single “Straight Out of Line” even received a Grammy Award nomination. In 2002, frontman Erna wrote and performed the song “I Stand Alone” for the movie The Scorpion King. The song was also featured in the video game Prince of Persia: Warrior Within. The single was the most active played rock song for fourteen weeks straight.

Godsmack continues to be a standout performance late into their musical tenure. They regularly associate themselves with a diverse range of rock bands from Disturbed to Motley Crue. There’s a good reason they’ve maintained a steady live performance pace over the years. They consistently headline world tours and festivals so there’s no shortage of opportunities to witness the group play their many hits.

With so many popular albums and singles, setlists are never stale. Tickets are usually affordable so music fans never have to miss out. This is the best time to buy Godsmack tickets. Don’t miss out on some of the best seats before you head out to a concert.