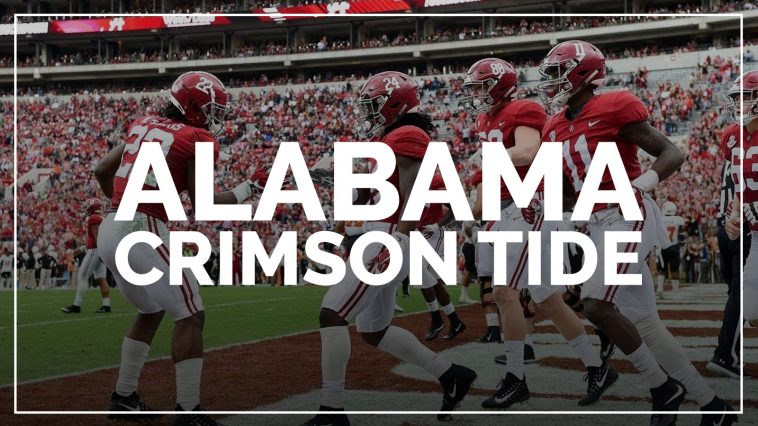 The Alabama Crimson Tide played its first season in 1892. As the popularity of college football has grown, Alabama has been at the forefront of this. Today, they are one of the most popular and most successful college football teams of all-time.

The Crimson Tide is located in Tuscaloosa, Alabama, and are associated with the University of Alabama. This is one of the biggest schools in the United States with over 38,000 students. As such, they have one of the biggest fan bases built-in. And because the school is so great on the football field, they have won themselves fans all over the country.

If you’re thinking about going to catch a Crimson Tide game for the first time, you probably have some questions about the best way to do so. Even if you’ve been to games before, you might wonder how you can get the most out of your experience or maybe even save a few dollars.

If so, you’ve come to the right place. Keep reading to learn more!

Despite this vast history of success, the team has only boasted two Heisman Trophy winners: Mark Ingram in 2009 and Derrick Henry in 2015.

Still, many Alabama players have gone on to have great careers in the NFL. This has made them all the more popular at the collegiate level. They have some of the most die-hard fans, and they are spread out all over the country. It is rare to go to an Alabama game where there is not a large cheering section for them.

The team is currently a member of the Southeastern Conference (SEC), and they have one of the toughest schedules every year as a result of this. They also have one of the most records in all of college football, even with this tough schedule. Their all-time winning rate rests up above 72 percent.

Alabama’s biggest rivalry is undoubtedly against the Auburn University Tigers. Both are located in Alabama, and both are extremely successful teams. Their first meeting was in 1893, and now the teams meet regularly thanks to the fact that they are both SEC members. The game is referred to as the Iron Bowl, and it is one of the biggest events in all of college football, outside of championship games.

The Crimson Tide also have big rivalries against LSU and Tennessee. The Tennessee rivalry has been going strong since 1901, while the LSU rivalry is a bit older, beginning in 1895.

The Crimson Tide play at Bryant-Denny Stadium, the seventh-largest stadium in the United States. It opened up in 1929 and can hold over 101,000 people. That’s a huge stadium, but it’s definitely a much-needed size. Alabama’s fans are ferocious when it comes to their team, and the stadium can sell out with ease, especially for a big game.

The stadium has been renovated and expanded several times over the years. The most recent renovation was completed in 2010, which helped get the stadium to a maximum capacity of up over 100,000 people.

Tailgating at Bryant-Denny Stadium is almost an official tradition. It’s grown in popularity over the years and it’s almost as big of a part of Alabama football as the actual games are. The Quad is considered to be the best tailgating section at Alabama, but seats for this area tend to sell out before the season even begins. Checking online for extra tickets can help, but thanks to the popularity of Bama football, they are still pretty tough to find. If all else fails, there’s always parking spaces that can simply be used. Tailgating out of the back of your car or truck is always a good time.

The Alabama campus even has its own reserved tailgating section at Presidential Park, which is only about a quarter-mile from the stadium, just a five-minute walk. If you’re an Alabama student, this is one of the biggest pre-game parties you will ever find.

Alabama has one of the most popular football teams in all of college football. Just because they have a huge stadium does not mean that there are a lot of extra tickets. In fact, Crimson Tide tickets can be pretty tough to find at times, especially when they are going up against one of the rivals mentioned above. Students and alumni have first dibs when it comes to tickets.

If you’re not a student or an alumnus, Alabama tickets can be tough to find. We suggest checking out the major third-party ticket sites to get the seats that you want. SeatGeek, StubHub, and a few others all have great reputations and more than enough users to direct you to the tickets you desire. Oftentimes, there are enough tickets available on these sites that you can value shop and pick the perfect ones for your group. Checking these sites often—and using their mobile apps while you’re out—can help you to time your ticket purchase to save the most amount of money.

Don’t forget about parking! Crimson Tide games are big events, and parking isn’t free. You can find parking passes online through the same sites that sell game tickets. Buying a pass ahead of time guarantees you a parking place and ensures that you won’t spend too much.

Also, don’t forget about the Crimson Tide Marching Band. They are one of the biggest and most exciting bands in all of college sports. Nicknamed the Million Dollar Band, they put on as great of a show as the football team does.

Finally, don’t forget about other things, like food and lodging. The sooner you plan these things, the less likely your trip is to have any hiccups. There are a lot of great places to eat and stay in Tuscaloosa, but spaces fill up quickly around game time.