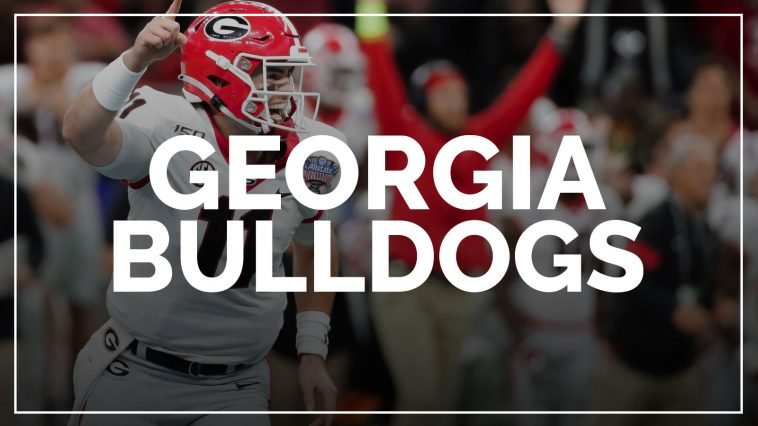 The Georgia Bulldogs are one of the most popular teams in the southern portion of the U.S., including professional teams. The team played its first season in 1892 and has been a mainstay of college football in the years since then. Located in Athens, Georgia, the University of Georgia is one of the larger schools in the United States. With more than 36,000 students, the college has a huge built-in fan base. This makes games extremely popular events.

If you’re a college football fan, then you’re probably interested in finding tickets to a Bulldogs game. If so, you’re in the right place. Here, we will fill you in on what you need to know to get the most out of a Bulldogs game, including some of the best ways to get tickets to a game.

Regardless of where you are in the country, catching a Bulldogs game is a ton of fun. If this is something on your bucket list, read on to learn more.

The Bulldogs are one of the oldest teams in all of the NCAA. They were one of the founding members of the Southern Intercollegiate Athletic Association and are currently affiliated with the Eastern division of the Southeastern Conference (SEC). They have one of the winningest records in all of college football, and rank only behind Alabama in terms of SEC Championships. They’ve been a member of the SEC since 1933.

Many NFL greats have come from Georgia, such as Charley Trippi and Frank Tarkenton, both of whom have been inducted into the Pro Football Hall of Fame. The Bulldogs have won two National Championships but have been ranked #1 at the end of the season a handful of other times. The team has also boasted a couple of Heisman Trophy winners. Year after year, the team is considered to be a powerhouse and is consistently a threat in the Bowl games. This has helped them to become increasingly popular in the Deep South and beyond. You will find Georgia Bulldogs fans regardless of where you are in the country.

The team has a few fierce rivalries, most notably with the Auburn Tigers. This rivalry is often referred to as the Deep South’s Oldest Rivalry. As you might imagine, tickets to this game often go quickly. The rivalry has been going strong since the 1890s, and over 120 matchups between the two teams have occurred. To date, Georgia has a very small lead over the Tigers. The Bulldogs also have a pretty competitive rivalry going on with the Florida Gators. This one isn’t quite as old but has been going strong since 1915.

The Bulldogs play at Sanford Stadium. It was built in 1929 but has undergone many renovations and improvements in almost 100 years that it’s been open. It can hold more than 93,000 fans, making it one of the top 20 biggest stadiums in the world. It was even home to soccer matches during the 1996 Olympics in Atlanta.

Today, it is the home of the Bulldogs. Sanford Stadium is one of the most exciting stadiums in all of college football to catch a game at. Even though the stadium is huge, tickets do sell out with regularity—especially when there’s a big game or the team is playing one of their rivals.

Bulldog fans, like most other college football fans, enjoy their pre-game tailgate parties. If you’re going to a game, this is definitely a ritual that you will want to check out. However, thanks to new rules on the North Campus at UGA, a lot of the old traditions like tents and grills have disappeared. These things are not allowed in most of the parking lots at the UGA campus anymore, unfortunately. Still, Sanford Stadium is close enough to many of the bars and restaurants in Athens that these have become the newest tailgate party hotspots. You can still find tailgate parties outside the stadium, but the intensity of these parties has been toned down.

Getting Tickets to a Game

Tickets to a Georgia Bulldogs game are always a big deal. Whether you’re going with friends or your family, a Bulldogs game is a totally different experience when you are there in person.

The best way to get tickets is to be a student or an alumnus of UGA. People that fit into these categories often get early access to tickets at discounted prices. Most of us don’t fall into either of these positions, though. That means that you either need to buy your tickets directly from the box office or from a third party. If you’re going to buy third party tickets, the best and most reliable way to do so is through one of the major ticket sites, such as SeatGeek, StubHub, or one of the handful of others that have great reputations.

You should focus on the bigger ticket sites with strong reputations for customer satisfaction. This will help you to avoid being scammed and ensure that you don’t pay too much for your tickets. These sites all back the authenticity of their tickets up with guarantees and ensure that you receive them before you need them. Your money is safe with them as long as you follow standard internet safety rules.

Using one or more of these sites allow you to value shop, too. You can search for all of the available tickets at a game and make sure that you are sitting exactly where you want to be, and not pay more than you need to do so. Signing up for price alerts and using the mobile app can also help to make this process a lot easier.

Don’t forget about parking, either. All of these sites also offer parking passes for UGA football games. Buying your parking pass ahead of time will ensure that you get a parking spot for your game and won’t have to pay far too much for a last-minute spot. Little things like this logistical move can help you to enjoy the game a lot more.