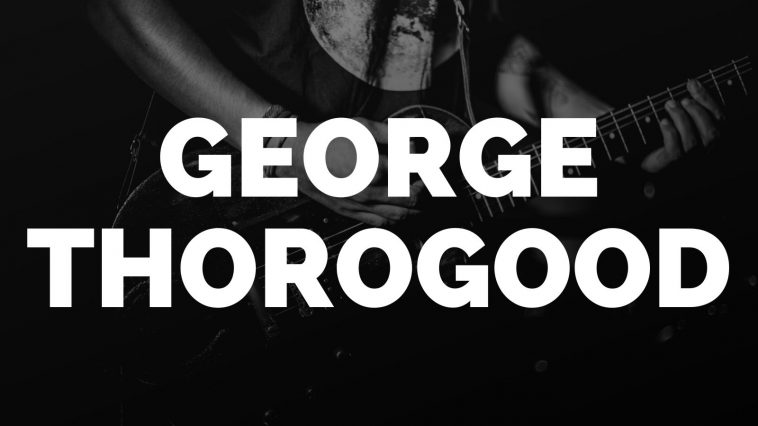 Born in 1950, George Lawrence Thorogood comes from the beautiful city of Wilmington, Delaware. Probably best known for his work as the leader of the band George Thorogood & The Destroyers, Thorogood has been making music since the early 1970s. He wrote a lot of blues-rock songs that were high energy; making him extremely popular on the radio. He has consistently released music since the beginning of his career and his large discography has reached out to different types of fans. This is a great time to buy George Thorogood tickets. See a legend in a concert near you with some of the best seats.

Thorogood first entered the music scene as a solo acoustic guitar performer. He was inspired by John P. Hammond and played a lot of blues music that was similar to someone like Robert Johnson. Thorogood started this in high school and soon met friends who were interested in playing music with him. With more voices, the band started to mix Thorogood’s love for blues music with heavier rock and roll tunes. Thorogood & The Destroyer’s major recording debut was released in 1976. The band experienced early success, especially in America’s blues and folk scene.

In 1981, Thorogood and his band started gaining mainstream exposure after they played as the supporting act for Rolling Stone. This new breakthrough led Thorogood to appear on national television. He was the featured musical guest on Saturday Night Live in 1982. The 1980s were perhaps the height of Thorogood’s popularity but he is a music legend. He has released over 20 albums and two of them have been certified Platinum by the RIAA. He has sold over 15 million copies of his albums worldwide. In 2012, Thorogood was included in the 50 Most Influential Delawareans of the Past 50 Years.

A Music Show For You

Thorogood and his band are extremely famous for their extensive tour schedules. One of his most memorable tours happened in 1981. The group announced a “50/50” tour where they played in 50 different states in only 50 days. At one part of that tour, the group played in Hawaii and had to fly to Alaska the next day. This wild habit of theirs has not stopped and they continue to perform as much as possible. In 2014, they went on tour to celebrate their 40th anniversary of performing.

The Tickets You Need

Looking for tickets? We make sure every single piece of news about music tours is looked at. If there are any new tickets available, they are immediately hosted here and available for you to buy. Many music venues like to release cheaper tickets when concert dates approach to sell more of them. You will need to come back often to check for new tickets in the listings above. The last thing you want is for other people to get their hands on those sweet discounts before you.

Many people think Thorogood had a huge hand in popularizing blues music in the USA once again. He has the ability to make blues energetic which attracts fans who used to think blues was boring. He has been credited for repopularizing older blues songs such as Move it on Over by Hank Williams and Who Do You Love? by Bo Diddley.

One of the most overlooked facts about Thorogood and The Destroyers is how amazing they are as instrumentalists. All of them can make their instruments sing in ways you never believed were possible. The fact that the group has toured throughout their whole lives gives them the confidence and ability to bring the same energy every day. You will never see a show that is full of tired performers so you can have a great time!

The Past Still Pops

This is the perfect time to buy George Thorogood tickets. You are here to do the research and we hope we’ve given you enough information to help you with your purchase. Buy the best seats using the ticket listings above.