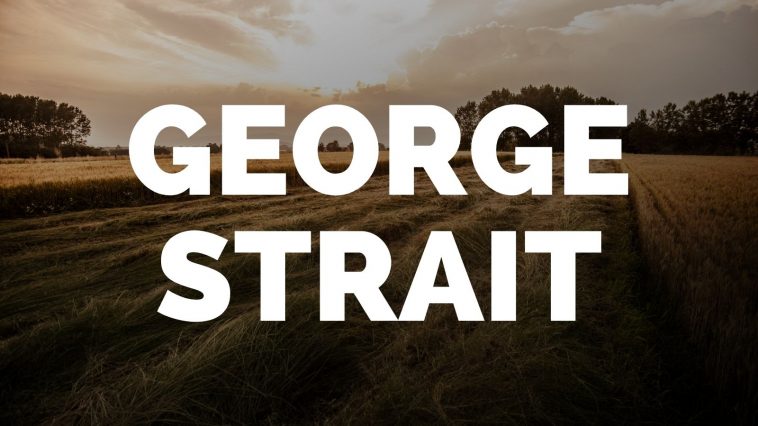 George Strait is a country musician, known by some as the “King of Country”. Strait is credited with being one of the most important country artists in the struggle to bring country music back to its roots. This occurred during the eighties when the country was dominated by the so-called ‘pop-country. Born in Poteet Texas in 1952, George Strait remains a Texan at heart. In 2018 he was named Texan of the Year by the Texas Legislative Conference. Here is your chance to get the best seats for a George Strait Concert. You don’t want to miss the best tickets available.

George Strait eloped with his high school sweetheart Norma in 1971, traveling to Spain to do so. Later that same year Strait enlisted in the United States Army. As a member of the 82nd Airborne division Strait played in an Army-sponsored band “Rambling Country”. Following an honorable discharge, Strait began his music career while getting a degree in Agriculture.

Playing with the Ace in the Hole band — a group Strait had joined, become the leader of, and renamed — in Honky-Tonks across central and south Texas, he began to gain recognition. A bar owner and former MCA records employee Strait met introduced him to several Nashville agents, who all turned him down. During this time, Strait managed his family’s cattle ranch to stay afloat. Strait would have given up on music altogether if his wife had not convinced him to stick it out a bit longer. Strait eventually got a deal for a single, which turned into a record.

“Unwound” was the first single Strait released with MCA records. The release occurred in 1981 and the track claimed #8 on the Billboard Hot Country Songs chart. Strait Country album to which “Unwound” belongs. Strait Country features two additional singles, “Down and Out” and “If You’re Thinking You Want a Stranger (There’s One Coming Home)”. This album together with its successor, Strait from the Heart, represented a breakthrough in country music at the time. Before releasing his most successful album, the soundtrack to the 1992 movie Pure country, in which Strait starred, Strait had already racked up over a dozen singles. Strait continues to produce into the 21st century., sometimes collaborating with other country artists like Dean Dillon.

On stage George Strait presents himself as the cowboy he is. Wearing Wranglers over his cowboy boots, and a cowboy hat, Strait takes center stage with his acoustic guitar and does little more than strum and sway. The members of what was once the Ace in the Hole Band now accompany Strait’s solo act as his backing band. Later in his career lots of footage of Strait performing live began to be released, including the Country Music Television event George Strait: The Cowboy Rides Away.

Over the years George Strait has gone from playing in honky-tonks to frequenting some of the country’s largest stadiums. Both the XL Center in Hartford, Connecticut and AT&T Stadium has played host to Strait. As have Cowboy Stadium in Arlington and the Prudential Center in Newark. Many country artists over the years have taken the chance to team up with Strait on stage. This group boasts names such as legend Ronnie Milsap and Taylor Swift. If you are interested in buying the best tickets to see George Strait live in concert, now is the time.

Tragically in 1986, George Strait’s first child, his daughter Jenifer, was killed in an automobile accident. In her memory, Strait’s family began the Jenifer Lynn Strait Foundation. The Foundation donates money to children’s charities around San Antonio. Strait has also contributed to multiple charities, the Wrangler National Patriot program being one, which supports wounded veterans, and families of those fallen in battle. Strait is an actual cowboy who can ride horses and rope steers as is his son.

This is your chance to buy the best seats for a George Strait concert. We don’t want you to be left out of the venue. We want you to get the best tickets available right now.