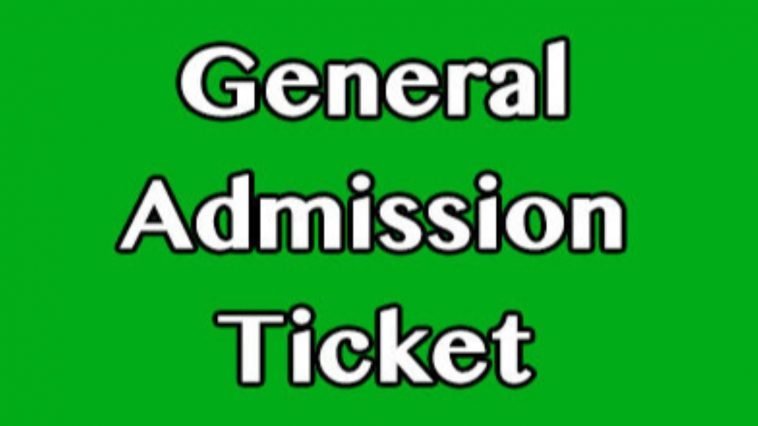 Delving into the world of ticket buying can be difficult. There are tons of hoops to jump through, and approaching the process unprepared can be stressful. We created a frequently asked question list to make buying tickets a little bit easier for you.

How Do General Admission Tickets Work?

When searching for tickets, the most common term you’ll come across is GA or General Admission. These vary from seats to the general standing area, depending on the venue, but you can usually expect to be standing. Sometimes you’ll get a seat number/area assigned to you, but it never really means anything – it’s just for the venue to keep track of tickets. General Admission tickets are usually on the cheaper side of pricing and will save you lots of money in the long run.

How Much Are General Admission Tickets?

General Admission Ticket prices vary significantly based on venue. So many factors play into it – how early/late you’re buying tickets, how big the site is, the size of the performing act, and more. You can expect to spend anywhere from twenty-five to forty dollars on average unless it’s a super high-profile act. Fortunately, General Admission will be the cheapest tickets for the venue, and usually the closest to the stage. As long as you don’t mind standing, they’re perfect.

What Is A General Admission Ticket For A Concert?

A concert usually has more General Admission tickets than any other kind. As mentioned beforehand, these “seats” are often way up in the front and are sold on a first-come, first-serve basis. Those who get GA and who show up early will be the absolute closest to the stage. Sometimes even close enough for the artist to interact with them. Otherwise, you’ll be right up against the barricades and the security bouncers that carry the crowd-surfers.

How Much Does TicketMaster Charge?

When purchasing tickets on TicketMaster, you’ll have varying fees depending on the type of ticket you buy. General Admission tends to charge an extra seven or so dollars for processing, digital convenience, and more. Fortunately, you’ll have multiple options for delivery upon purchasing, including by-mail, digital download, or print-at-home. Some locations even allow you to go pick them up at the venue.

How To Take The Most Advantage of My General Admission Tickets

If you decide to get General Admission tickets to a venue, there are some things you should consider to maximize your purchase. First off, you’ll want to get the show close to an hour early so you can get way upfront. There are no rules when it comes to GA, and venues with seats are a brutal battle. You’ll want to hold your ground, and if you need to leave for whatever reason, get someone to keep your place – fans will do their best to steal it.

The GA show floor tends to get rowdy, and getting lost in the middle could mean getting hurt due to the general carelessness of others – especially in the middle of the show. Securing your place upfront will keep you out of the chaos. Also, getting to GA late generally means you’re stuck way in the back of the venue if you can even fit in at all. You can still have a fun time, but only if you make the initial effort to do so.

Where Does General Admission Apply?

General Admission can mean a few different things depending on the event you’re going to. For a concert, it can mean the standing area (the pit) in front of the stage. For a sports event, it may mean the basic seating area around the stadium. A nightclub may only sell general admission for their entire seating area. Festivals tend to have general admission cover all aspects of the event with a one-time purchase at the door. These can vary greatly, so it’s always important to check what you’re buying when you choose GA.

What Are Alternatives To General Admission?

Usually, the other ticket tiers refer to the seating up above or at particular angles to view the action on-stage. These are always more expensive, but you may get more benefits like particular food and drink options, increased security, opportunities to meet the band, and more. However, these seats aren’t usually the most accurate portrayal of the group and feel slightly out of place. General Admission areas are the rawest – and arguably the most fun – way to experience an act. You get to be there surrounded by other fans and feel the energy, alongside being right in front of the act.

Hopefully, this list answered some of your questions regarding General Admission tickets. They tend to be the most-purchased of the different ticket tiers, and people report to have the most fun in the General Admission areas. Now that you know a bit more don’t forget to buy your next tickets through one of the big providers.