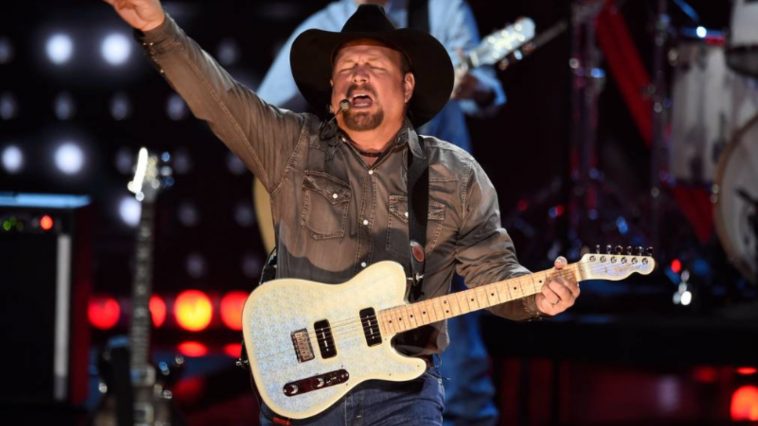 For Garth Brooks fans, they will continue to enjoy the 57 years old singer performing live on stage. This is as the singer announced the continuation of his Dive Bar shows through 2020 on his Facebook live broadcast. In the message, Brooks was excited to extend the tour as he concluded that it was too good to stop now.

“The dive bars are just too good…You’re lucky enough to do stadiums, arenas, theaters, outdoor shows…dive bars might be hitting right on the sweet spot for me,” Brooks said.

The 2020 Dive Bar tour is set to kick off in Boston with date, and sales of tickets to be announced subsequently. The dates and venues will be provided to the public on this platform to get yourself ready when he is visiting a location close to you.

The Dive Bar tour is a promotional tour for Garth Brooks and Blake Shelton single, and Seagram is sponsoring it. The tour has become popular and was a significant feature in 2019, where they visited some cities, including Chicago, Bakersfield, New Braunfels, Sanford, Rootstown, Mount Laurel, and Foxborough. With the Dive Bar Tour set to visit more cities in the United States, his fans are set to see more of Garth Brooks on tour significant towns.

With over 170 million albums sold, Garth Brooks is no doubt one of the most famous artists in the United States. His ability to blend rock and country genre has gained him a huge fan base across major genres in music. He made history in 2019 when he became the only person whose seven albums have attained diamond status. And this set him above other legends in the industry, such as The Beatles.

His first album was a success, reaching number 2 on the Billboard album charts with lots of top-performing singles. Since his first album in 1989, he has continued to entertain his fans with top singles and albums ever since. Brooks has been on several successful and sold-out tours, including the stadium tour in 2018. The Stadium Tour had Brook on thirty stadiums in North America, which were packed full of fans. He followed this tour with the Dive Bar tour, which commenced in 2019 to promote his new album.

The Dive Bar tour was coined from the third single of his latest album titled “Dive Bar,” which features Blake Shelton. Both of them visited and performed in Nine bars in 2019 to promote his album. Tickets for the shows are obtained locally, and with the success of the tour, Brook has announced that the tour will continue in 2020.

With several albums, Garth Brooks has won 22 Academy country Music Award and two Grammys with thirteen Grammy awards nominations. He has also been rewarded from other of his acts and venture, including acting, charity works, and his support for gay rights. He has been around for a long time now, and the 57 years old songwriter and singer does not have any plans to quit music soon.

Getting tickets to his shows can be a difficult task, with so many people waiting to watch him perform live. His live shows have always been packed full of fans who want to catch him achieve his great songs on stage. With his guitar, Garth Brooks gives an electrifying act along with his lovely lyrics that fans can sing along to on stage. His Dive Bar tour is another opportunity for his fans to catch up with his latest acts on stage as he performs with Blake Shelton. It was a success in 2019, and we are looking to more groundbreaking shows in 2020 as you catch venues and dates for the upcoming shows.