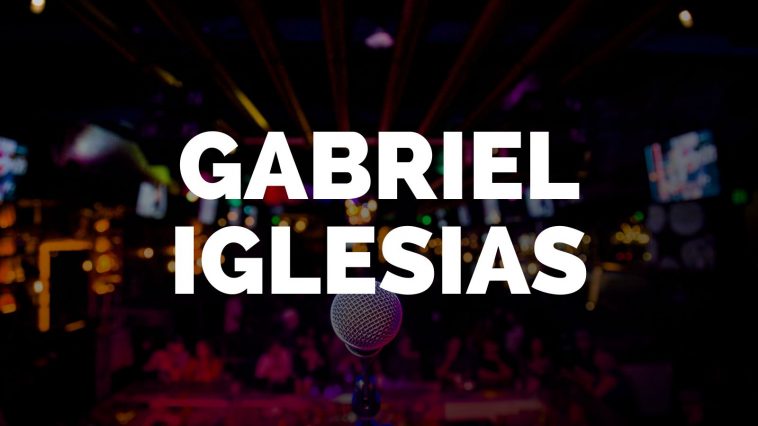 Gabriel Jesus Iglesias is an American Comedian known comically as “Fluffy.” He has become one of the most popular comedians in the states with his jokes often referring to the ups and downs of life as well as his weight. He grew up in San Diego, California in a family with five other siblings. Early in his career, he was influenced by big personality comedians like Robin Williams, Eddie Murphy, and Paul Rodriquez. While he was working at a cell phone company, he began performing at local clubs. In ’97 in he gave up his day job to pursue stand-up full-time. His career started slowly though. He had his car repossessed, and he was evicted from his home. Now, you can get the best seats in the building with the ticket listings below.

In 2000, Iglesias landed his first big opportunity when he became a cast member on Nickelodeon’s All That alongside Amanda Bynes and Nick Cannon. In ’03 he landed a half-hour special on Comedy Central. With the success of his special, he immediately grew his demand as a standup performer. He continued to perform standup as well as appear on a variety of cartoon tv show up till his major breakout, Hot and Fluffy. Hot and Fluffy was a 60-minute special that spawned Iglesias’ coined phrase “I’m not fat, I’m fluffy.” Gabriel Iglesias has continued to be an American favorite funny guy as well as earned roles in movies and television shows.

Gabriel Iglesias worked his way into the spotlight through his larger-than-life jokes and personality. He is himself, physically speaking, a larger-than-life guy. After his early parts on All That and on Comedy Central, he appeared on the comedy competition show Last Comic Standing. He was doing well before being disqualified for communicating with family via his cell phone during one of his sets.

Hot and Fluffy was his breakout hour-long special, but his follow-up, released in 2011, I’m Not Fat…I’m Fluffy was also a major success. That same year, he became a producer and a host of a comedy showcase series Gabriel Iglesias Presents Stand Up Revolution. In 2013 he released another special, Aloha Fluffy, and in 2014 he was featured in a film, The Fluffy Movie. The Fluffy Movie conjoined multiple standup performances with moments in Iglesias’ private life.

Gabriel “Fluffy” Iglesias offers a one-show-fits-all. He is more relatable than ever after going through a physical transformation around 2014. After being diagnosed with type 2 diabetes, the comedian lost 118 pounds and began pursuing bodily health. This means he will be around for many years to come.

Tickets to see Iglesias live are usually sold out, so make sure to be one of the first to buy them. You can find the best deals on Gabriel Iglesias tickets above. Find tickets to your see your favorite performers before they’re all gone is our motto.

Gabriel Iglesias uses his weight and Hispanic heritage as the prominent themes of his standup routines. He coined the term “fluffy” when referring to his weight, which has become a beloved term to audiences. After losing weight, he broadened his relatability with his reality show Fluffy Breaks Even. The show features the comic and his friends attempting to balance their love of food with workouts that will burn calories. In 2018, he was featured in The Hollywood Reporter’s Top 40 Comedy Players of 2018 issue alongside Jerry Seinfeld, Chris Rock, and Lorne Michaels. Iglesias has also acted in Magic Mike, Annoying Orange: Movie Fruitacular, The Book of Life, Coco, and Narcos. He is also one of the most viewed comedians on YouTube.

“Fluffy” Iglesias remains a globally appealing prominent American comedian. His humor is widely relatable, and he connects to a range of audiences through his non-controversial and mostly clean material. He performs all over the world on major stages like Madison Square Garden, Crypto.com Arena, and the Sydney Opera House.

This is the best time to buy Gabriel Iglesias tickets. You will want to do your best to get the best seats in the venue. You are better off being closer so you can really take in the show on another level.