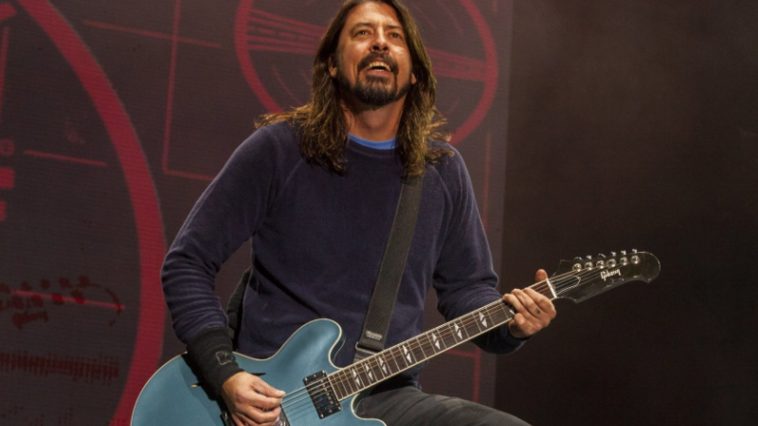 Since the initial 30 concert dates for the USA have already sold out, starting the 26th of January 2018, tickets for additional venues have been released for sale. The additional shows will be performed in Phoenix, Denver, Kansas City, St. Louis, Detroit, Milwaukee, and St. Paul.

The tickets have already been released for general sale and you can get yours at some of the bigger online retailers seen here.

Foo Fighters provide their audience with amazing “live” experiences, filled with enthusiasm, energy, and all the characteristics of an authentic rock band. Their specific concert setlist includes multiple epic instrumentals and the fans can expect to enjoy, during the “Concrete and Gold” 2018 tour, hits such as “Learn to Fly”, “Something from Nothing”, “The Pretender”, “Best of You” or “Everlong”.

In 2017, Dave Grohl, Taylor Hawkins, Nate Mendel, Chris Shiflett, Pat Smear, and Rami Jaffee have provided their fans with out-standing performances in several sold-out arenas: Greensboro, Richmond, Sioux Falls, Cincinnati, and many more. So, the decision to continue touring in 2018 in support of the “Concrete and Gold” album came naturally.

This is Foo Fighters’ ninth album and was released on the 15th of September 2017.  Its release to the public was announced in several live performances by the band, who offered their audience a preview of selected songs and videos. “Concrete and Gold” debuted as Number One on the “Billboard 200”. It’s the band’s second No. 1 on this chart after “Wasting Light”.

The album is suited more for all-in-one-session listening than for auditions in several episodes and it features guest vocals from some of the “biggest pop stars in the world”.

Justin Timberlake dropped by the studio one day and offered his contribution, yet remains uncredited for “Make it right” song in which he is featured.

Alison Mosshart of “The Kills” is the backing vocals guest on “The Sky Is a Neighborhood” – a metal anthem and on “La Dee Da”.

Paul McCartney plays the drums on “Sunday Rain”, a decision apparently odd until we listen to the song, which sounds a bit like “The Wings” in their glorious period and a bit like the late Beatles.

Inara George of the “Bird and the Bee” and Shawn Stockman of “Boyz II Men” lends the album a piece of their unique voiceprint.

“Happy Ever After (Hour Zero)” might be the best song on the album. A real ballad, its lyrics (“There ain’t no superheroes now/They’re underground”) express personal emotion and recall the Beatle music.

In “Dirty Water”, Dave Grohl offers the audience the experience of guitar poetry while gently singing “I feel an earthquake coming on”, while the song “Run” won the Grammy Award for Best Rock Song in 2018.

The band’s frontman, David Grohl, declared he wanted this album to sound like “Motorhead’s version of Sgt Pepper”. And judging by the influence felt throughout the album – Led Zeppelin, Beatles, and Motorhead – it seems that he made it.

The story of Foo Fighters – a name given by American pilots to unidentified flying objects spotted over Germany during World War II – began in October 1994. After the death of Kurt Cobain, Nirvana’s drummer David Grohl found himself without a band to play with.

Offers to join other rock bands – either grunge or heavy rock – started to pour in. However, since Grohl had a notebook full of songs that he wanted to record, he decided to follow his gut. So, he booked time in the studio, chose 15 songs from the ones he had composed, and started recording alongside his friend and producer Barrett Jones. By himself! Performing on every instrument and vocal part on 14 of the 15 songs (“X-Static” track featured a guitar part played by Greg Dulli of the “Afghan Whigs”). He did that in just 5 days. Calling both the band and the album “Foo Fighters”, he shared his musical material among friends and family. From there, the album reached several record companies. Grohl signed with “Capitol” company and recruited drummer William Goldsmith from “Sunny Day Real Estate”, bassist Nate Mendel and guitarist Pat Smear. Just 4 months after the album’s recording, in 1995, the band Foo Fighters was making its debut – live and in public. Their music marked a return to the basics of hard rock and it was, as Grohl described it, “real music”.

The public debut has proved that Grohl – now transformed into a bandleader and songwriter – was amazingly talented. This feature, combined with the band’s unique sound and great songs, has helped the band reach fans all over the world. This was the beginning of a 23-year musical journey that translated not only into hits like “This Is a Call”, “Monkey Wrench”, “Young Man Blues”, “I’ll Stick Around”, “Big Me”, “My Hero” or “Everlong”, but also into more than 90 nominations and various awards: AltRock Awards, American Music Awards, BBC Music Awards, Brit Awards, MTV Video Music Awards and 12 Grammy Awards.

Foo Fighters are tireless and still deliver a thrilling experience to their audience.